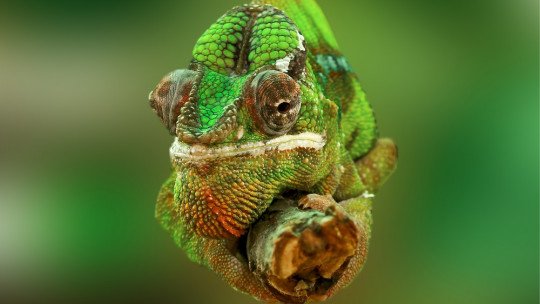 Just as the mind and consciousness arouse interest, life itself does not escape the curiosity of the human being who wishes to have knowledge of everything. It is normal that Biology is an interesting science , because it seeks answers related to the very functioning of life.

25 Biology questions to test your knowledge

In the following article you will find a selection of Biology questions (with their answers) that any student or interested in this science should be able to answer without problems. Having said that, I begin.

The cell is the fundamental unit of life . Whether we speak of a being formed by a cell (unicellular) or by a set of cells (pluricellular), this element is always present. Thanks to its differentiation in functions, evolution has given way to increasingly complex organisms.

2. Who was Robert Hooke?

Hooke was an English scientist who coined the word cell after seeing them for the first time. This researcher observed a cork plate with a microscope, looking at a network of voids (hence the name cell), although he did not know how to associate this with the actual functions of these small microscopic bodies.

3. What is the difference between prokaryotic and eukaryotic cells?

The main differences between the two major cell types are the fact that prokaryotes (e.g. bacteria) have no organelles (complexes that perform functions) inside them and their genetic material is free inside the free membrane , and not in a nucleus as in the case of eukaryotes.

What about the difference between plant and animal cells?

The answer to this question about Biology is easy, the big differences are that only plant cells have cell walls, which generate the rigidity that characterizes plants, and have organelles known as chloroplasts, which are responsible for photosynthesis.

5. Who was Louis Pasteur?

Louis Pasteur is considered the “father of modern microbiology”, since thanks to his work he refuted the idea of spontaneous generation , demonstrating that life does not appear by chance. He is also known for his sterilization technique: pasteurization.

6. What does the theory of biogenesis say?

This question in Biology is related to the previous researcher, since the theory of biogenesis indicates that a previous life is needed to generate life. That is, life is not generated from nothing.

7. What does “sterilized” mean?

To say that an environment is sterile means that in principle all forms of life, even at the level of microorganisms, have been eliminated from that environment.

8. Who was Charles Darwin?

Darwin was an English naturalist who, together with Russell Wallace, promoted the idea of the biological evolutionary theory through natural selection , a mechanism that tries to ensure that those who survive have a greater chance of reproducing themselves.

9. What is biological evolutionary theory?

Related to Darwin is the evolutionary theory, which indicates that current living beings are the result of progressive changes in the reproductive successes and failures of ancestors . These ideas eliminated the hand of God in explaining the creation of species.

10. What is genetic material?

A pretty important biology question. If I was talking before about the cell being the unit of life, the genetic material is the basis for it. In it is stored the information for the creation of the cell, as well as all its functions.

11. What is duplication, transcription and translation about?

A protein is a chain of amino acids (AA), which the cell uses as a tool to perform its functions.

13. What is the difference between DNA and RNA?

I will answer this question very briefly. Without going into too much detail, the differences are at the structural and functional level.

Who was Gregor Mendel?

Mendel was a monk and naturalist who is considered the father of genetics because of his famous studies with peas, unveiling many of the mysteries of genetic inheritance.

DNA is made up of a chain of nucleic acids (NA). The gene is a fragment of it, and contains the information to create a particular protein , mainly.

Genetic material has its own language. In simple terms, the order of the NAs that make up the DNA provides information, whether it is a gene or an initiation sequence, for example.

17. What is the cell cycle in eukaryotes?

Eukaryotic cells follow a life cycle, and their purpose is cell division. It has four phases, differentiated into two large groups: the interphase, where the cell is prepared for division; and the M phase, where partitioning into more than one cell takes place.

18. What are the differences between mitosis and meiosis?

There are two types of cell division, which differ mainly in their outcome. While in mitosis two identical cells are formed, in meiosis it ends with four cells and each one has only one DNA strand, instead of two.

This biology question refers to one of the errors that can occur in DNA. A mutation is nothing more than a change in the sequence of a gene , changing the meaning of this information.

Just as we talk about proliferation, cells also have a programmed cell death. This process is known as apoptosis.

Metabolism refers to all chemical or physicochemical reactions carried out by cells or organisms.

All living beings, such as animals and plants, have a relationship both with each other and with their surroundings. The whole of this is what we know as an ecosystem.

23. What is the difference between gymnosperms and angiosperms?

The answer to this question related to plants is the following: gymnosperms do not have showy flowers, unlike angiosperms.

24. What is the difference between invertebrates and vertebrates?

Another general classification, in this case referring to the animal kingdom , is the division between vertebrates and invertebrates. The former have a bone structure, and the latter do not.

25. What types of reproduction are there?

Generically, there are two types of reproduction: asexual and sexual. The difference is that the latter makes use of gametes (e.g. sperm).