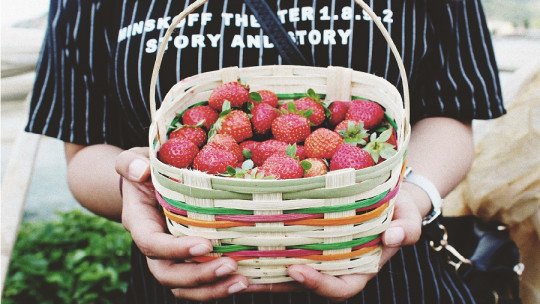 It is not uncommon to hear that there are certain foods that can improve your intimate relationships.

These substances, which are known as aphrodisiacs, have a direct impact on your sex life , affecting your hormones, chemistry in your brain and your energy and performance in bed. Some aphrodisiac foods have psychoactive properties and others increase blood flow to the genitals. They are also healthy.

There are a variety of aphrodisiac substances. But… what are these substances and foods? what benefits do they provide?

Below is a list of aphrodisiac foods that will help your sex life.

Strawberries are one of the most used aphrodisiacs . Specifically, strawberries with cream and champagne are one of the most sexual (and romantic) combinations we can use to have a passionate evening with our partner to remember. Strawberries directly affect the endocrine glands, so they release stress from the body and make it easier for us to have the necessary sexual attitude.

Asparagus is a very nutritious and healthy food, but it is also an aphrodisiac . This food is a great source of potassium, fiber, vitamin B6, vitamins A, vitamin C, thiamine and folic acid. It also stimulates the release of histamine, which is involved in the ability to achieve orgasm in both men and women.

This food is a perfect condiment not only for your meals, but also for your sex life . Chop the basil and add it to different recipes will have a positive effect on your sex life, that is, it not only adds fresh taste, but also increases the sexual desire by increasing the heart rate and improving the blood flow. However, it takes a lot of this substance to have an effect.

According to an article in the ABC newspaper, pomegranate juice has a similar effect to viagra , which was proven by Queen Margaret University in Edinburgh. The seeds of this delicious red fruit also improve blood flow and increase genital sensitivity.

Wine and cava are one of the best aphrodisiacs . Wine, accompanied by a good dinner, and cava, with some strawberries, cause a considerable rise in sexual temperature. However, they contain alcohol, and therefore their consumption should be moderate.

Many cultures consider algae for their aphrodisiac properties , which are a food rich in vitamins B1 and B2, and help in the production of sexual hormones. They are also a source of manganese, iodine, and selenium, which can have an effect on metabolism and mood.

Nutmeg is a highly reputed aphrodisiac in different cultures such as the Hindu one , in which it is believed that when heated it stimulates the sexual appetite. You don’t have to heat it up to enjoy its benefits, you can grate it a little and add it to a cup of tea.

Truffles also have a great aphrodisiac reputation that dates back to ancient Roman times . Some claim that their smell is similar to androstenone, which works as an attractant for the opposite sex. It is certainly an aphrodisiac that is not suitable for all pockets.

Dark chocolate is a delicious aphrodisiac that has been used for centuries . It contains phenylethylamine (PEA), which is produced in large quantities when one is in love, and raises energy, mood and attention.

This fruit has a sweet and delicious taste, and contains a large amount of citrulline , which increases nitric oxide which is a vasodilator that improves blood circulation, which can increase arousal and erection in men.

The ancient Romans used this green vegetable as an aphrodisiac . In addition to its aphrodisiac properties, arugula aids in digestion and is a great source of vitamins A and C. Add arugula to your salads to benefit from its aphrodisiac effects.

The avocado is a very nutritious food, rich in healthy fats . The avocado tree was called by the Aztecs “testicle tree”, because when this food is on the tree it looks like hanging testicles. Avocado is rich in folic acid, vitamin B6 and potassium. It is also said to have a positive effect on the immune system.

Coconut water contains the same electrolyte level as blood . It also acts as a metabolic booster and increases blood flow, and therefore functions as an aphrodisiac. In addition to its high mineral content, coconut water also contains vitamin C.

Ginger is a good condiment that also increases circulation and body temperature . In fact, it increases sexual desire and improves pleasure. It can be added to many things, for example to a delicious tea.

Few would imagine that the carrot would be on this list, but this food also contains vitamins that are important in the production of hormones . For example, vitamin A, which assists in the production of sex hormones and in men protects the cells of the reproductive system from premature aging. Carrot increases sperm production.

Jalapeños (and spicy ones in general) are aphrodisiac foods . They contain capsaicin, which raises the body temperature and increases blood flow. They also cause the brain to release endorphins, which make us feel good. Along with the internal effects that lead to sexual desire, it also has external effects that cause the external appearance, such as red skin and swollen lips. that increases the other person’s sexual desire.

These nuts are an ancient symbol of fertility that dates back to biblical times . their sweet fragrance also acts as a sexual attractant. In addition, almonds are rich in beneficial fats, fiber and vitamin E.

Oysters are considered one of the quintessential aphrodisiacs.They increase the levels of dopamine which, in turn, increases the libido of both men and women. Zinc is essential for the production of testosterone and healthy sperm , and oysters are rich in this compound.

Bananas are delicious fruits that remind us of the shape of the male genitals . But they are also an aphrodisiac because they contain bromelain, an enzyme that causes the production of testosterone. They also contain potassium and vitamin B and provide energy.

If the banana reminds us of the male reproductive organ, figs do the same with the female reproductive system . This fruit appears in the Bible, when Adam and Eve carried fig leaves to cover their intimate parts. The Greeks already associated this food with love and fertility.

Although many hate the smell of garlic, it actually increases sexual attractiveness, because it affects the body’s aroma . This is what they found at Charles University in Prague, when a group of subjects were asked to put patches on their armpits to collect sweat. Some ate garlic and others did not. Afterwards, a group of women had to evaluate the smells, and they concluded that those who consumed garlic were valued as the most attractive.

Cinnamon has a thermal effect and increases sexual desire . It is a healthy food with anti-inflammatory properties, and can help normalize blood glucose levels. A tea with honey and cinnamon is a good way to mix these two aphrodisiac foods.

Loaded with zinc, which is essential for the production of testosterone , have been used since the Middle Ages for their positive effects on sexuality. You can grind them with basil, garlic and olive oil to make a delicious pesto.

Cardamom is a species that has great aphrodisiac power . It can be ground for use as needed. It has a warm and spicy taste and can increase blood flow, which probably explains its aphrodisiac properties. It is also an antimicrobial and anti-inflammatory agent.

This crunchy vegetable is usually consumed in soups in different parts of the world . Its nutrients are aphrodisiac and it contains two important components: androstenone androstenol, which function as a sexual attractant when consumed