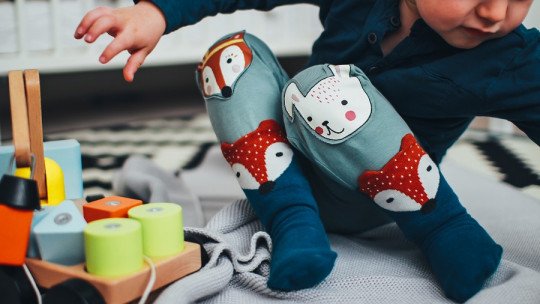 Boredom is a passing state in which we have nothing to do and in which we begin to ruminate and turn our heads. It also makes us tired and in a negative and pessimistic mood.

Boredom can appear in adults, but also in children. And when the latter feel bored, they start looking for ways to entertain themselves, sometimes even misbehaving in an attempt to get attention. That’s why it’s important for children to feel stimulated and have fun. This way, in addition, they also stimulate their brain while having a good time .

Games to play at home

In the following lines you will find a list of ideas for playing and having fun when you are at home or for your children to have fun . We have tried to make them varied and, above all, very entertaining.

Making a puzzle is a classic of home games , and depending on the complexity it can take several days to complete. It will keep you busy and is ideal for all ages. There are simpler and more complex puzzles. The box usually shows the recommended age for use.

Another classic board game that can bring the whole family together in an unprecedented competitive battle . Regardless of who wins, the important thing is to have a great time in company. There is a version for both adults and children (called Monopoly Junior). Be careful, because if you don’t manage it well, the game can end up in anger and quarrels.

Stratego is a mythical board game not so recommended for children but for adults . It is ideal for those who enjoy simulating warlike battles, where intelligence and strategy (as the name suggests) are essential to emerge victorious from the war.

Ideal for children. White T-shirts and T-shirt paint are required for this game. The game is simple: you have to select different colours and different objects with different shapes . For example, a large pepper. You cut it in half and put the part you have cut into the paint so that it works as a brush. Then, you take the pepper and put it on the T-shirt, as if it were a stamp, and it is a beautiful flower shape. Creativity depends on each person.

To make this game you only need colors and a sheet of paper . Then you have to draw a tree (as pretty as possible) and put the names of the relatives on each branch. It is also possible to place photographs instead of writing the name of each family member.

Card games are also a good option for any age . For adults, playing poker can be a lot of fun, but children can play, for example, to find partners.

Family gatherings or special occasions are ideal for bringing the whole family together and spending great moments in company. After a good dinner, it’s always fun to play bingo. Bingo can be found in many shops, for example the classic “Chinese shops” .

If you have small children you may have the classic “ball pool” balls at home , but you can also use other types of small balls. The idea of the game is to take the baskets of clothes and put different scores depending on the distance from where the shooter of the clothes is located… The closest one can be worth 50 points, the next one 100 and the other 150. The game consists of throwing balls and counting the score achieved after 5 attempts to shoot a basket.

To spend some fun time with your children you can make a collage , which consists of sticking other materials, such as paper, cloth, photographs, etc. on a canvas, paper or other surface. Creativity depends on each person, but as you have an idea of what you want to do and the collage is built, the satisfaction will increase.

For children to play with small cars it is possible to create a circuit or city on the ground with coloured adhesive tape. Everyone can build whatever they want. An entertaining activity not only during the creation, but also enjoyable when it is built, because the little ones can use it as a circuit for their cars.

11. Exercises for the mind

There are different games that can help the little ones and not so little ones to exercise the mind, for example, brain training games. But in those moments of boredom, it is also possible to fill up a word search.

Everybody likes to play hide-and-seek, but the ideal is to have a big house . This game is designed for the youngest children, but perhaps some adults will dare to play too.

A very funny game is the darkroom . One person must wait outside the room, while the others hide and turn off the light so that the room is dark. Once they have hidden, they warn the boy to come in and look for them. Once inside, he must find them and guess who he is and also say his name. The game ends when the seeker finds all the people in hiding.

This is the typical game that every living thing has played . It consists of one person (the one who directs the game) saying the phrase: “I see, I see…” and the other (or others) asking: “What do you see? The first one (again) says: “A little thing…”. The others ask: “What little thing is it?”. The first one then says: “A little thing that starts with the letter…”. Depending on the letter it says, the others must find out which object in plain sight is the one that the person leading the game has chosen.

To play this game, you have to take a bag and introduce objects that you find around the house : A ball, a pen, a stuffed animal… Then, you have to blindfold the other person who has to guess what the object is. It is recommended for people over five years old.

16. He who laughs last laughs best

Two people should sit in front of each other and stare into each other’s eyes without laughing. The moment one of them laughs, he loses the game. A simple game, which requires nothing more than the desire to have a good time and which is also fun.

Twister is a fun game that I’m sure everyone knows . It consists of placing a kind of plastic carpet with coloured circles. Then you have to make a throw so that an arrow indicates the color you have to step on and you have to put one of the members on a circle of that color.

To make a homemade Twister you can take a look at this video:

Children and adults love to sing, and playing karaoke is always a good way to pass the time , especially for those who feel the passion for music and have a good voice.

Wildlife is a card game in which it is necessary to have a few pennies at hand . It is called fauna because each player must learn the sound of an animal. Then the cards are dealt one at a time and when two players have cards, they must express the animal sound they have learned. The first player to do so wins a coin from the other.

The game consists of making a circle of chairs . It is ideal for playing with the family or a group of friends. If 11 people play, there should be one less chair, that is, ten. Then, the music plays and when it stops, the participants must sit down. Whoever does not sit down is eliminated. The game moves forward and another chair is removed and the music plays again.

The participants sit on a chair, barefoot . They place a piece of rope tied to their feet (the rope tied at the ends to the ankles). Then they must try to tie a knot. The first one who succeeds wins. For adults and children over 10 years old.

22. I have just come from the supermarket

A game that makes use of memory. It consists of recreating a shopping list from to . The first one should say: “I’ve just come from the supermarket and bought oranges”. Then each player must repeat the previously bought items and add one more. The one that fails is eliminated, and the game continues until there is only one participant left.

Reading a story is always fun, especially when they are very young . Obviously, it should be the adult who reads it to them, and if possible, dramatize it and put it in context so that the little ones get into the story.

Little ones also enjoy dressing up, especially if they have a costume they like . If there are several of them, they can exchange roles and have a lot of fun.

There are games that can be really fun when you’re in a group, especially those that are played, for example with Wii, and where you have to be active to simulate real situations.

26. In Search of Lost Treasure

It is possible to hide various treasures around the house and have the children look for them . You can give them visible clues or draw up a map to make it more interesting.

Tic-tac-toe is one of the classic games that can be played anywhere . It is necessary to have a board (even an imaginary one) in order to place the tiles in a 3×3 matrix. The tiles can be nuts, marbles or any object that is around the house. The first one to get a line of three checkers wins.

Building paper boats, flowers or planes is also an option that children may like and that entertains them . In the case of airplanes, it is especially fun when you get them to fly.

The phone game is great for the little ones, and the more the better . You have to put the little ones in line and think of a relatively long sentence. Then, each child should say the phrase in secret to the one next to him, until he reaches the last one to say it. Many times, the initial sentence is distorted and ends up in a different sentence.

Dominoes are a game that adults especially like, but children also like . It is ideal for playing in your free time and you can have real competitions.

It is necessary to be careful with the furniture when playing this game , so it is ideal if there is a garden in the house or plot. It consists of making balls with the socks and using them as if they were weapons.

In a space where there is no danger of breaking anything, it is possible to take empty bottles and place them as if they were pins. Then, with a ball (preferably plastic) you have to knock down the objects.