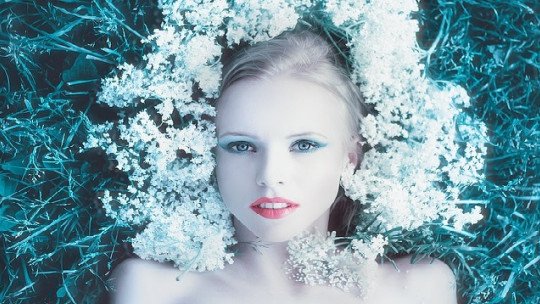 Human beings are curious and constantly look around for answers to the events that occur or the people with whom we interact.

In addition, we try to find meaning in our lives, so we are always questioning things and asking questions that allow us to get more information, as well as to have a better explanation of what is happening around us or in our lives.

There is a type of question that, either because science has not found an explanation or because the question makes no sense, has no answer. In this article we have made a list of unanswered questions .

There are a number of philosophical and scientific questions that remain unanswered. They are as follows.

1. Will there be life on other planets?

A question that has no answer but that both philosophers and scientists have asked themselves: does life exist on other planets ? Some individuals report seeing flying saucers, but there is no evidence that extraterrestrial life has ever set foot on earth. If there were life on other planets, what kind of life would it be?

Is there life after death?

After death, what happens? Logically, there is no evidence that our souls go to heaven. But, if we have not been there to prove it, it is not an absolute truth either.

3. Is the Universe expanding?

Until recently it was believed that the universe was infinite, today the scientific community seems to be clear that it is expanding . This is hard to imagine if we stop to think, and perhaps in the future another explanation of the cosmos will appear.

4. Is the Big Bang theory true?

If the Universe expands, the Big Bang theory would make sense . However, there are also scientists who criticize this version.

5. Why is there something instead of nothing?

And of course, how can the universe have come out of nothing. How can there be nothing? And… that there is something? Where do these physical laws that govern us come from? Nothing in modern physics explains it.

6. How many universes are there?

If it is already difficult to understand our Universe, imagine considering the existence of others. Is it possible that there are more Universes? I would say no, but… what if there are?

How is human nature? Is it good or bad? What is clear is that we are adaptive and the environment conditions us. But to what extent do genes determine our personality?

Life is not fair, we only have to look around us . Barbaric occurrences are the order of the day, and corruption from those who are supposed to protect us as well. Besides, what is fair to me may not be fair to you.

9. What is the meaning of life?

Does the supreme being exist? It seems hard to believe, considering that there are many religions that we can find in the world. Besides, since life is so cruel, even for the innocent, why doesn’t our Lord do anything about it?

11. Where does the human being come from?

Were we evolved from simpler forms of life? Are we a mixture of several ape species? Were we created by a higher intelligence?

A much sought after and claimed value, but… do we know exactly what freedom is? Perhaps each person has a different and unique conception, so it is not easy to talk about freedom without bringing up certain subjective evaluations.

One of the most difficult questions to answer, as it is highly subjective. Not even if we gathered a hundred experts could we achieve unanimity in describing what an artistic expression really is, and what it is not.

14. Can we be sure that we are not an experiment?

Or, to put it another way: how certain are we that the reality we know is precisely real? It is not unreasonable to think that we live in a fictional reality, as in The Matrix.

Other questions are simply unanswered because they are absurd or meaningless.

1. How far do bald people wash their faces?

It can be difficult to know where the boundary between the face and the scalp is when there is no hair to tell it apart.

2. Why is it that when a person is right, they must be given it? If he’s already right. In that case you should give it to him when he doesn’t have it, right?

A question that makes no sense and therefore has no answer either.

3. Why is it that if you blow a dog’s nose it gets angry and if we take it as a passenger in the car with the window down it sticks its head out into the wind?

You probably stick your head out of the fresco or to smell what’s outside . The answer to this question is unclear.

4. Why is Goofy able to walk on his two feet and Pluto goes on all fours? Aren’t they both dogs?

In cartoons, many times things happen without explanation.

5. Why did the Flintstones celebrate Christmas if they lived before Christ?

It doesn’t make much sense for the characters in these cartoons to celebrate Christmas.

6. How do I know how many lives my cat has left?

You can’t tell or… yes! He only has one life left, which is the only one he has.

7. Do infants enjoy childhood as much as adults enjoy adultery?

It is not possible to answer this question, as it is made by playing with words.

8. Why is there no cat food that tastes like a mouse?

Well, it’s hard to answer that question. Has anyone ever thought about it?

9. Why do we have to get around the dangers? But if people don’t want them or give them away…

A quote that has a certain sense of humor, so there is no “no” to look for the answer to this question because it doesn’t have one.

10. Where do farm workers go when, tired of their work, they decide to “get away from it all”?

City workers go to the country to relax. They probably won’t get as stressed out in the country as they do in the city. If they do, they can enjoy the country itself.

11. Why is no one able to tell that Clark Kent is Superman? Can a pair of glasses and a curl change a person so much?

It’s funny that, just by changing their glasses and hairstyle, no one realizes that Clark Kent and Superman are the same person.

12. If a lawyer goes crazy, does he lose the trial?

It has nothing to do with a lawyer going crazy to lose a trial, so this question is rather ironic.

Language has these things. You don’t have to look in places where there’s nothing.

14. Where is the other half of the Middle East?

The Middle East refers to its position on the map, not the quantity.

15. Where is the other half of the environment?

Same as the previous question. It has nothing to do with quantity.

16. Why does Tarzan have a mane but has not grown a beard in all his years lost in the jungle?

Although he could be a barbilampire, Tarzan is a fictional character, who appears in a film.

17. Why do we press the buttons on the TV remote control so hard when we know the battery has run out?

It is difficult to answer this question, but the same frustration of not being able to change channels can lead to this reaction.

18. Why is it that the only thing that is never free at an open bar party is the bar?

The open bar refers to the fact that the drinks are free, not that the bar is unoccupied.

19. If ordinary is synonymous with vulgar, why does extraordinary not mean very vulgar?

There’s no reason why it should be like that. It’s part of the language,

Again, you don’t have to look for the three feet of the cat, because language is like that.

The location is not the reason for the name. The answer, if any, must be the similarity to the parts of the rooster that are shaped by these phenomena.

22. If the water is colorless, why is the part of a towel that has been immersed in water darker than the dry part?

This produces a wet effect, not that it changes the colour of the towel.

23. If you were a masochist in life, wouldn’t it be a reward to go to hell and a punishment to go to heaven?

A question that mixes pears with apples.

24. If jail and prison are synonymous, why are not jailer and prisoner?

While both roles are part of the prison system, this question makes no sense and should not be answered.