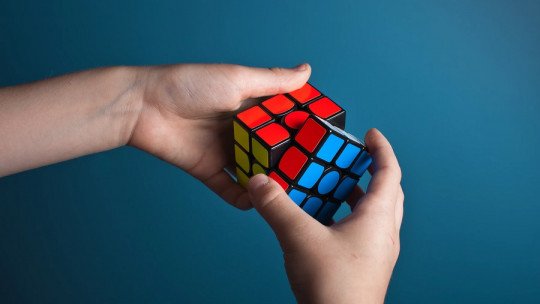 Memory is a mental process and a cognitive capacity that we use daily and practically since we are children. It is a fundamental process that makes learning possible. There are different types of memory according to their usefulness, temporality, characteristics…

In this article we will refer to two of them, and we will talk about the differences between short-term memory and working memory . These are only some of them, the ones considered the most relevant. Previously, however, we will talk about what memory is and about the origin of the definitions of short-term memory and working memory.

Memory refers to a cognitive process, which involves the ability to record and evoke memories . In other words, it allows the recording of external (and internal) information in order to later store this information, having it available to be evoked at another time. However, there are many types of memories, according to the criteria we use to classify them.

The part of psychology that deals with the study of memory is basic psychology, which also studies other psychological and cognitive processes such as learning, perception, sensation, motivation and reasoning.

Origin of short-term and working memory

On a historical level, the first classification made of memory was that which divided this mental capacity into: short-term memory and long-term memory. While the former referred to the memory of events that have just occurred a few seconds ago (i.e. the ability to store and evoke those events in the mind), the latter referred to the ability to remember in the long term, i.e. events that have occurred longer ago.

Later on, however, another author proposes a slightly different definition of short-term memory. This author was Alan Baddeley, and proposed the concept of working memory or operational memory within the model of the central executive. According to him, short-term memory is a type of operational memory, which is understood as a type of “active”, “dynamic” memory that not only evokes information, but actively transforms it to use it in the required tasks.

For example, the operating memory is the one we use when we are adding, subtracting, multiplying or dividing high numbers, and that allows us to manipulate and “memorize” the numbers we are using to reach a final result. That is, what A did. Baddeley did was to add an executive function to the short-term memory.

Differences between short-term and working memory

Other authors than A. Baddeley, but, consider that the short term memory and the operative memory consist of two totally different and independent concepts. Knowing all this, let us summarize the differences between short-term memory and working memory:

The first of the differences between short-term and working memory refers to the very definition of each of these concepts. Thus, roughly speaking, we can say that short-term memory refers to a type of memory that follows a time criterion, and that consists of the capacity to store and remember recent events (that have just occurred a few seconds ago).

Specifically, short-term memory has the ability to keep information active in the mind for 30-40 seconds.

On the other hand, working memory, although it could be considered a type of short-term memory (according to A. Baddeley), refers to a type of memory that follows a more functional criterion ; that is, it speaks of a type of memory that allows us to temporarily keep certain information in our minds, and to manipulate it (usually it is information that we have just recorded) in order to use it in our learning or in the task we are developing.

As a result of the previous section, we can extract that working memory allows us to obtain results, solve a problem, etc., while short-term memory is more “limiting” in this sense, and what it allows us is to obtain or evoke information that we have just recorded.

4. Intervention in other processes

This is because working memory allows us to use and manage information from different sources to later evoke and use it on other cognitive processes such as those mentioned. This is why it is an increasingly important and academically recognized memory, since it enables and facilitates the different learning processes.

5. Relationship to other types of memory

Can we relate these two memories to other types of memory? In the case of short-term memory, we have seen how its “opposite” is long-term memory , in the sense that both of them refer to a temporary criterion of memory retention. However, their relationship ends there.

However, continuing with the differences between short-term memory and working memory, we see how working memory does maintain an active relationship with other types of memory; in this case, with long-term memory.

Specifically, what working memory does is build associations and relationships with the data we handle , to end up integrating them together with other information stored in the long-term memory. This can be related to the previous section, since this relationship with long-term memory enables other cognitive processes relevant to learning.