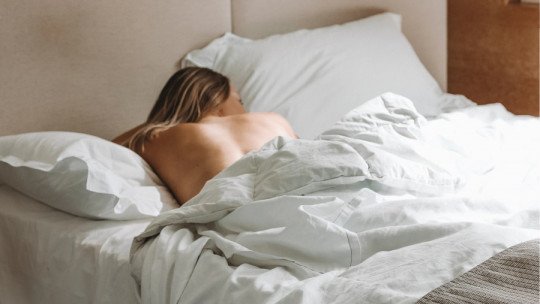 As science advances on issues related to mental health, it is becoming clear that the importance of restful sleep is crucial.

It’s not just a matter of not feeling bad in the morning and doing better at work or studying; something as simple as not sleeping well for several months also increases the chances of developing a wide variety of psychological disorders, and even some diseases that go beyond the functioning of the nervous system and affect other parts of the body.

That is why it is essential to adopt certain simple habits that allow us to sleep better and to make the most of the hours spent resting. Even if you have problems falling asleep.

Why is it important to get a good night’s sleep?

If we spend a good part of the day sleeping, it’s not by chance. In nature it has been seen that practically all vertebrate animals need to sleep with a periodicity similar to that of humans; even species that due to their biological characteristics do not rest as we do enter into a state of drowsiness, in some cases causing the two halves of the brain to take turns to sleep (as happens, for example, with dolphins).

This is due to something relatively simple: with complex nervous systems, it is necessary to have a self-maintenance system that is up to scratch . This is why our bodies have evolved to be active during certain hours of the day, and inactive during the rest of the time. And the best way to take advantage of this stage in which it does not make sense to go out and look for resources or to create links with others is to make the nervous system charge energies and reorganize its functioning.

In fact, it is believed that one of the reasons why we need sleep is not only to prepare our networks of interconnected nerve cells to face a new day, but also that the sleep stage allows us to consolidate in our long-term memory useful contents that we have learned during the previous hours, either consciously or unconsciously.

This fits in with what we know from neuroscience research : when we sleep, our nervous system not only doesn’t turn off, but we can hardly say that it is much less active than when we are awake. At that moment millions of neurons begin to send out electrical signals in a coordinated manner among themselves, and patterns of nerve activation are generated that give name to the different stages of sleep: the REM stage and the non-REM stage, which in turn is divided into other phases. The human brain is made to take advantage of these hours to go through these phases and let the neuronal interconnections readjust to each other, looking for the best possible configuration for the morning with charged batteries and a clear mind.

Keys to Better and Remedial Sleep

Now that we’ve seen how far sleep is from being a waste of time, let’s look at some tips for getting a better night’s sleep. To do this, you must start to integrate these habits into your daily routine, and although at first it will require a certain level of commitment, if you do it well, it is very possible that after several months you will get out automatically, without the need for premeditation to come into play.

1. Coffee, only in the morning

The psychoactive power of caffeine should not be underestimated: introducing this substance into our system will have effects even if we are not immediately aware of it. That is why it is best to maintain a certain discipline in the consumption of caffeinated beverages , making it inconceivable for you to drink it in the second half of the day.

In many studies, Mindfulness has been shown to be effective in managing certain experiences related to anxiety and even pain. So if you feel something is bothering you and you’re going around in your head, or if you have a health problem that makes you feel a little sick, you can try this kind of meditation-inspired practice. Of course, it is advisable to receive training from a professional psychologist , so that he can teach you the basics and from there you can apply them in your daily life. Psychologists can help a lot in this sense.

Not all the keys to better sleep come from controlling what goes on inside our bodies: the environment also has an influence, and a lot of it. Take the time to see which elements of the room you sleep in work and which don’t work to allow you to enjoy a good quality of sleep. Sometimes the ultimate solution is something as simple as stopping and realizing that you need to be less exposed to the light from the streetlight coming in through the window, or buying a more comfortable mattress.

Also, if you notice you’re having trouble sleeping, try not staying in bed for several hours to do activities that don’t involve rest, such as eating or using a laptop. This way you will associate that place with what you see and feel every time you are about to start sleeping .

If you are in the habit of going to the gym, going for a run or playing any kind of sport, be careful not to do so during the hours before you go to bed. If you don’t respect this guideline, you will probably end up “cheating” your body, so believe that dinnertime is still a time when the environment can provide challenges that demand physical effort.

As a consequence, when the time comes at night when we try to go to sleep, the state of activation of our nervous system and our endocrine (hormonal) system will simply not leave us , and we will not be sleepy until much later.

Just as it’s important to be careful when you exercise, you also need to keep some control over your working hours. There are two reasons for this.
On the one hand, work activates us mentally, even when by our profession what we do is fundamentally intellectual work. It’s true that writing a report shortly before going to bed doesn’t mean the same for our quality of sleep as spending that time running around for a while, but despite that, it will probably make it a little harder for us to start sleeping at the right time, because our brain will be more “on”.

On the other hand, if we allow work to gradually come into the schedule of what should be our free time, it will be easier for our chores to accumulate as the days go by (due to the domino effect) and for us to be forced to go to bed late to become the rule, not the exception.