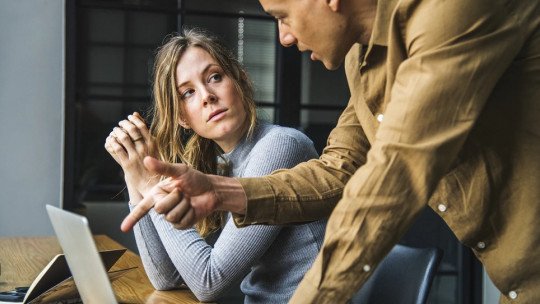 Ways of effectively resolving conflict can vary depending on how one understands the notion of conflict. They can also vary according to the specific context in which the conflict occurs. For example, a strategy that is applied to resolve a conflict in the family may not be effective, but it may be effective in resolving a conflict within an organisation.

However, the social sciences have offered us different guidelines for generating resolution strategies that are more or less applicable to different contexts. Below we will see a brief definition of conflict offered by psychology; followed by 5 ways of effectively resolving a conflict that have been proposed by some experts in conflict and negotiation theories.

What is a conflict?

Organizational psychologist Mary Parket Follet (ct. in Domínguez Bilbao and García Dauder, 2005) defines conflict as the result of a difference, which is, in turn, an interaction of desires. Beyond ethical prejudice (whether the conflict is good or bad), it is about the emergence of a difference of opinions and interests.

According to Domínguez Bilbao and García Dauder (2005), the understanding of conflict has had different facets throughout its history. Previously, it was understood and treated as a negative element, and therefore something to be avoided. From there, the causality of the conflict was understood from dysfunctional elements , which were later translated into individual, group or communicational behaviours and situations.

Later, the conflict was thought of from its goodness, that is, from its possible advantages. Since then, conflict has been assumed as an inevitable element within groups and organizations ; not necessarily negative, but as one more opportunity to broaden the horizons of interaction and management.

Conflict and negotiation theories have developed significantly in psychology, especially impacting the field of organizations, but also other areas where interpersonal relationships are analyzed.

In the 1981’s, the American experts in conflict resolution and negotiation, William Ury, Roger Fisher and Bruce Patton, published a book called Get the Yes . In this book, they described five ways to effectively resolve a conflict through negotiation. These ways are still valid today and can be applied in different contexts . They are described below.

1. People are not the problem

Conflict has effects at the level of individual experiences, that is, it involves emotions, values and points of view. In many cases this is forgotten or not prioritized because we focus more on organizational interests. In this case, the authors explain that effective negotiation begins by separating people from the problem , that is, analyzing the problem independently of who is responsible for it.

To do that, they recommend that we think of conflicts as having their roots in one of the following three dimensions: perception, emotion or communication . Recognizing this last one, we must remain empathic with others; we must not place the responsibility for the conflict on other people, and avoid emotionally explosive reactions. It can also help us to stay focused on our interests so that we do not give in to more than is appropriate.

2. The main thing is interest

In line with the above, the authors tell us that behind the positions that people assume in the face of a conflict, there are a series of interests that motivate us, and sometimes they are hidden.

If, instead of standing firm in our positions, we worry about exploring the interests behind them, we will most likely find that there are both shared and sharable needs and interests . The latter, in turn, allows us to reach an effective negotiation.

In short, since the conflict is above all a confrontation of different interests, it is important to focus on these, rather than on the positions we take individually.

Another principle of conflict resolution and negotiation is to generate options for mutual benefit. It often happens that during a conflict situation, it is thought that there is no way for everyone to benefit from the final decision.

This hampers the negotiation process, and generally speaking it occurs because of four fairly frequent obstacles: making premature judgments; seeking unique answers; thinking that the conflict has a fixed form; and thinking that the solution to the problem is the problem itself. The authors explain us that through an empathic attitude we can look for a mutual benefit . That is, we can offer negotiation options that favour at least partially all the parties.

The authors recommend that we remain insistent that objective criteria be used from the start of the negotiation. That is, without dispensing with empathy and “win-win”, we have to be realistic and assume that sometimes there will be differences that are only reconcilable at very high costs , at least for some of the parties. Therefore, in this case, the negotiation has to be carried out on a basis independent of the will of those involved.

Finally, the authors explain that effective conflict resolution may be unlikely in cases where influence, power and authority are vested in only one of the parties involved. In this case, negotiation consists of trying not to agree on something that goes totally against our principles or interests, and trying to make the most of the agreements and final decisions, even if they are made unilaterally.