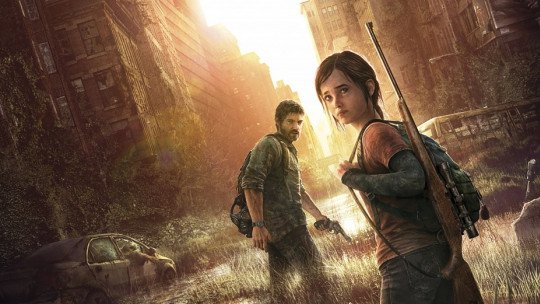 Video games have become a part of the daily life of a large part of the population. It is no longer strange to see people playing one not only at home, but also from their mobile phones or portable consoles.

Over the years, the field of gaming has established itself in most countries, creating communities and a culture around it. And one of the ways to understand the type of cultural context generated from this form of leisure and artistic expression is to take a look at some of the most memorable and recognizable video game phrases.

Especially among the young population, it is common to notice the mark that different video game characters have left on many people. As with any form of cultural expression, the video game has come to contribute significantly to the way in which millions of people understand life. Below is a selection of memorable video game phrases that are very recognizable in the gamer world.

1. People take little time to judge, but a lot of time to correct themselves. (Ezio Auditore)

The protagonist of “Assassin’s Creed 2” mentions that it is easier to criticize others than oneself.

2. Don’t depend on anyone in this world… Because even your own shadow leaves you in the dark. (Vergil)

Dante’s twin brother in “Devil May Cry 3” talks about not depending on anyone to be happy.

A member of the main group in “Final Fantasy VII” reflects on the truculent nature of some people.

4. Only by letting strangers in can we find new ways to be ourselves. (Neku Sakuraba)

Knowing other human beings is something important in our lives, and that’s what the lonely protagonist of “The World Ends With You” (TWEWY) says.

5. The heart can be weak, but sometimes that’s all we need. (Sora)

In her first adventure, Sora from “Kingdom Hearts” talks about the value of feelings.

You may be interested in: “50 great phrases by Anime (inspiring and memorable)”

6. The right man in the wrong place can change the course of the world. (G-Man)

This is a famous phrase that can be found in “Half Life 2”.

7. We don’t choose how we start out in this life. True greatness is that we do with what we get. (Sully)

Drake’s partner in the adventure of “Uncharted 3”, encourages him with these emotional reflections.

Today, there is more awareness of the world that we are leaving to future generations. This phrase from the protagonist of “Final Fantasy VI” embodies this idea.

The idealist from the city of Rapture, the main stage of “Bioshock”, has many remarkable phrases, and one of them is this one.

10. If evil really exists in this world, it resides in the very heart of man. (Edward D. Morrison)

Despite being a secondary character in “Tales of Phantasia”, because of quotes like this he has become emblematic.

11. If history must change, let it change. If the world is destroyed, so be it. If my destiny is to die, I will simply laugh at it. (Magus)

The fate of each one of us depends on us, according to the iconic character of “Chrono Trigger”.

12. As long as you always have an exploratory spirit, you’ll find your way out. That’s my hope. (Hero)

Having hope is important for moving forward, according to the main character in “Cave Story”.

13. I’ve fought a long time to survive, but no matter what, you always have to find something to fight for. (Joel)

On his way to survival, the male protagonist of “The Last of Us” gives this advice to be able to continue in life.

The main protagonist of “Final Fantasy IX” makes it clear that everyone can develop a purpose to guide him.

15. The course of time is very cruel… It’s different for everyone, but no one can ever change it… One thing that does not change with time is the memory of your youthful days… (Sheik)

Although Link is not much for words, Sheik, in “The Legend of Zelda: Ocarina of time” leaves this reflection that defines the perception about time and memories.

16. You can’t undo what you’ve already done, but you can face it. (Frank Coleridge)

Throughout Silent Hill: Downpour, we find characters like Frank, incarnations of psychological phenomena.

17. I don’t want anyone talking about me in the past tense. (Squall Leonhart)

The main protagonist of “Final Fantasy VIII” doesn’t like the idea of becoming a memory.

18. Any advice, brat? When life gets tough, you get up, fight, and show him who’s in charge! (Undyne)

The endearing adventure of “Undertale” leaves many unforgettable moments. One of the most remembered video game phrases.

These mysterious characters in “The Legend of Zelda: Majora’s Mask” provide lines of dialogue that seem more like part of a poem.

20. What is the man? A miserable little pile of secrets. (Dracula)

The antagonist of “Castlevania: Symphony of the Night”, defining what for him is human nature.

21. No matter how dark the night, the day always comes again and our journey begins once more. (Lulu)

One of Yuna’s guardians in “Final Fantasy X” encourages you with these words to keep moving forward.

“League of Legends” has many characters, and each of them has a repertoire of phrases. This one from the champion Taric is pretty emotional.

23. Which is better: to be born good or to defeat your evil nature with great effort? (Paarthurnax)

One of the dragons in “The Elder Scrolls V: Skyrim” raises this philosophical question for personal reflection .

24. War is where the young and stupid are tricked by the old into killing each other. (Niko Bellic)

The GTA saga may not be the most exemplary in some subjects, but the protagonist of its fourth installment defines the war with a very critical tone.

25. Too many people have opinions about things they know nothing about. And the more ignorant they are, the more opinions they have. (Thomas Hildern)

One of the characters we can find throughout the territory of “Fallout: New Vegas”, has a very concrete idea about society.

26. I saw death in my dreams many times, but I have not died. I was better than my dreams, better than my nightmares. But to find out… I had to face them all and I had to go through the worst to prove to myself that I was the best. This is my reality. (William Bishop)

27. Stand on the ashes of a trillion dead souls, and ask the ghosts if honor matters. Silence will be your answer. (Javik)

Nothing matters after death: this is how Javik’s words in “Mass Effect 3” can be interpreted.

Another quote referring to the human mind, this time mentioned by the protagonist of “Silent Hill 3”.

The protagonist of the “Dead Space” saga reflects on the decisions and their consequences.

30. Just because someone has left doesn’t mean they have left you (James McCloud)

Leaving is not always synonymous with oblivion: words of Fox McCloud’s father in “Star Fox 64”.

31. It is not about changing the world. It’s about doing our best before we leave this world… as it is. It’s about respecting the will of others, and believing in your own. (The Boss)

A philosophy for life and a legacy of The Boss’ thoughts on “Metal Gear Solid III”.

32. A famous explorer said, that greatness is in what we do, not in who we are. (Lara Croft)

In the restart of the “Tomb Raider” saga, the young explorer pronounces these words to emphasize that acts matter .

33. One can only hope to leave a lasting legacy. But very often, the legacies we leave… are not what we expect (Queen Myrrah)

The Locust leader in “Gears of War 2” reflects on heritage.

34. Legends, the first one tells the story, the second one listens to it and the third one discloses it. (Solid Snake)

Snake, defining what a legend is in “Metal Gear Solid 2”.

35. There’s a very blurry line between bravery and stupidity. (Juggernaut)

The truth is that sometimes it can be difficult to tell them apart. Said by one of the playable characters in “DOTA 2”.

36. Hope is what makes us strong. It’s the reason why we’re here. It’s why we fight when everything else is lost. (Pandora)

Throughout Kratos’ revenge, he meets Pandora in “God of War 3” and she talks about hope.

37. Life is about determination. The outcome is secondary. (Waka)

During Amaterasu’s journey in “Okami”, Waka talks about the choices one makes in life .

38. The past is like a puzzle, like a broken mirror. As you put it back together you cut yourself and your image keeps changing… and you change too. (Max Payne)

The protagonist of the “Max Payne” saga, in his second installment, gives his opinion on what the past is for him.

39. Even in dark times, we cannot give up the things that make us human. (Khan)

In a post-apocalyptic world like “Metro 2033”, humans are still the same.

40. The end is no more important than any of the moments that led up to it. (Dr. Rosalene)

In many cases we focus on the result and not on the progress that leads to it, according to the protagonist of “To the moon”.

41. Evil is evil. Minor, major, middle… it doesn’t make any difference. The degree is arbitrary. The definition is blurred. If I have to choose between one evil and another, I prefer not to choose at all. (Geralt)

The protagonist of the well-known saga “The Witcher” is clear about what evil is .

42. Knowledge is useless if it is not used. (Steward Gixx)

Nothing more to say about this quote from the “Guild Wars 2” character.

44. Even the worst “bastards” know what to do with women. (Mr. Torgue)

In the wild world of “Borderlands 2” we find phrases of all kinds, some with more meaning than others. This is one of the most direct interpretations.

45. It’s more important to master the cards you hold than to complain about the ones your opponents have already dealt. (Aza)

One of the members of the Thessaly high command in Black and White Pokémon gives this great advice .

One of the villagers in “Animal Crossing” encourages us to improve.

47. When a man faces death, the impossible is but a small obstacle. (Prince)

The protagonist of the “Prince of Persia” saga, talking about the limits of decisions.

48. Some trees bloom, some die. Some cattle grow strong, others are taken by wolves. Some men are born rich and foolish enough to enjoy their lives. Nothing is fair. (John Martson)

A reflection that can be heard in the game “Red Dead Redemption” by its protagonist.

49. Every lie contains the truth, and every truth contains a lie (Shu)

One of the characters that we can recruit in “Suikoden 2” leaves this phrase of the most philosophical.

A memorable phrase from “The Legend of Zelda” , better known for its English version “It’s dangerous to go alone! Take this”.