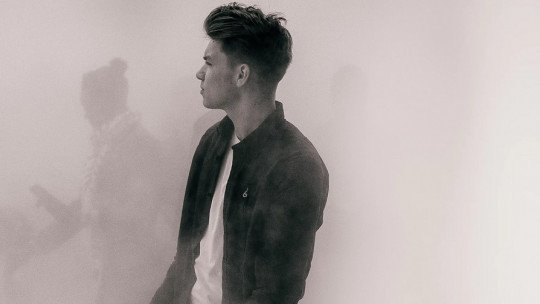 Much of what we do, think and feel in our daily lives has less to do with supposed preferences, where we live or how others relate to us, but something much more subtle: our deepest beliefs .

And as much as some people still believe in something similar to objectivity, the truth is that all people see life through glasses made up of ideas that have been with us for a long time and that, even if we do not pay attention, they increase our propensity to think one way and not another.

So, having beliefs is irremediable, it’s something we can’t avoid. This, of course, is not bad, since it is impossible for all our knowledge to be based on objective and unquestionable truths; we need beliefs in order to have some clear ideas and not be in constant doubt. However, when the limiting beliefs appear, the problems begin . Let’s see what they consist of.

What are limiting beliefs?

Sometimes, our convictions can be our worst enemies, and limiting beliefs are an example of this.

It is about ideas deeply rooted in our way of thinking that, instead of allowing us to quickly reach conclusions that are usually right, they make us fall again and again into the same mistakes, usually based on keeping us within the comfort zone and avoiding us exposing ourselves to new paths of thought that would allow us to develop as people.

In short, these ideas make us more likely not only to make mistakes, but also to not be able to recognize the signs that the way we are thinking does not fit well with reality .

Of course, the range of limiting beliefs is very wide, so the best way to understand their scope and the way they can damage our lives is to look at very common examples of these. Below you can see several of them.

1. If many people believe the same thing, it must be true

It is one of the most common limiting beliefs, and in practice it can lead us to trust practically any kind of idea, however crazy it may be, especially at a time when there are so many people living on the planet that every absurd idea has a good number of followers .

For example, according to this limiting belief one can “defend” the idea that each person’s race determines his or her level of intelligence, or that it is necessary to wear expensive clothes to please others. Those who think this way are not taking into account that history shows how much it is possible that hundreds of thousands of people are fundamentally wrong about reality.

2. If others reproach me for something, I must be guilty

It is very common for people with a certain insecurity to believe that when others are angry with them about something or are disappointed because they have not done an action, there always has to be a valid reason to justify that feeling.

It is true that many times anger and disappointment are real and manifest as authentic through the actions of the other person, but that does not mean that they have any reason to be. Many times, the lack of assertiveness and the tendency to say yes to everything makes the others demand more than the rest and, even without realizing it, apply other moral standards to those who do not know how to defend their point of view. But this is precisely one more reason why it is good to distrust their point of view , instead of just accepting it.

3. Each person has his or her own half

The myth of the better half is one of the limiting beliefs that can be most harmful, since leads us to think that we are incomplete people until we find someone special. But the truth is that there is no reason why we should think that our happiness or capacity to adapt to the world depends on whether or not we meet someone who, according to statistics, should not even live on our continent.

This is a belief that can only be sustained if we take for granted that there is someone who has already mapped out all the stages our life will go through, making the world a kind of “theatre stage” in which there are a number of elements conveniently placed especially for us.

This idea is so absurd that in fact it is part of one of Homer Simpson’s famous and humorous quotes, that is, it is used as part of the caricature of his character. However, there are many flesh and blood people who believe in it at face value.

Limiting beliefs based on passivity and sedentariness are responsible for a good part of the experiences we miss in our daily lives, since they offer us stability and absence of reasons to worry in exchange for leading monotonous and predictable lives in which each day is similar to the previous one. Moreover, there is no possibility of living the same experience by seeing it or doing it: there are things that, if we do not do them, we do not live at all. Leaving the comfort zone is essential to break the cycle of beliefs that are confirmed to themselves because of the lack of new stimuli.

5. Sacrificing for others always pays off

The day to day shows that betting everything to please others does not have to serve us to get something in return, beyond the rest get used to assist them. This is one of the limiting beliefs that produce more frustration, since the sacrifices we have made in the past to satisfy others make us continue believing fervently that we are on the right path no matter what , so that we do not have to face the idea that we have been trying for nothing. This is a phenomenon known as cognitive dissonance.

6. I don’t have enough talent to do anything

The media, as well as the marketing bubbles through which the image of the most famous people reaches us, make us have an unrealistic idea about what talent is . In the vast majority of cases, it is not an aptitude that one is born with, but rather it depends basically on practice and the effort that is put behind it.

It is clear that there are individual differences and that some people have more facilities than others for reasons beyond their control, such as genetics, but this is only relevant in relative terms, if we want to be in the world ranking of a certain discipline. If this is not the case, it is most likely that the skill set we were born with is more than sufficient to develop incredible talent, if we have shown the necessary willpower to do so.