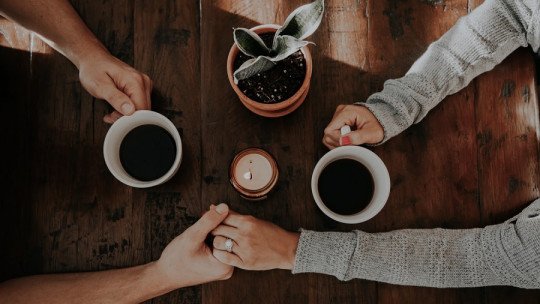 Couples therapy is an area of work that lends itself to many mistaken beliefs, for various reasons. On the one hand, series, films and audiovisual media in general have come to caricature this discipline until it becomes unrecognizable. On the other hand, it is often confusing for couples to go to experts who in theory specialize in mental health.

This is why in this article we will review some of the most important myths about couples therapy , indicating why certain ideas about it are inaccurate or outright lies.

The 6 most important myths about couples therapy

These are the most common misconceptions about couples therapy

The task of psychologists who offer couples therapy is not to resolve arguments or disputes in general, but to help resolve the behavioral dynamics that make people tend to argue frequently (if this is one of the reasons they go to therapy).

This is a simplification that does not correspond at all to reality . Although it is true that people with a marked neuroticism are more likely to have problems in their emotional relationships (statistically), this does not mean that there are not many other reasons why people may go to couples therapy.

3. The psychologist modifies the personality of the person who does not adapt to the couple

Personality is a set of very stable psychological traits that define a person’s way of being.

Although it changes a little over the course of a lifetime and in some cases can even change quite a lot, this is not the aim of couples’ therapy, which focuses on much more concrete and easily defined goals so that they can give rise to agreements and commitments that are easy to monitor (to see whether or not the goals are met).

4. In therapy, a catharsis is produced that resolves the conflict

The goal of couples therapy is not to generate situations in which clients reach a point where they express their repressed emotions and thoughts with the maximum degree of intensity and honesty so that the problem the couple is going through is resolved in a matter of minutes, once both people have taken a load off their shoulders.

Although honesty is an indispensable element for couples’ therapy to work well, the simple fact of expressing one’s feelings does not have to solve anything . In order to improve the health of the relationship, it is necessary to go through other boxes, among which we find again finding common values and projects, and building a new commitment that will structure the relationship from then on.

Another myth about couples’ therapy that you hear the most is that it is a space focused on the act of arguing, fighting with each other to see who is right. It’s true that heated arguments are not uncommon in these sessions, but simply confronting the other person doesn’t solve anything , and although expert couples therapy psychologists maintain a neutral role as professionals, they are not there to referee a boxing match.

The discussions are a consequence of dealing with personal and sometimes delicate issues throughout these sessions, and in any case the logic of taking away the reason of the other to win a symbolic battle not only does not help, but it also poses obstacles to the progress of the therapy .

6. The breakup is the failure of couples’ therapy

To think that the aim of couples’ therapy is to avoid at all costs the break-up is to not fully understand the nature of affective relationships, because the truth is that sometimes the best solution is to end the engagement or the marriage; in fact, some people go to therapy already knowing that they want to break up , and only to please the other person.

Also, as with everything, there is always some risk that things may not go well, and couples therapy may fail regardless of whether or not there is a break-up. For example, if the professional doesn’t know how to create a climate of trust in which a married couple feels they can express themselves without fear of disapproval.

Are you looking for couples therapy services?

If you live in the Madrid area and are interested in going to couples therapy, we invite you to contact our team of psychologists at the UPAD Psychology and Coaching Center, located in Argüelles. Here you will find professionals with experience in intervening in cases of marital or dating crisis such as constant arguments, jealousy, boredom in the time spent in the company of the other, lack of confidence due to infidelity, etc.