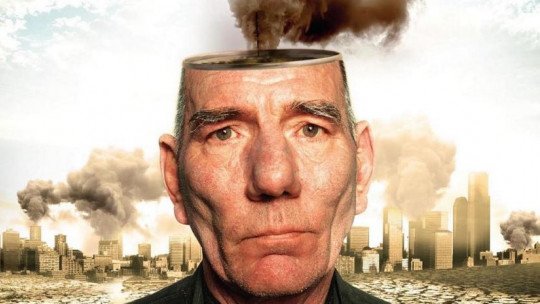 In 2009, documentary filmmaker Franny Armstrong presented to the world one of the most controversial non-fiction works on the environmental crisis at the beginning of the 21st century: The Age of Stupidity .

Unlike other documentaries on similar themes released previously, The Age of Stupidity was one of the few that put its finger on the sore spot by pointing out that human beings are not only responsible for one of the greatest global problems facing the entire biodiversity of the planet, but that it also speaks to their rationality and intelligence. That humanity is the causal agent of the catastrophe, but also a kind of giant child who has no idea what he is playing at.

But the reasons presented by this work are not the only ones with the power to make us think that we live in the age of stupidity . All over the Earth we have shown ourselves incapable of managing all kinds of problems that affect us all and that do not even concern us enough to coordinate efforts to manage them.

Signs that we live in the age of stupidity

This is a compilation of collective crises and problems that either do not concern us or simply try to fight in an irresponsible way, with a mixture of vanity, laziness and individualistic mentality .

What they all have in common is that they are the result of a lack of willingness to cooperate, to go outside the comfort zone and to use rationality for something other than constantly greasing the machine of consumerism: producing and buying. Ever since the Internet and new information storage technologies have existed, we have had plenty of time to detect these problems and take action, but today, for some reason, we don’t seem to be in it for the job.

1. We are destroying the planet

This is the reason we started the article, as well as one of the most serious, so it could not be missing from this list. The environment is basically the most important thing we have , since variations in it can end up with whole populations in a matter of minutes. However, we continue to act as if recycling by separating waste is the culmination of responsibility and civility, something reserved for the most caring and disciplined citizens.

The reality is that even if individual actions count, such efforts based on the “will power” of each individual are useless.

Everything indicates that in order to stop the devastation of the planet, collective commitments, drastic changes in the economy and in the model of production, and even an intelligent management of the way in which we group ourselves to live in cities are necessary . None of this even arises, justifying it with individual freedoms and the expectations of continuing to have a life full of technological comforts.

Much is said about how life gives us the opportunity to choose our path, how everything we get depends mainly on our decisions and attitudes.

However, we do not seem to be very concerned about making the world in which we live conform to that vision of reality, because we systematically overlooked that, for that to be true (even if only in appearance), we should avoid as much as possible that there are regions where 100 out of every 1,000 babies do not reach their first birthday , as is the case today. We have the money to do this, but unfortunately we use it to buy products made with the exploited labour of these areas.

On December 14, 2012, a 20-year-old boy showed up at an elementary school in the U.S. town of Sandy Cook and shot and killed 27 people before committing suicide. This is one of the bloodiest massacres in the history of the United States of America, but for many people, such events simply did not exist.

There is a relatively popular theory that what happened in school that day was actually a hoax created by the Obama administration to justify policies that limit gun ownership. Today, in fact, several parents of children who died in the massacre are being harassed and threatened by angry deniers over the “crocodile tears” they claim these victims shed.

This example expresses in a few words everything that is wrong with the existence of conspiracy theories and why they are a symptom of the age of stupidity .

In order to defend a vision of the world that fits with one’s ideals, one is capable of creating even the most convoluted explanations, those that cannot be questioned by the available evidence, attributing it all to a supposed conspiracy, to make reality fit what one thinks. Even if this means directly harming many other people.

4. The exploitation of women

Even today, centuries after we started defending the theory of Liberty, Equality, Fraternity, we still allow half of the population to be confined to the domestic sphere , being penalized for acting with the same freedoms as men.

Even in those countries where both sexes formally have equal rights, it is still standard practice to pander to strangers on the street, harass them in nightlife settings, expect them to work in the office while doing all the housework, and pay less attention to them at work (even if they hold a leadership position).

It has never been so clear that there is a problem that goes beyond laws, but even knowing this it is very frequent that this debate is avoided with the excuse of focusing first on “those places where women are worse off”, that is, those that live in other countries. Something that is not done with any other problem that can be treated from the political point of view.

Today there are no longer any excuses for trying to impose certain religious doctrines on others. However, the tools that in a globalized world like ours should connect us and make us collaborate more and better are used massively to try to expand religious faith over the freedoms of others.

From hate messages and calls for violence to political pressure to prevent education , from scientific knowledge that contradicts dogmas , through threats that are published on the Internet for everyone to see and viral videos with clearly homophobic content, fanaticism has proved to be another reason why we live in the age of stupidity. Neither scientific nor technological advances alone are sufficient to eradicate it.

Today we know that historical identities, those that try to make us confuse our own individual identity with what our supposed ancestors did centuries or millennia ago, simply do not make sense. Evidently, there is no rational reason why what generations before us did should set very specific guidelines that we should follow so as not to betray our roots .
On the other hand, we also know that identity politics always leads to situations in which violence and authoritarianism are imposed, since it justifies certain political measures under the pretext of doing “what is natural” for a people or race, almost always creating artificial borders in communities that previously lived together .

Nationalism, however, has the power to seduce us again and again, when it reaches a point where we forget its nefarious effects. Today, a good part of the inhabitants of many regions of the world refuse to share economic and political spaces with other people for identity reasons, while others try to consciously eliminate any trace of cultural differences of ethnic minorities so that their own cultures are imposed in a hegemonic way.

The age of stupidity is also shown in our inability to learn from mistakes. The national retreat, associated with conservative and extreme right-wing parties, is seen as something normal, which does not even have to be questioned when a people is threatened from the outside… without stopping to think that this definition of “people” is totally arbitrary and presupposes the existence of the nation as that which must be defended above the people.