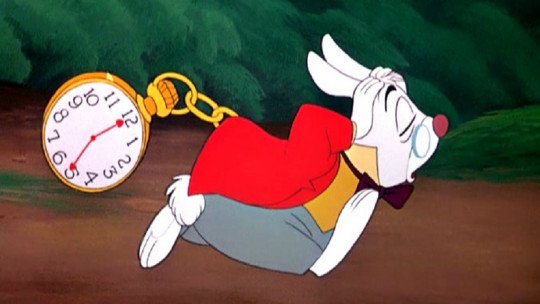 As much as it is known that making others wait is a nuisance to them and that the time they waste is gold, there are some people who have real problems being on time for their appointments and meetings . It is a phenomenon that is hard to explain, it just happens. Before they have realized it, they leave home with much less time than necessary, and end up arriving late in a systematic way.

However, these behavioural tendencies can be corrected, and anyone can get into the habit of being punctual always or almost always. How can this be done? To do so, it is good to get in touch with the principles of the cognitive-behavioral approach.

This psychological approach is based on a premise that, in its simplicity, seems revolutionary; it consists of modifying both beliefs and habits (the usual ways of behaving, moving, etc.) so that a new way of acting becomes consolidated-

So, if you want to learn to be punctual you have to change both the actions, from the smallest details, to the thoughts and the way in which the consequences of those actions are interpreted.

Knowing this, let’s look at some useful indications to, little by little, change our habits.

Tips for being on time

This series of keys to be punctual are orientative, and it is necessary to know how to adapt and apply them to each case. They offer a general vision of the problem and its possible solutions, but in case many problems appear and these significantly damage the quality of life, it is advisable to go directly to a professional who offers personalized treatment.

Every time an appointment is set, it should be written down in a diary and an alarm should be set to sound at the time when you should start preparing to go. It is very important not to postpone this phase , because it is easy to give it little importance and end up falling into oblivion.

The phenomenon by which some people always arrive late is a kind of procrastination, or “I’ll do it tomorrow syndrome”, although in these cases it occupies time limits that instead of occupying several days take up minutes. This means that, unconsciously, we make excuses for not having to leave at the appointed time, usually because it is lazy .

Many times you arrive late because you assume that you will have a stroke of luck in advancing quickly to the place where you have stayed. For example, the belief that the buses will arrive just as we approach the stop. It is necessary to anticipate the appearance of these beliefs in order to be able to recognize them when they appear in our mind and then discard them immediately, as a rule, so as not to fall into their seductive influence.

3. Write down hours of travel

For the most important appointments, it is good to write down a mini timetable on the sequence of actions to be followed in order to arrive on time, highlighting the most important phases of a process that can take less than an hour. For example, the time to start getting dressed, to do your hair, to leave the house, etc. The initial stages are the most important, and so they must be more numerous and more detailed than the rest.

Every time you are late, even for a minute, you have to pay a small fine , which can consist of a number of coins worth one dinner, for example. If this commitment is made in front of more people, it is better, because there is more pressure to keep it. In addition, the fine must be paid within 24 hours.

This rule is self-explanatory. In addition, it has two functions. On the one hand, it prevents the possibility of going out late at the prospect of being able to make up time by running. On the other hand, the stress generated by arriving late to a place and not being able to run makes it, in case this happens, a much more powerful lesson on the type of situations to avoid.

At first, it is good to subtract ten minutes from the hour you have stayed and take this seriously as part of the process of learning to be on time. This will make it possible to experience the positive sensations that come with arriving at the places within the time set and not wanting to go back to the previous situation.

In a way, this situation serves to begin to experience what it is like not to go around worrying that you will be late everywhere, and to see that it is possible to do so if you follow rules that, despite appearing to be the rules of a game, work.