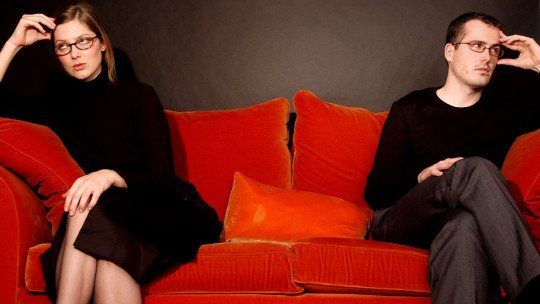 Whether we like it or not, human beings live interconnected both physically and emotionally. Neither our personality nor our actions would be as they are if it were not for the fact that throughout our lives we have gone through all kinds of experiences that we have shared with others.

This means that we have an almost automatic tendency to interact with others, to initiate conversations, to be interested in what calls the attention of the other and, in many cases, to establish an affective bond with people we select . Both friendship and relationships are something normal because we are, essentially, social animals. But that does not mean that we are always perfectly capable of maintaining those relationships.

Since these bonds are essentially irrational and based on love, sympathy or affection, it is also easy to fall into traps that lead to a deterioration in the quality of this emotional connection. Accidents happen in any area of life, but in the case of relationships, moreover, we are prone to not seeing them coming. We run the risk of falling into one of the many ways of ruining a relationship that was working well.

Attitudes and actions capable of ruining a relationship

These are the main traps that can transform a healthy relationship into a nightmare that leads to self-destruction.

1. Turning the relationship into a competition

Sharing something with someone means enjoying certain experiences twice as much, but it also means taking twice the risk that the relationship will end up breaking up. Something that at first seems like a small setback can grow like a snowball downhill if the dynamics of the dialogue are focused on defending one’s pride above anything else, or showing that one is better than the other party.

Paradoxically, trying to give the best possible image can have the opposite effect on the other person if they feel they are being undervalued or treated unworthily .

2. Deciding that commitments are no longer valid

The idea that relationships should be free can lead to the rejection of those pacts that both people had respected until now. In practice, however, no relationship can withstand the absence of commitments that give it form and stability.

The reason for this is that the deeper a relationship is, the more we must do to ensure continuity and consistency, because without this there can be cases of involuntary emotional blackmail, distrust and fear of opening up to the other . If someone deserves our time and attention, the logical thing to do is to show that we value that by modifying our life to ensure that the other person will continue to be part of it.

3. Forgetting to talk about oneself

Certain forms of friendship can stand the test of time without dialogue, but in the case of deeper relationships, falling into this dynamic always leads to very negative results.

If all emotional relationships are based on certain commitments, one of the most undervalued and least talked about is the habit of simply talking .

The most withdrawn people may have become accustomed to not talking about themselves to others, but when you have a love affair or intimate friendship, not doing so introduces a strong asymmetry into the relationship.

The other person may perceive that they are not valued or even that they are not listened to (since in a dialogue the normal thing would be to make comments talking about comparisons with one’s own life), on the one hand, or that things are hidden , on the other. In short, situations can occur in which what should be a deep and stimulating conversation seems more like a monologue.

4. Talking only about yourself

The other side of the coin is to use the relationship to have someone listen to one’s life story. This, even if it is not noticed, gives the image that the life of the other person is of no interest at all , or that we are only interested in knowing their opinions about what happens to us, but not their own stories and experiences.

Of course, a relationship in which this has happened from the beginning has already begun with serious flaws in its fundamentals, but there are times when periods of stress cause a person who has been in a normal relationship up to now to become obsessed with what is happening to him or her and, as a consequence, to talk only about it.

5. Letting the other person make all the decisions

It may seem like a very good option for some people, but giving the other person the role of decision-maker sets a precedent that in the long run is often very negative . And no, it’s not just because if the decision turns out to be wrong, arguments can arise.

While some people who are prone to indecision may find relief in asking others to decide for them, this dynamic does not only affect the small details of life.

Over time, getting used to the fact that one person makes the decisions and the other accepts them can become an unequal power dynamic . Little by little, the decisions that one takes on are more and more important, until a point comes when if the other disagrees, this is seen as something strange, inappropriate.

6. Trying to change the other person so that we like them better

Romantic love, that phenomenon that until not so long ago has been accepted without complaint in relationships, has made many people believe that any sacrifice is good if it involves making the bond between two people stronger.

This has many negative effects, and one of them is that we accept as normal that we try to change to please the other one more , or even that the other one asks us to change not because it is beneficial for oneself, but because it would generate more attraction.

This is one of the most frequent and damaging ways of ruining a relationship because, in the end, the idea that is perpetuated is that someone is someone’s property , and that virtually any sacrifice should be able to have its place in the relationship. Although at the beginning the effects of the idealization of the other make their defects hidden, at the moment they come to light we have to decide whether we accept them or they are so serious that the relationship must end.