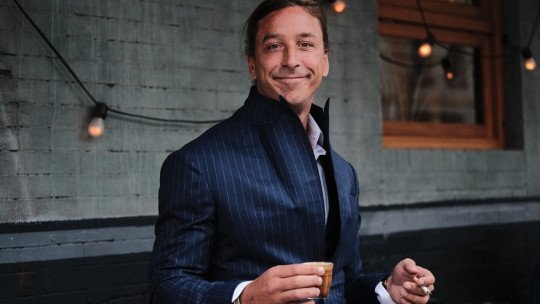 However, it is not always easy to recognize ignorance where it occurs, since, in part, the fact that ignorance is seen as something positive in the media and in certain social circles camouflages this personal characteristic. It turns it into something good, that is, into something that is not called unculture but rather “rebellion”, “joviality” or “having one’s feet on the ground”.

The characteristics of uneducated people

Below you can find a list with the typical characteristics and things that uneducated people do .

Uncultured people learn just enough to be able to continue living the way they have become accustomed to. This means that it is common for their cultural level to differ little from that of a child who has just finished compulsory education.
However, this is relative. There are also people who need to know in detail things about a very specific area of work such as finances, but who remain totally uneducated about any other type of knowledge. This leads us to the next feature.

2. They have a mercantilist conception of knowledge

Another characteristic of uneducated persons is that for them knowledge only has value if it brings with it some kind of capital , either directly economic or social. For example, having certain programming knowledge can open the door to very well paid jobs, and knowing about fashionable music can make it easier for us to make friends.

As a consequence, anything that does not translate into a probable gain in power or an improvement in living conditions is discarded as useless, a waste of time.

Uncultured people are distinguished not only by the amount of things they know, but also by their attitudes towards those who want to know more.
This can be seen, for example, by the lack of understanding towards those who are interested in certain subjects that are not very well treated or are somewhat specialized. This is an attitude that can even turn into mockery, as if asking oneself certain questions were a cause for laughter because of one’s eccentricity .

4. They do not show initiatives to be trained in a didactic way

Those who only intend to learn what is fair and necessary are usually left to directed training centres. In contrast, educated people often realise that what they want to learn about is not available in schools, so they train themselves. This is a difference in which is expressed the different philosophies from which each person conceives what culture is .

5. They get frustrated or angry if they are corrected

Paradoxically, even though uneducated people do not value culture, they interpret the corrections of others as attacks. The reason? The fact that these corrections are pertinent reveals publicly that these pieces of knowledge are actually something valuable , something that allows us to have a deeper understanding of things and that in many cases would make us change our minds about many subjects that we think we know well.

In other words, what occurs in these cases is something called cognitive dissonance: two ideas collide with each other, and one of them is very important to us. In this case, the idea that our ignorance has been recognized by another collides with the idea that it is not worth knowing in depth what is being talked about, something that for uneducated people can become a whole philosophy of life.

6. Show a polarized relationship with ignorance

Another typical characteristic of uneducated people is that they cannot assume their ignorance naturally: either they extol it as something positive, or they desperately hide it where they notice it could be exposed. On the contrary, those who are wise admit their ignorance with simplicity, since they consider it normal to be ignorant of things.

7. They run away from books

If they read, they only do so with light novels or documents necessary for their work; they never immerse themselves in medium-density sieve books , or they do so because circumstances force them to do so.