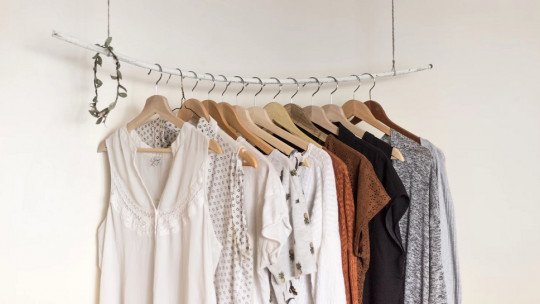 The economic-financial crisis that broke out in 2008 and was consolidated the following year, in 2009, has brought about a social change and a change in consumer responsibility . The second-hand market still has little weight in Spain, and although in some neighbouring countries this market is well consolidated, we still have a long way to go in this regard … but there are reasons for optimism.

Every year it’s the same headache. The sales, the new season, the Black Fridays and the Cyber Mondays are coming and we can’t resist holstering our wallets to blow up the clothing stores. The problem is, what do we do with the surplus from the year or years before? Until recently, everything that bothered us in the closet ended up in the recycling bin or we gave it to a relative. Today, fortunately, the organizations and shops where we sell used clothes have spread .

A 2016 study reveals that in that year alone 80,000 items of used clothing had been sold on Internet portals such as segundamano.es or milanuncios.com. The fact is that the average Spanish user has become wisely aware of the value that was not previously given to clothes already consumed . The statistical data point to a growth of this type of market, a fact that is influencing the new unconventional businesses.

It should be noted that the brands of used clothing sold are not just any brands. Given the nature and clichés of Spanish society in consumption, brands are the star of this type of product. We will find a surprising cast of famous names such as Carolina Herrera, Gucci, Yves Saint Laurent, Diesel or sports brands such as Nike or Adidas.

The 7 most common used clothing stores

In this article we will show you the physical and online stores most frequented by the consumer of used clothing.

It is one of the most popular portals for second-hand items on the web . As soon as you enter the section of fashion and accessories, you will find more than 600,000 offers, both for men and women, as well as for babies.

This web portal is another example of the increasing demand for used clothing. Apart from offering a diversity of items, here we have the opportunity to offer our wardrobe fund in any way we like . The user manages the advertisements, prices and shipping, and it is free and easy.

The company eBay is less common in Spain in particular and Europe in general. The American company is more focused on the motor and accessories market, but in recent years has included a fashion section that offers a wide range of offers for all tastes and users.

It’s a well-known statewide chain of physical stores. Cities such as Barcelona, Madrid or Valencia have these stores that offer a wide range of clothing in different fashions and tastes, as the style &amp;quot;vintage&amp;quot; is currently in fashion. Furthermore, the positive aspect of this option is that Humana is an NGO, and all its profits go to humanitarian, recycling and environmental activities .

Another example of a collaborative business enterprise. This is another NGO that allocates its profits to projects against the most disadvantaged. It is a non-profit company, where all its income is invested in social issues.

This web portal is one of the most visited by female users. It has a great stock of products of the most varied. The used clothes must be in an optimal state , as there is some quality control by the administrators. The garments range from prices as low as 0.50 cents to 30 euros.

This is another of the most recognized web portals in the country. Its philosophy is based on not buying the clothes from the user who intends to sell them, simply charging 50% of the value in case of sale. In other words, we offer them the product in exchange for nothing, they take care of the logistics, collections, complaints and advertising, and they only pay us the cash when our product has been sold .