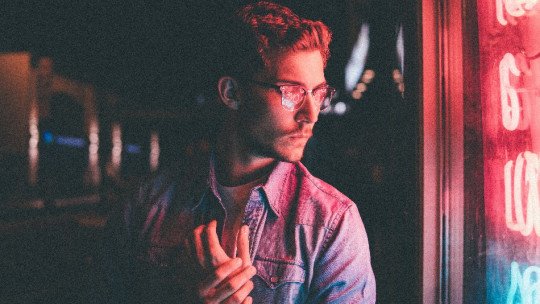 Unfortunately, all of us at some point in our lives have been confronted by false, hypocritical, envious and disloyal people who have played tricks on us.

Coinciding with toxic people is inevitable, but it is possible to detect these bad people in order to manage their behavior and not get hurt.

Phrases for hypocritical and false people

In today’s article we are going to make a compilation of great phrases for hypocritical and false people , to find out what certain thinkers think about how to deal with this kind of people.

If you want to use any of these famous quotes or reflections, you can do it without any problem in your social networks. Someone around you will probably take the hint.

1. If you want to kick a fake person out of your life, stick to this advice: do the exact opposite of what is expected of you. (Marta Gárgoles)

A way of managing day-to-day life with someone untrustworthy.

2. Laugh, hate me, speak ill of me… That after all, I know it bums you out to see me happy. (Anonymous)

For those who criticize us behind our backs.

3. Don’t criticize what you didn’t experience or feel. (Anonymous)

4. That person with the same mouth that says “I love you” to you, said “with you forever” to me… (Anonymous)

Disloyalty is hard to forgive.

5. If you can’t live without treating me well, you’ll have to learn to live far from me. (Frida Kahlo)

The Mexican painter’s line of justice.

Don’t doubt it: if it happened this way it’s because everything had to explode at some point.

7. The tongue is like a sharp knife, it kills without drawing blood. (Buddha)

Beautiful reflection of the prophet.

8. What’s the point of being pretty on the outside when you’re so ugly on the inside? (Jess C. Scott)

Outward beauty does not always match a loyal and faithful interior.

9. I prefer to surround myself with people who reveal their imperfection, rather than people who falsify their perfection. (Charles F. Glassman)

About the sincerity and honesty of the people around us.

11. Always sleep with one eye open. Never take anything for granted. Your best friends can be your enemies. (Sara Shepard)

You should never stop being suspicious, even if it is for self-protection.

12. One of the biggest regrets in life is being what others would want you to be, instead of being yourself. (Shannon L. Alder)

It is vital to maintain this loyalty to the values that make us unique.

13. The more time we spend interconnected through a myriad of devices, the less time we have to develop true friendships in the real world. (Alex Morritt)

About the mutation in the way we relate.

14. I learned to identify the false love of the true ones by their fruits, humility and how free they were from worldly desires. (Santosh Avvannavar)

15. Life is too short to eat fake butter or deal with fake people. (Karen Salmansohn)

Whatever you do, live on the edge.

16. The only wolves we need to fear are those who wear human skin. (George R.R. Martin)

Wolves are only dangerous when someone evil is behind them.

17. Your only obligation at any time is to be loyal to yourself. (Richard Bach)

Great line from the American writer.

18. One should examine oneself a long time before thinking of condemning others. (Molière)

About the ability not to judge others.

19. I hope you haven’t been leading a double life, pretending to be evil and good all the time. That would be hypocrisy. (Oscar Wilde)

Phrase for false people, from the British writer.

20. People wear a fake mask to look attractive, so be careful. (Muhammad Saqib)

We must not be fooled by neat appearances.

Reflection very much to be considered.

22. The best way to live with honor in this world is to be what we appear to be. (Socrates)

Already in Ancient Greece, they wondered about falsehood and how to combat it.

23. Usually a man has two reasons for doing something. One that sounds good and one that is real. (J. Pierpoint Morgan)

About falsehood, and how most people profit from it.

24. Almost all of us seek peace and freedom; but few of us have the enthusiasm to have the thoughts, feelings and actions that lead to peace and happiness. (Aldous Huxley)

The British writer thought this way about the disdain of most human beings.

25. One must guard oneself well against silent water, a silent dog, and a silent enemy. (Jewish proverb)

If they don’t make noise, it’s because they’re sneaking up on you.

26. Falsehood is so close to the truth that the wise man should not place himself on slippery ground. (Cicero)

The Roman speaker was clear about that.

27. Some people are so false that they are no longer aware that they think the exact opposite of what they say. (Marcel Aymé)

They have it so integrated that all truthfulness is lost.

One manipulation technique is to fake anything.

29. Like the wolf that cries, if you continue to seek compassion as justification for your actions, one day you will be left alone when you really need help. (Criss Jami)

A bad way to scream for someone to agree with you.

32. There are people who have us like Google, only looking for us when they need something. (Anonymous)

33. Some people joke to tell you the truth, while others talk seriously to lie to you. (Anonymous)

Some dialectical resources that people use to say what they shouldn’t.

34. They demand sincerity from you but are offended if you tell them the truth. So what do I do: Do I offend you out of sincerity or do I lie to you out of politeness? (Anonymous)

A great irony that has no answer.

35. “Count on me”, are important words, said by many, but fulfilled by few. (Anonymous)

Especially if you have to help out with a move.

36. It is not a fool who says “I love you” on the first date, but one who believes it. (Anonymous)

You have to be really naive.

They’re closer and they know you better…

38. The truth hurts, but the lie kills. (Anonymous)

Better to keep the truth, even if it’s hard to accept.

39. The hypocrites feed on gossip, destroy themselves with envy, and die without friends. (Anonymous)

Such is the life cycle of those who act cynically.

40. A lot of people don’t listen to you, they just wait patiently for their turn to talk. (Anonymous)

About the need to express but not to understand.

A popular saying that we should apply to toxic relationships.

42. Judge me as you wish, total, the opinion is yours, but the reality is mine. (Anonymous)

Only one is capable of knowing the edges of one’s own life.

43. You watch me, you criticize me, you envy me, and in the end… you imitate me! (Anonymous)

About the cynicism of those who secretly idolize us.

44. Talking with a full mouth is ugly and with an empty head, worse. (Anonymous)

45. I treat you without grudges… but with memory. (Anonymous)

Forgive, but do not forget.

Very much in line with the previous sentence.

47. I don’t hate anyone, what happens is that the existence of certain people in the world like you, bothers me… (Anonymous)

Phrase for fake people, so that they know what it costs to live together with people like that.

48. Even if you get slapped and find yourself disappointed, always go forward and fight for your dreams. (Anonymous)

49. To be the first in someone’s life can be perfect; sometimes to be the last… is a success. (Anonymous)

It’s not the start of the race that matters, it’s your final position.

50. The bad thing about closed minds like you is they always have their mouths open. (Anonymous)

The smaller the brain, the bigger the mouth.

51. Some people don’t change, they just show what they used to hide. (Anonymous)

Jealous people don’t tend to show their cards so easily.

52. Do not worry, your enemies will spread your failure, but they will whisper your success. (Anonymous)

There’s no more truth than that.

When a couple is happy, thousands of vultures wail.

54. “I will always be with you,” said the person who doesn’t even greet me now. (Anonymous)

A harsh reality about love breakups.

55. Don’t trust any word, any smile, any kiss, any hug. People know how to pretend too well. (Anonymous)

An alert for any situation.

56. Why hate you when I can ignore you for life! (Anonymous)

A plea to dedicate to a false and hypocritical person.

57. My worst spelling mistake was to put a stop sign on it, which must have led to a full stop. (Anonymous)

A masterful metaphor for the relationships we must conclude for our own good.

58. Speak not of me, until thou hast spoken with me. Thank you. (Anonymous)

59. Be careful, sometimes words hurt more than blows and do more damage. (Anonymous)

They are more offensive and their damage is long-term.

60. Saying “I love you” is in fashion, what’s out of fashion is really feeling it. (Anonymous)

An uncomfortable truth about liquid relationships.

Brutal phrase that keeps us away from bad company.

62. Forgive me for being that person you envy so much, but above all forgive me for caring so little about your life, I’m very sorry. (Anonymous)

63. Friend, nowadays being fake seems to be in fashion, and believe me you’re always setting the trend. (Anonymous)

64. Now I will only accept true, good and loyal people into my life, so don’t ever try to be my friend again. No hypocrites, thank you. (Anonymous)

Fake people deserve to be forgotten. Better times will come.

65. I’m glad I met you, now I know not to trust those lying fake friend smiles. (Anonymous)

Another phrase to keep false friends away.

66. From the falsehood of a false friend you can keep the best and that is that from now on you will know how to enjoy much more a smile from a real friend. (Anonymous)

Everything has some use.

67. Whenever you discover that a friend is not true you will have to be happy because from then on you will have one less problem in your life. (Anonymous)

Sometimes there’s no choice but to disappear for a while.

The moral degradation of a false friend is evident in the course of time.

70. Remember when you thought you couldn’t live without that person? Well, look at you, living. (Anonymous)

To top it all off, this phrase to give you back the illusion of living in spite of everything.