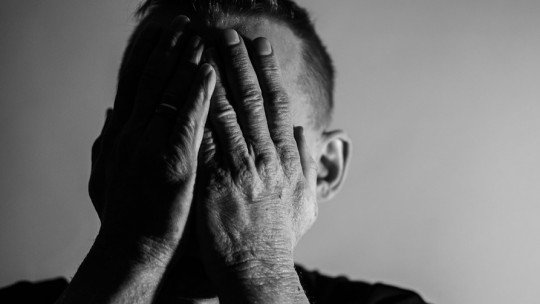 Following a publication in El Mundo (digital version) in the year 2015 in which various misconceptions about depressive disorder were exposed . Sanz and García-Vera (2017), from the Complutense University of Madrid, have carried out an exhaustive review of this subject in order to shed some light on the veracity of the information contained in that text (and many others that can be found today on countless psychology websites or blogs). The fact is that on many occasions such data seem not to be based on a contrasted scientific knowledge.

The following is a list of the conclusions supposedly accepted and published by the editorial staff of the portal DMedicina (2015), the same group of specialists that carries out the edition in El Mundo. These ideas refer to both the nature of depressive psychopathology as well as the indexes of effectiveness of psychological interventions applied to its treatment.

When it comes to misconceptions about depression itself, we find the following.

1. When everything in your life is going well, you can get depressed

Contrary to what was published in the article in El Mundo, according to the scientific literature this statement should be considered partially false, since the findings indicate that the relationship between previous life stressors and depression is stronger than expected . Furthermore, depression is given a connotation of illness, which leads to attributing greater biological than environmental causality to it. Regarding the latter, science states that there are a small number of cases of depression without a previous history of external stressors.

2. Depression is not a chronic illness that never goes away

Since the article in El Mundo, depression is considered a condition that never goes away completely, even though the arguments that support it are not completely true.

Firstly, the wording in question states that the rate of effectiveness of the pharmacological intervention is 90%, when in many meta-analysis studies carried out in the last decade (Magni et al. 2013; Leutch, Huhn and Leutch 2012; Omari et al. 2010; Cipriani, Santilli et al 2009) there is an approximate percentage of 50-60% effectiveness of psychiatric treatment , depending on the drug used: SSRIs or tricyclic antidepressants.

On the other hand, the authors of the review article add that in the conclusions of a recent meta-analysis (Johnsen and Friborg, 2015) of 43 analyzed researches, 57% of patients were in total remission after a cognitive-behavioral intervention, so that a similar index of effectiveness can be established between pharmacological and empirically validated psychotherapeutic prescription .

3. There are no people who fake depression in order to get time off work

The portal’s editorial staff states that it is very difficult to fool the professional by pretending to be depressed, so there are practically no cases of feigned depression. However, Sanz and García-Vera (2017) present the data obtained in various studies in which the percentages of simulated depression can range from 8 to 30% , the latter result in cases where workers’ compensation is involved.

Thus, although it can be considered that a greater proportion of the population visited in primary care is not simulating this psychopathology, the statement that there are no cases in which this is not the case cannot be considered valid.

4. Optimistic and extraverted people are as or more depressed than those who are not

The article we talked about defends the idea that due to the greater affective intensity of optimistic and extraverted people, they are the most likely to suffer from depression. In contrast, the list of studies presented by Sanz and Garcia-Vera (2017) in their text states precisely the opposite. These authors cite the meta-analysis by Kotov, Gamez, Schmidt and Watson (2010) where they found lower rates of extraversion in patients with unipolar depression and dysthymia .

On the other hand, it has been indicated that optimism becomes a protective factor against depression, as corroborated by studies such as those of Giltay, Zitman and Kromhout (2006) or Vickers and Vogeltanz (2000).

Misconceptions about the treatment of Depressive Disorder

These are other mistakes that can be made when thinking about psychotherapeutic treatments applied to depressive disorders.

1. Psychotherapy does not cure depression

According to the article in El Mundo, there is no study that shows that psychological intervention allows depression to remit, although it does assume that it can be effective in the presence of some milder depressive symptoms, such as those that occur in Adaptive Disorder. Thus, he argues that the only effective treatment is pharmacological.

The data obtained in the matanálisi by Cuijpers, Berking et al (2013) indicate the opposite of this conclusion, since they found that Cognitive Behavioural Therapy (CBT) was significantly superior to the waiting list or the usual treatment (consisting of various psychopharmaceuticals, psychoeducation sessions, etc).

Moreover, the data provided above on the study by Johnsen and Friborg (2015) corroborate the falsity of such an initial statement. In the text, the proven efficacy in studies of Behavior Activation Therapy and Interpersonal Therapy is also presented.

In line with the above, there are more than 20 research studies included in the meta-analysis by Cruijpers, Berking et al (2013), which is cited in the article by Sanz and García-Vera (2017) proving the absence of difference in efficacy between CBT and antidepressant drugs.

It is partially true that no greater effectiveness has been demonstrated in psychotherapeutic interventions other than CBT, for example in the case of Interpersonal Therapy, but such a conclusion cannot be applied to CBT . Therefore, this idea should be considered as false.

3. Treatment of depression is long

El Mundo states that the treatment of major depression should be at least one year due to the frequent recurrences associated with the course of this type of disorder. Although scientific knowledge shows agreement in establishing a high percentage of relapses (between 60 and 90% according to Eaton et al., 2008), they also show that there is an approach in brief psychological therapy (based on CBT) that has a significant rate of effectiveness for depression. These interventions range from 16 to 20 weekly sessions.

The above-mentioned meta-analyses indicate a duration of 15 sessions (Johnsen and Friborg) or between 8-16 sessions (Cruijpers et al.). Therefore, such an initial hypothesis must be considered false on the basis of the data set out in the reference article.

4. The psychologist is not the professional who treats depression

According to the editorial group of El Mundo, it is the psychiatrist who carries out the intervention of patients with depression; the psychologist can take care of pictures of depressive symptoms, of a milder character than the depressive disorder per se. Two conclusions can be drawn from this statement, which have already been refuted above : 1) depression is an illness of a biological nature that can only be dealt with by a psychiatrist and 2) psychological intervention can only be effective in cases of mild or moderate depression, but not in cases of severe depression.

In the original text by Sanz and García-Vera (2017), some more misconceptions than those presented in the present text can be found. This is a clear example of the increasingly common tendency to publish information that is not sufficiently scientifically proven. This can lead to a significant risk, since nowadays any type of information is within the reach of the general population, causing biased or insufficiently validated knowledge. This danger is even more worrying when it comes to health issues.