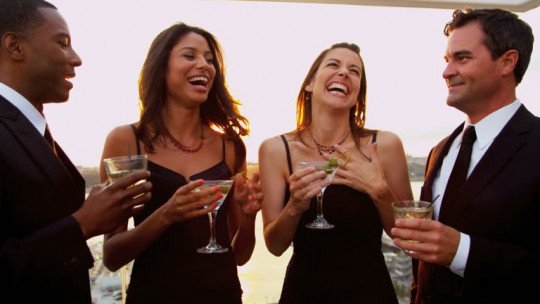 Anxiety disorders are very common today, and it is estimated, according to several studies, that 20% of the population will experience an anxiety crisis during their lifetime.

One of the best known anxiety disorders is phobias, among which we can highlight social phobia . But what is social phobia? What can we do to overcome it?

Interview with a psychologist specializing in social phobia

In this article we talk to Sandra Isella Perotti, a psychologist with more than 20 years of clinical and psychotherapeutic experience, who works at the Centro Psicológico Cepsim in Madrid, one of the most prestigious psychology clinics in our country, to help us understand the characteristics of this disorder. 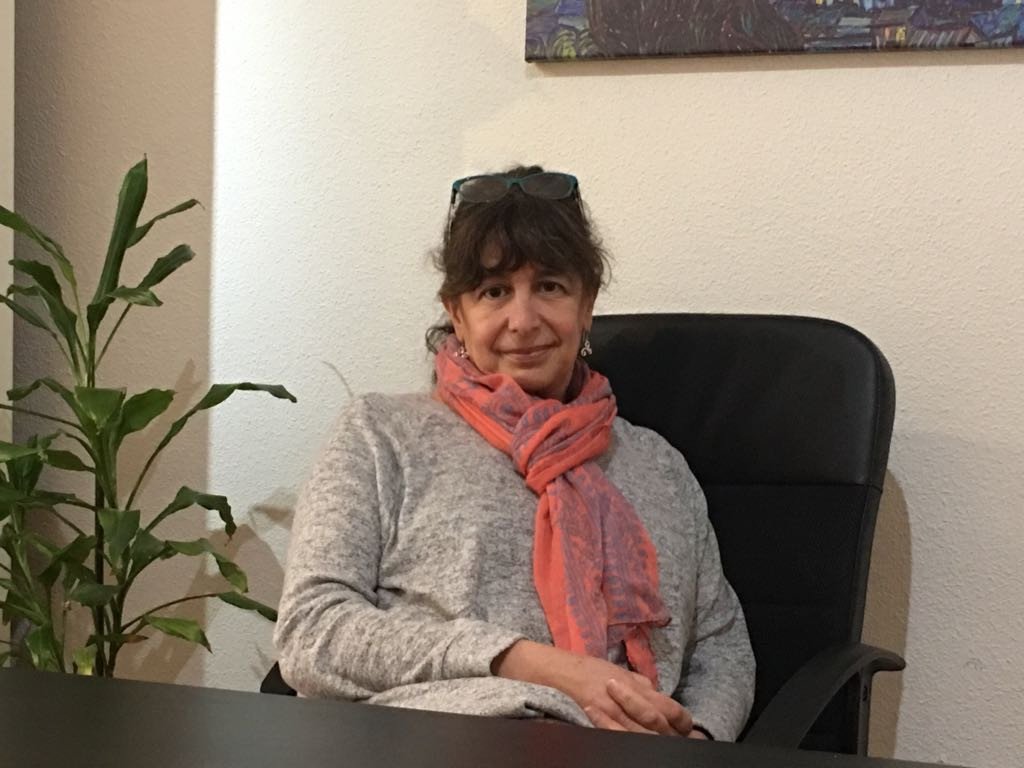 Fear is an emotion that has played a fundamental role in the survival of human beings. But when does it become a problem?

Yes, fear is fundamental in animals and in human beings for survival. It serves mainly to orient us about the dangers that can threaten us at any given time, whether these are perceived in the external world or in the internal world. They activate in our organism the responses of flight or fight, as it is more convenient.

It is very easy to see this in animals, for example, in a dog, when it is eating with great appetite and hears a noise unknown to it, it stops, raises its head, sniffs, looks, that is, it is oriented to see if the stimulus indicates that it has to go out and bark because there is someone, or run away to hide if it is very scared. In that orientation, the nervous system in a state of alert, serves him to make those decisions. If, when orienting himself, he discards that there is a danger to him, he will continue to eat calmly.

Fear in human beings is a kind of alarm that is set off to warn us that something may put us, ourselves, someone in our immediate environment at risk or perhaps simply our esteem, our image or our sense of security at risk.

The fear reaction originates in the oldest part of our brain, which is characterized by rapid activation, from 0 to 100, instantly. For example, if we cross a street and see a car coming, the scare activates our nervous system, first making us jump backwards, then giving us a feeling of shock and finally we may think “I could have been killed”. We see there, how fear activates an immediate response to danger, even before we are aware of it, that is, we can think about it.

Fear becomes a problem when it is activated in us so often or for such a long time that it ceases to really discriminate against risks and dangers, making us feel more or less constantly frightened, for example in the face of new situations, which do not in themselves represent a danger, but which are lived in a threatening way.

Fear also becomes a problem when it arises in association with a stimulus, object or circumstance every time it appears or is contacted, and yet it does not in itself carry anything threatening or represent a real danger, but causes the person to constantly avoid them so as not to feel the discomfort that fear produces. This situation is what we call phobia.

It is like living in a permanent state of alert or alarm, which, being constantly on, no longer only warns about dangers, but also stops discriminating and therefore no longer serves for guidance or quick reactions in survival.

It thus becomes a very limiting problem that causes loss of freedom, excessive worry, anxiety, among other difficulties that have to do fundamentally with adaptation to the environment, to ourselves and to others.

So what is a phobia? What are its symptoms?

Its symptoms are varied and range from panic terror, with tachycardia, sweating, psychomotor agitation to paralysis, frostbite, uncontrollable shaking.

Psychologically, these symptoms have to do with not feeling capable of facing something, with feeling overcome and not seeing oneself in conditions to face some object or situation, with a feeling of risk of life or death and above all, with the conviction of not being able to successfully go through certain circumstances related to that which causes the phobia, which leads the person to avoid everything that could mean an approach to the phobic object or situation.

What types of phobias are there?

Simple phobias, usually towards a single object. They have a source, from where they come, usually in childhood, where as children we are afraid of certain things or situations. As adults and in similar scenarios, something acts as a trigger and makes us relive those frightening sensations of the past, as if we were still small and helpless, developing a phobia of something.

There are complex phobias, which are fears related to and intermingled with personality characteristics and character. They generally appear during the course of development in childhood, or associated with various traumatic experiences in adolescence that exacerbate aspects already vulnerable in the early years of life. Mainly, they hinder relationships with others, intimacy, commitment and aspects of self-concept, such as self-esteem. Social phobia is an example of complex phobias.

You differentiate complex phobias from simple ones and you talk about social phobia. What differentiates this type of phobia from shyness?

Shyness is a characteristic of introverted people, who are rather reserved, with a lot of inner life, and who sometimes find it difficult to show themselves more socially, to appear, to be in the limelight and to develop socially with skills related to good conversation, to be entertaining or funny, to be the soul of the party. They tend to be very reflective people with an intense emotional world that shines little outside.

Social phobia, on the other hand, means that the person cannot attend meetings, events, sometimes at school or work, in the most serious cases that he or she remains confined to the house or needs to take alcohol or drugs to establish satisfactory interaction with others, since social contact is experienced as something very threatening and very frightening. Fear and shame are the prevailing affections.

How does social phobia affect the lives of people who suffer from it?

It’s very limiting. It can go to the extreme that the person has to live secluded in their home, avoiding contact with other people outside their family. Or, it is observed when the person finds it difficult to attend usual social activities (study, work, shows) or exceptional ones (weddings, baptisms, graduations).

The fear of being evaluated or exposed is the predominant affection these people experience, in addition to having a lot of difficulty showing themselves publicly, being the center of attention of others or standing out for some particular reason.

It is a very great suffering that they suffer, reaching the extreme of not feeling worthy of being loved by others or having the feeling that there is a fault or a defect in them that they do not want others to see.

In what context does social phobia most affect?

Social phobia affects more in contexts where feelings are undervalued, which are experienced as a sign of weakness, in environments with a lack of affection, where children are not offered experiences of security within the family, so that they can later become successful children outside. Also in very overprotective and normative environments, where children do not develop self-affirmative feelings of their own worth, where everything is given to them with resolution and they do not have to make an effort and put their own resources into play in order to obtain what they want.

Then a fear develops to go out into the world, to connect with others as we are, with our defects and our virtues, to deal with our limitations in order to overcome those obstacles that are presented to us. It can also happen that one of our caregivers in childhood, has this same problem and we learn somehow those fears or other similar ones.

In any case, even though we grew up in an adverse environment, we can acquire as adults the security that we did not obtain in breeding later on, develop new resources and strengthen ourselves to make our way in the external world. This sometimes happens because there are new, more favourable contexts later in development (couple, educational or sports contexts, family of friends, gangs of university colleagues, work team) or because people ask for specialised, medical, psychiatric or psychological help to overcome these difficulties.

In Cepsim, what treatment do you offer to people suffering from this disorder?

In Cepsim, first we make an exhaustive diagnosis during the first sessions to evaluate what the problem is and the context in which it appears. We also evaluate each person in particular and their way of being, case by case, to be able to carry out the most convenient treatment.

We use third generation therapies, such as Brain Integration Techniques, Sensorimotor Therapy or SomaticExperience, Internal Family Model, Hypnosis, which are aimed at finding the scenario(s) of the phobia in the past, to “turn it off” so to speak, or process it, so that it stops turning on in the present every time a trigger remembers the emotion of fear experienced then. That’s in the case of simple phobias.

In the case of complex phobias, the treatments are longer since they work on aspects linked to the way of being and the personality, focusing on how to establish emotional ties and manage the emotional world.

One of the most widely used techniques for the treatment of phobias is systematic desensitization. What exactly does this consist of? Why is exposure to the phobic stimulus so useful?

Systematic desensitization consists of planning very gradual and progressive exposure to those stimuli that produce the phobia.

The person develops the possibility of approaching that which terrifies him/her with support from the therapist’s principle, who sometimes acts as a counterphobic companion and through systematic repetition, which increases the difficulty and the time of exposure, seeks precisely to desensitize, that is to say that he/she no longer feels fear and that the object of this phobia becomes something not frightening for the person.

Is it possible to overcome a phobia without applying exposure techniques?

Of course. The exposure technique has been developed by the Cognitive-Behavioral approach and certain patients do very well and thus solve their problem.

But we are very accustomed to receiving people who, having experienced this type of specific treatment for a phobia, based on exposure techniques, over time develop another similar one or the same one worsens, so it is necessary to apply here other types of treatments aimed at greater depth that allow the problem to be worked on at its root, so that it does not recur.

Can a person with social phobia recover completely?

A person with social phobia, or any other type of phobia, can recover. He can re-experience much of his functionality, can develop roles and resources that allow him to go out into the world feeling safe and protected, safely and without fear, regaining a normal relationship with that which generated so much fear.

Many times our patients are surprised to discover that something they have suffered for so long can be redirected, giving rise to new experiences and expanding the possibilities of experiences, which were previously unavailable.