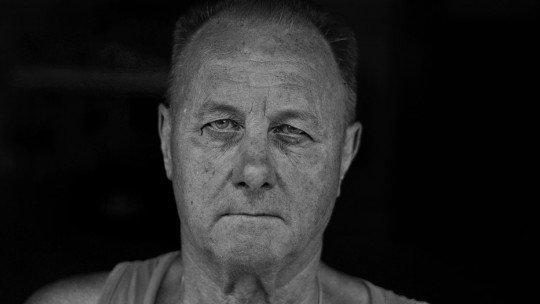 From the annals of history, from the creation of civilizations to the present day, the human being has been characterized mainly by aspiring to achieve success, to reach the goals that one sets for oneself and consequently to pursue new objectives to increase motivation.

The failure or non-achievement of that motivation is what leads us to frustration, a depressive or negative state that according to Abram Amsel can have its origins in the biological field of human beings. Next we will see what exactly is Abram Amsel’s theory of frustration and what it says about how we behave.

How do we define frustration?

Frustration is defined as a strictly unpleasant feeling in which a person previously deposits all his physical and psychological efforts, attitudes, aptitudes and time in achieving a goal he had set and the nullity of this goal. That is, what is usually experienced when a goal has not been successfully achieved.

On the other hand, frustration can be considered a totally subjective perception or feeling, of a personal nature and whose interpretation depends on each individual. In other words, the phenomenon of frustration may or may not occur, depending on how the non-achievement of our goals is perceived.

Abram Amsel and the theory of frustration

Abram Amsel (1922-2006) was a distinguished researcher, theoretician, teacher and writer in the field of human behavior and in the various branches of psychological knowledge of human behavior. He is also the author of the book “La teoría de la frustración”, published in 1992.

In general terms, Abram Amsel was passionately involved in the theories of human behaviour by investigating the mechanisms of reward, the psychological effects produced by non-reward and on the different psychological reactions both when frustration is not assumed and when it is not assumed.

The frustration theory understands and addresses concepts such as secondary frustration, which is a type of response learned from the same frustration; persistence (continuing to pursue the goal even without obtaining a reward) and regression, which involves the appearance of a particular mode of behaviour in the early frustration phase.

Motivation is part of frustration

Motivation is an inherent feeling of people that appears for the fact of achieving an objective, realizing a dream or for covering a certain personal need , such as studying. Being a doctor is what motivates a medical student to study.

In this sense, individuals construct priorities that depend on personal needs whether material, immaterial or emotional, as suggested by Abraham Maslow’s theory of “Human Motivation” (1943).

For this reason, motivation turns out to be a variable dependent on frustration. In other words, depending on the expectations we create around us, frustration will be less or more, and at the same time the degree of motivation can be transformed according to the situation.

This type of frustration refers to two types of situations, one with a positive charge and the other with a negative charge, which makes us vulnerable to making a decision out of fear of what we might lose .

This situation arises when we pursue two objectives that seem incompatible with each other . For example, we want to buy a luxury car but at the same time we want it to be cheap.

3. The wall or barrier

Frustration is conceived by the inability to achieve something because some element in the form of a barrier or obstacle (physical or not) prevents us from doing so.

Like all human behavior, frustration has consequences that, in some cases, become serious and that if not treated by a professional specialist can become very harmful.

Some of the consequences of frustration can lead to an aggressive attitude towards others or towards oneself , leading to self-harm. Childish behaviour and regression are other common causes, although the most common complications are depression, sadness and introversion.

Abram Amsel’s theory of frustration provides us with some remedies and solutions to avoid frustration. Among these suggestions, Abram Amsel recommends identifying the origin and the cause of frustration , trying to look for alternative objectives that will give us full satisfaction and, above all, setting achievable and realistic objectives.

We live in a society in which the world of work, according to Amsel, Hull and Maslow, plays a major role in collective frustration, where the key to success is preconceived by standards of competence and willingness to be part of the glory. So, rethinking this framework of relationships is also necessary.