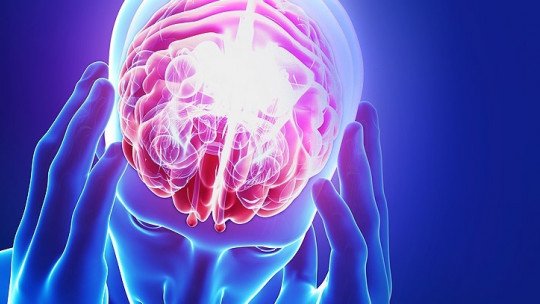 Knowing the causes that damage the brain and the consequences originating in behaviour is vital in the study of neuropsychology. Thanks to the appearance of functional and structural neuroimaging techniques, it has been possible to study the encephalic structures damaged from the moment of injury, as well as their subsequent evolution.

Likewise, in most cases physical, cognitive and emotional sequelae are observed that end up generating some kind of disability.

In adults, the following causes of acquired brain damage (ACD) stand out.

Strokes are differentiated into two subtypes: ischemic and haemorrhagic , the former being more frequent. Ischemic strokes are characterised by the interruption of blood flow in a certain area of the brain that prevents the supply of oxygen and glucose, leading to a heart attack. There are three main causes:

On the other hand, the hemorrhagic strokes based on blood spillage due to ruptured arteries , highlighting intracerebral and subarachnoid hemorrhages, stand out.

Traumatic brain injury (TBI) is the leading cause of death among young people . Brain damage is caused as a consequence of external agents such as traffic accidents, falls, accidents at work, etc.

Open ECTs are due to brain injuries resulting from injuries to the skull or fractures that reach the brain, although they usually do not affect consciousness.

For their part, closed head injuries are usually accompanied by states of coma , mostly resulting from traffic accidents. In these cases, contusion with small haemorrhages in superficial vessels is the main damage, and axonal damage can also occur with the consequent loss of myelin, which can cause deficits in attention, memory and information processing, especially when the lobes involved are the frontal and temporal ones.

Tumors are expansive processes that can originate in any part of the brain . They are divided into primary, when they originate in the brain itself, or secondary, when they come from metastasis from other areas of the body. The danger depends on their capacity to infiltrate the organ and their ability to proliferate.

The most common are gliomas , derived from glial cells such as astrocytes, with glioblastoma multiforme being one of the most lethal, as it tends to quickly invade the brain tissue, so that when it is diagnosed it is usually too late to carry out good treatment.

How do you intervene medically?

Identifying the risk factors for brain damage is of vital importance for primary prevention, the main ones being age, genetic vulnerability and previous vascular diseases, as well as the presence of heart disease, hypertension, obesity and substance use among others.

The prognosis will depend in any case on the age of the patient, as well as on the extent and the brain area affected. In the case of stroke, treatment must be very rapid, otherwise it may worsen and lead to sequelae. Therefore, in addition to the administration of drugs that reduce blood pressure, surgical intervention to reduce bleeding is often necessary.