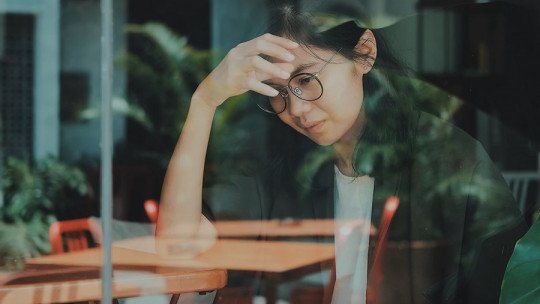 Acute Stress Disorder involves exposure to a traumatic event or occurrence , and causes a series of intrusive, dissociative and avoidance symptoms, causing severe distress to the person who suffers it.

It lasts between 3 days and 1 month, and if the symptoms persist, it ends up evolving into PTSD (Post-Traumatic Stress Disorder). In this article we will know the main symptoms of this disorder, the causes that originate it and the treatments that are used.

Acute Stress Disorder (ASD) is a disorder classified as “trauma and stressor-related disorder” within the DSM-5 (Diagnostic and Statistical Manual of Mental Disorders).

This is an abbreviated form of PTSD (Post-Traumatic Stress Disorder); thus, while PTSD lasts at least 1 month, ASD lasts at least 3 days and at most 1 month. That is, when the symptoms last longer than 1 month, the ASD becomes a PTSD .

The diagnostic criteria for Acute Stress Disorder in DSM-5 are as follows.

The first criterion includes exposure to an event as shocking and traumatic as a death, serious injury or a case of sexual violence . It can be experienced in an actual or threatened form.

Forms of exposure include four varieties or situations: it may be a direct experience of the event, being present at the event to others, knowing that the event has happened to a family member or close friend, or being exposed to repulsive details of the event in a repeated or extreme way.

This last case of details would include professions such as police and firefighters, among others, as they are frequently exposed to death, violence and child abuse, for example.

The second criterion of Acute Stress Disorder includes the presence of 9 symptoms (or more) from 5 categories, being these: intrusion, a negative mood, dissociation, avoidance and alertness. The symptoms begin or worsen after the traumatic event or events .

Let’s look at the 5 categories of symptoms:

It includes memories of the event itself; these memories are intrusive and involuntary, as well as distressing and recurring (they repeat themselves). In children, however, games that somehow express parts of the traumatic event may appear instead of memories.

There may also be recurrent dreams of the event or part of it, dissociative reactions and significant psychological distress.

In Acute Stress Disorder another remarkable symptom is the inability to experience positive sensations or emotions .

In addition, an altered sense of reality or self may appear, as well as an inability to remember the event itself or a part of it.

The person with Acute Stress Disorder tries to avoid remembering or thinking about the event, and makes significant efforts to do so ; he or she also avoids remembering people, objects or conversations related to the event (i.e. external reminders of the event).

As we have seen, the causes of Acute Stress Disorder are exposure (in any of its variants) to a traumatic and shocking event or fact, related to death (e.g. suicide, fatal accident or murder), serious injury (e.g. being seriously injured after an accident) and sexual violence (e.g. rape).

That is, the event must be of a certain gravity and very shocking for the person who lives it, hears it or sees it . Thus, the causes may be the same as those that give rise to PTSD.

The psychological treatment of Acute Stress Disorder includes techniques of exposure to trauma . These are usually techniques that include imagination training and covert (imagined) exposure among their strategies, although live exposure can also be used, especially to details, objects or people related to the event.

In addition, strategies are often employed to get the patient to write or express the story of the event, including as much detail as possible, and then to rewrite that story or writing to include reassuring, relaxing or positive elements. The goal is for the patient to process in a healthy way what he or she experienced or the event to which he or she was exposed in one way or another.

Another technique used for Acute Stress Disorder is cognitive restructuring , which allows the elimination or modification of cognitive distortions and negative and/or catastrophic thoughts originated by the traumatic experience.

Regarding psychopharmacological treatment, anxiolytic drugs can be used as a complement to psychological intervention , to relieve the person’s most physiological and anxious symptoms.

However, we must take into account that Acute Stress Disorder lasts a maximum of 1 month, and therefore it is not so long as to lengthen the duration of the drug prescription; sometimes, even no medication will be prescribed, it all depends on what the doctor or psychiatrist indicates after a thorough evaluation of the person.