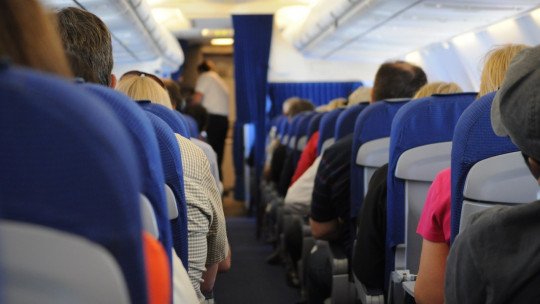 If the technological advances of the last 100 years have made themselves felt in any area, it is that of interconnection and globalization. Today we can be on the other side of the planet in a matter of hours, and we can even live in two countries at once, money permitting. Passenger planes make that possible.

However, not everyone benefits equally from the benefits of international flying. People with a fear of flying, or aerophobia, can go to the extreme of not getting on a plane because of the panic and stress that this type of experience produces.

Aerophobia is a type of phobia in which what produces intense fear is the situation of seeing oneself inside a plane that is flying or could take off. What is frightening is the idea that an airplane accident may occur, which by its nature is associated with a very high risk of death.

However, not all cases of fear of flying are considered a sign of aerophobia . As in almost everything, there are different degrees of intensity in fears, and aerophobia will only exist as such if the panic is so intense that it becomes a limiting element in the person’s quality of life.

That is why although it is estimated that approximately 25% of people are afraid of flying, among these the proportion of people with aerophobia would barely reach 10%. Emotions take over from phobia

Sometimes this fear goes further and even extends to planes that for different reasons will not fly, either because there is no scheduled flight or because they are imitation planes and do not work, for example. In these cases there is a generalization.

As with all types of phobias, this fear of flying is not based on a sense of danger based on reasonable fears, but is basically irrational. It occurs in spite of being aware that the flight safety measures are optimal .

Even if reason understands the plane’s safety guarantees, emotions follow a totally different path, often exerting a great influence on the former, deforming it and causing almost delirious thoughts to appear.

The symptoms of airplane terror

Among the symptoms of aerophobia are many of those typical of all other phobias:

One of the elements that best explain the appearance of aerophobia is the fact that has lived a traumatic event related to airplanes in the past . This means that you may have experienced a plane crash in the first person, or you may have seen one, or someone you know suffered its consequences.

In other cases, aerophobia occurs when certain personality traits interfere with how the situation is managed.

For example, people with a high tendency to control can become very stressed at times when they have no control over what happens, and flying on board an airplane is one such context.

Similarly, a general propensity for anxiety causes one to analyze what is happening in the environment in such a way that one finds many clues that can be interpreted as indications of an accident that is about to happen. All of this increases stress, which in turn leads to a search for false signs of danger.

The most frequent treatments for extreme fear of flying include gradual exposure to the situation that produces terror . The aim of this strategy is to create a progressive desensitization.

In this way, by accompanying a person to a real or virtual plane and letting him or her make small progress, the person learns to stop associating these situations with the extreme fear that they usually produce.

Scary exposure programs based on virtual reality are very useful, because they are cheap and easy to perform as they do not depend on real aircraft owners, and they also allow you to control everything that happens in flight and end the session at any time.