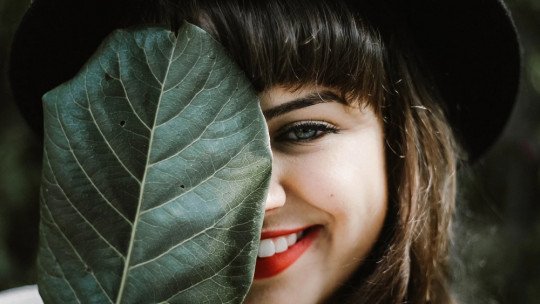 Human beings have the capacity to feel an immense amount of emotions that overwhelm and condition us when we make any kind of decision. When these emotions occur in the past, they can be so intensely recorded that we can remember them no matter how much time passes. But what about future emotions?

Some studies have tried to study our capacity to determine future emotions, giving it the concept of affective prediction . In this article we will talk about this ability, as well as the specific factors and possible applications.

What is affective prediction?

Affective prediction or affective prognosis is a term used within psychology to define the capacity of people to make predictions about their future affect or emotional state and the consequences of these.

The term was coined by psychologists Timothy Wilson and Daniel Gilbert as a result of their research into this ability. While early research focused only on measuring emotional predictions, later studies began to examine the accuracy and predictability of these predictions.

The results revealed that people are extremely clumsy in trying to predict our emotional states . Due to the large amount of cognitive biases we have, such as focusing, empathy gap and impact bias, we are practically unable to determine exactly how, when and with what intensity we will experience our emotions in the future.

The reason is that feelings experienced in the present interfere with and blind us to future decisions, at which point we may feel very different from how we think we will.

One example is when we ask people how they think they would feel if they won the lottery. Most likely, people overestimate future positive feelings, ignoring a host of factors that can influence their emotional state outside of the fact that they have won the lottery.

However, the studies revealed that people were indeed able to predict the emotional valence of their future emotions. That is, we know whether a future action or event will be positive or not. Also we are quite skilled at identifying the emotions we will have ; for example, knowing that we will feel happy after a compliment.

However, these predictions are not always correct. In other words, people are not right about their future emotions in 100% of the cases. Similarly, we are much less accurate in trying to predict the intensity and duration of our future emotions.

What aspects of emotion can we predict?

Affective prediction can be divided into four components or factors for which people have greater or lesser predictive capacity. These factors are:

In psychology we know by affective valence the emotional value we give to a person, object or situation . In the specific case of affective prediction, it is manifested in the capacity to know whether a person or event will bring about positive or negative emotions. Whatever they are.

Studies show that people are very good at predicting this factor, which means that we are quite clear about which things generate positive emotions and we value them as such, and which other things provoke negative emotions and produce feelings of aversion.

Predicting valency is not enough. In addition to this, people feel the need to know exactly what specific emotions we experience with certain situations or people.

Generally, we have the ability to predict our specific emotions most of the time. We are aware of which circumstances make us happy and which others generate feelings of anguish, fear or anxiety.

However, this is not always easy since we can often experience a mixture of emotions that do not always seem to be compatible . For example, if we find a good job offer, but it is abroad, we may feel happy and excited about starting a new life and having a good job, but on the other hand we may feel a bit sad about having to leave our family and friends.

3. Intensity and duration of emotions

Finally, the third factor studied in Wilson and Gilbert’s research was people’s ability to predict the intensity of emotions, as well as the duration of these emotions.

The results determined that we can predict quite accurately both the emotional valence and the specific emotions we will experience in the future. However, in terms of the ability to predict the intensity and duration of emotions, the data reveal that we are not as good at this.

The research showed that people tend to overestimate the duration of their future emotional reactions , a phenomenon known as durability bias. In the same way, when we try to predict how intense our emotions will be, we also fall into the error of overestimating this intensity. In this case the error is due to an impact bias.

What applications can it have?

Although the affective prognosis has been studied mostly within the field of psychology, there are many other fields such as economics, law, health care or happiness research

An example of the application of affective prediction studies, in a field unconnected with psychology, can be found in the interest shown by legal theorists in the tendency that we show to underestimate our capacity to adapt to events that represent a change in our lives, since this makes them question the assumptions behind the compensation for damages .

In the same way, this capacity is also currently being studied by health theorists or analysts, since most of the crucial decisions made about health depend on the patient’s perception of his or her future quality of life.