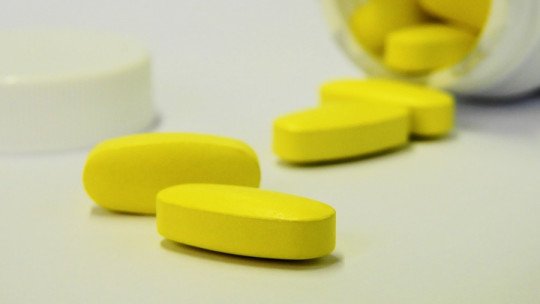 Today there are many pharmacological tools to treat people with a depressive disorder. Among the antidepressant drugs, the presence of agomelatin stands out, a special compound due to its particular mechanism of action and its chemical profile, very similar to that of melatonin, a hormone related to the circadian rhythms of sleep.

In this article we explain what agomelatin is, what its clinical uses are and its mechanism of action, its main side effects and its uses in other disorders besides depression.

Agomelatin is an atypical antidepressant drug used to treat major depressive disorder . This drug was developed by the French pharmaceutical company Servier and was approved for use in Europe in 2009, and in Australia in 2010. S considers this drug to be a melatonin analogue.

Clinical studies with agomelatin indicate that it is a valid drug for treating depressive episodes in adults. Its antidepressant effect is more potent in severe depressions, and it has been shown to be at least as effective as some selective serotonin reuptake inhibitors (paroxetine, sertraline, escitalopram or fluoxetine) in the treatment of major depression.

On the other hand, a meta-analysis conducted in 2018 comparing 21 antidepressant drugs concluded that agomelatin was one of the most tolerable and effective drugs. As we will see below, its particular mechanism of action, through which is able to modulate circadian rhythms , makes it especially unique in terms of its pharmacological profile.

The mechanism of action of melatonin is quite peculiar within the group of antidepressants. This drug exerts its therapeutic effects by acting as an agonist of the melatonin receptors (MT1 and MT2) and as an antagonist of the serotonin (5-HT2c and 5-HT2b) receptors.

Studies suggest that it has no effect on monoamine absorption and has no affinity for adrenergic receptors, histamines, cholinergics, dopaminergics and serotoninergics, as is the case with other antidepressants.

A particular characteristic of agomelatin is its ability to modulate or resynchronize circadian rhythms. In studies with animal models, it has been shown to have positive effects in cases where there is a delayed sleep phase syndrome, a disorder that affects the quality and type of sleep, body temperature rhythm, hormonal rhythm, among other biological functions.

On the other hand, agomelatin increases the release of the neurotransmitters dopamine and noradrenaline , especially in regions of the frontal cortex of the brain, due to its action as an antagonist of serotoninergic receptors (specifically, 5-HT2c). This is why this drug is sometimes classified as a noradrenaline and dopamine depressant. Furthermore, the antagonistic effect on the 5-HT2b receptor is a property that it shares with several atypical antipsychotic drugs (e.g. aripiprazole), which are also used as antidepressants).

Currently, several research studies are focused on studying the usefulness of drugs that exert an antagonism on the 5-HT2b receptor to reduce headache pain (in migraines and headaches, for example). Therefore, it should be noted that this antagonistic effect of agomelatin has been shown to be useful for its depressive effectiveness, but also for its ability to reduce the adverse effects of the drug.

One of the advantages of agomelatin is that produces fewer side effects and adverse events than the vast majority of antidepressant drugs . Agomelatin does not alter attention span or memory. Furthermore, in depressed patients its use increases slow wave sleep without modifying the amount of REM sleep (rapid eye movements) or REM latency.

Due to its characteristic pharmacological profile, agomelatin induces an advance in the time of onset of sleep and minimum heart rate . In addition, from the first week of treatment with agomelatin, patients report an increase in the time of onset and quality of sleep, without producing alterations in mobility (e.g. daytime clumsiness).

However, the use of agomelatin is not without potential side effects. The most serious, but also rare, adverse reactions include migraine, restless leg syndrome, eczema, excessive sweating, agitation, irritability or even aggressive or self-injurious behaviour. And among the most common, we can highlight the following:

Seasonal affective disorder is a subtype of major depressive or bipolar disorder that is characterized by recurrent affective episodes in the same season of the year. Patients most often suffer episodes of depression during the autumn or winter, which are followed by remission or by hypomanic episodes. These people show a delay

As mentioned above, research suggests that agomelatin may have beneficial effects on sleep disturbances and circadian rhythms. In a study published in 2007 in the journal Psychopharmacology, people treated with this drug noticed its effects after 2 weeks, with a notable reduction in the symptoms associated with the syndrome (mood changes, sleeping difficulties and others).

In that study, agomelatin showed excellent tolerability at a dose of 25 mg , without significant side effects typical of other antidepressant drugs. About one third of the patients noted mild drowsiness after taking the drug; however, only one patient experienced a subjective deterioration (due to fatigue) during the first 5 days.

Uses of this drug for anxiety

The clinical uses of agomelatin go beyond depressive symptoms, as has been observed in the various studies conducted in recent years. Several studies have shown that the anxiolytic efficacy of agomelatin is more powerful in depressed patients suffering from severe anxiety symptoms .

In a meta-analysis of six multi-centre studies involving almost 2000 patients with major depressive disorder, more than 900 of them suffered from severe anxiety symptoms. The clinical efficacy of agomelatin was compared with selective serotonin reuptake inhibitors (sertraline and fluoxetine), and with a serotonin and noradrenaline reuptake inhibitor (venlafaxine), in addition to a placebo.

The results of the analysis concluded that agomelatin significantly reduces anxiety symptoms, already from the second week of treatment, and in a more effective way than other antidepressants. Furthermore, the positive effects were even more pronounced in people with depression who also suffered from a high degree of anxiety.

In short, agomelatin has not only been shown to be effective against depressive symptoms, but also in cases where there is comorbid anxiety, and also in people with circadian rhythm disorders, as discussed above. For all these reasons, the clinical interest in the drug has increased over the years and research is still underway on how it works and how it exerts these characteristic effects.