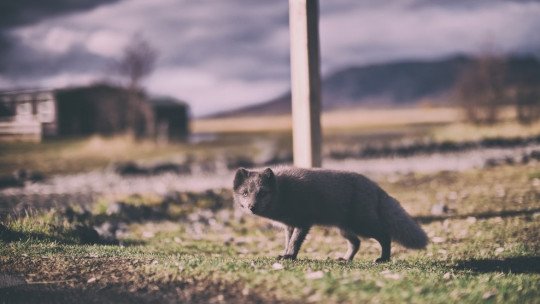 Phobias are irrational and persistent fears , which can considerably affect a person’s quality of life. Many of them have as a phobic stimulus an animal or group of animals, as is the case with agrizoophobia, that is, the phobia of wild animals.

In this article we will know what is understood by wild animal, examples of them, as well as the symptoms, causes and treatments of agrizoophobia.

Agrizoophobia is the phobia of wild animals . Like all phobias, it translates into an unjustified, irrational and intense fear of the phobic stimulus. It is a specific phobia, classified as such in the DSM-5 (Diagnostic Manual of Mental Disorders). Remember that phobias are anxiety disorders, and that they are the most prevalent anxiety disorders in the general population.

Specifically, we can place agrizoophobia within animal phobias, one of the 5 groups of phobias proposed by the DSM-5, along with: phobia of natural environments, situational phobia, phobia of injections/blood/wound and other phobias.

But what exactly are wild animals? What are some of them? Let’s explain it to understand this kind of phobia in more detail:

Wild animals are animals that live in freedom and have not been domesticated by humans . They can live in water, air or land; that is, there are different types of them. Examples of wild animals are: the lion, tiger, shark, elephant, giraffe, leopard, wolf, crocodile, etc. As we can see, each one has a specific natural habitat and a surface where it is used to live.

It is difficult for a wild animal to become domestic, although there have been cases of people who have “domesticated” them or live with them: for example, a woman living in Florida has a tiger as a “pet”. However, this is far from being the norm, as these animals often need to live in the wild and outdoors, without human control.

Dangerousness is often associated with wild animals. This is because some of them are, especially when they are attacked, disturbed or interfered with in their natural habitat. However, in agrizoophobia the danger is not real, or is not so high as to explain the symptoms that trigger the phobia itself . 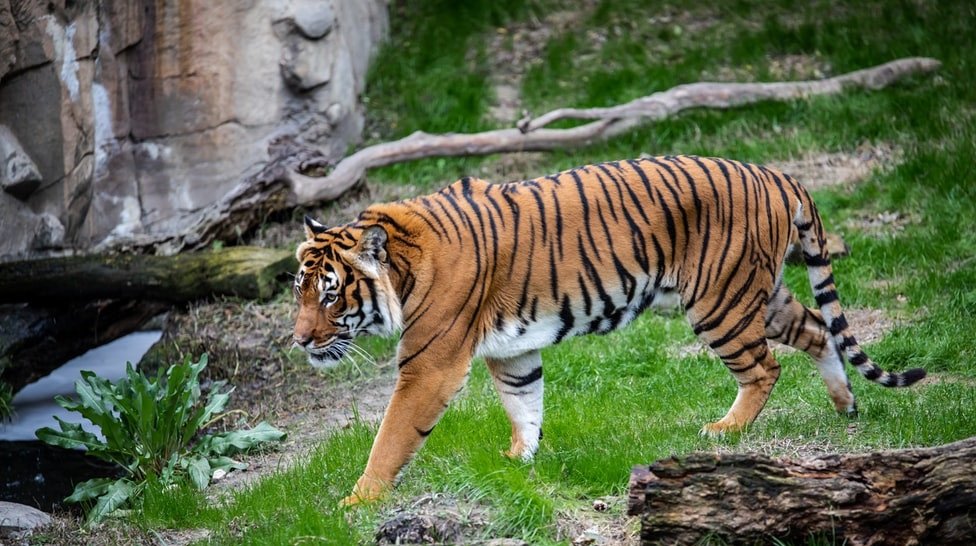 The symptoms of agrizoophobia consist of an intense and disproportionate fear of wild animals, along with other associated psychophysiological symptoms: e.g. dizziness, nausea, vomiting, over-excitement, nervousness, agitation, sweating, feeling of shortness of breath, loss of control, anxiety …

Normally, however, these latter symptoms do not appear unless the patient with agrizoophobia manifests some kind of panic attack associated with the presence (or imagination) of this type of animal. Let’s make the symptoms of this phobia a little more specific.

The intense fear of animals that agrizoophobia implies is, moreover, disproportionate; this means that, although logically one might think that a wild animal can cause fear (because it can cause harm), in agrizoophobia fear appears even when the animal cannot cause harm (in a zoo, for example) or when it is not present (in the imagination).

In other words, in agrizoophobia the real danger does not exist (or is not serious enough to justify the symptoms). Thus, it is an irrational fear (as in any specific phobia). This irrationality can be contemplated by the patient himself (i.e., he may realize that the fear is irrational); however, he is unable to cope with the phobia.

Other symptoms of agrizoophobia are: avoidance of phobic stimuli (in this case, wild animals); avoidance is also extrapolated to situations or environments where a wild animal can be seen (e.g. zoos, nature parks, etc.).

If, on the other hand, the phobic stimulus is faced, a symptom that may appear is resistance to it; that is, the patient with agrizoophobia faces the animal (sees it, approaches it, touches it…) but with extreme anxiety.

Finally, another characteristic symptom of agrizoophobia is an affectation of the person’s global and daily functioning, which loses quality of life and may stop doing things that in normal conditions would do, due to its phobia.

In addition, the person feels a clinically significant discomfort.

The causes of agrizoophobia are related to an ancestral and evolutionary response of the organism , to protect itself from danger. That is, evolutionarily, animals and people “learned” to protect themselves from certain stimuli, such as wild animals. It is logical to think that a wild animal can cause us physical harm, because this can happen; for example let’s think about lions, tigers, wolves, crocodiles…

These mechanisms that we talked about as a possible cause of agrizoophobia were useful for the survival of the species; however, currently, in agrizoophobia the mechanisms are dysfunctional and maladaptive, since they do not respond to a “real” or sufficiently serious danger.

On the other hand, these mechanisms are related to other types of related phobias, for example snake phobia, scorpion phobia, spider phobia, etc. Thus, as a cause of agrizoophobia we find a response of the organism as a protective measure against harmful or unknown agents (in this case, wild animals). This response may be unconscious.

Other causes of agrizoophobia are related to traumatic experiences with animals (whether wild or not, although especially with savages); for example, a dog bite, an animal attack, etc.

After living through something like this, the person may well develop such a phobia, as a protective mechanism. We also find among its causes the fact of having witnessed the attack of a wild animal on another person (vicarious conditioning), having heard related stories in others, etc.

Agrizoophobia can be treated with psychological therapy, mainly through two types of techniques: exposure techniques and cognitive techniques . With exposure (the therapy of choice for specific phobias), the subject will be exposed to these animals, gradually.

The exhibition can be of different types: symbolic (through images, videos, in imagination…), through virtual reality, live (through going to a zoo, for example), simulated (through behavioural tests), etc. Your choice will depend on the characteristics, needs and preferences of the patient with agrizoophobia.

On the other hand, cognitive therapy will be used to modify irrational and/or dysfunctional thoughts associated with wild animals; the goal is for the patient to “understand” that he or she does not have to be in danger, and that his or her fear is disproportionate. Through this type of therapy, the patient will also be encouraged to develop effective coping strategies to deal with the phobic stimulus.