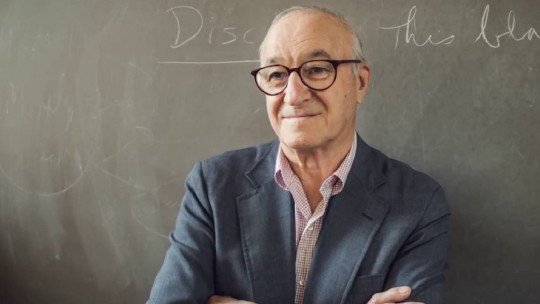 Albert Bandura is one of the best known psychologists in the history of human behavior science.

He has the honor of being recognized as the most important living psychologist and has been compared to others of Freud’s stature who have already died. However, his thinking is not at all Freudian, nor is it behavioural as many still believe today.

An ideologue of the theory of social learning and a very prolific author, his life is marked by a great contribution to psychology and by having changed the view of learning in the middle of the last century. Let’s see his interesting life through a brief biography of Albert Bandura , in which we will also see his contributions to psychology.

The following is a more in-depth discussion of the life events of this Canadian psychologist.

Albert Bandura was born in Mundare, Canada , on December 4, 1925. His family, which was of Ukrainian and Polish origin, was numerous, which is why already from his childhood, Bandura, who was the youngest of the six siblings, showed an aptitude to stand on his own two feet.

Living in a relatively small village, the local education did not always have everything necessary to teach the students everything they needed. So his teachers encouraged him to take charge of his own learning outside the classroom.

During his time at the school, Bandura realized that knowledge is something unstable, that it changes over time , either because new findings are discovered or because information becomes obsolete.

However, he also saw that the tools he had acquired for researching on his own were very useful to him for updating himself over the years. It is possible that this influenced his adult opinion about the importance of the student in his own educational process.

Although Bandura initially intended to study biology, he eventually chose to pursue his university studies in psychology, specifically at the University of British Columbia.

The way Albert Bandura behaved during his university years is something that surprises us. He liked to go several hours before classes started at his university and, out of boredom, decided to sign up for several extra subjects. It was in these subjects that he came into contact with the science of human behaviour , arousing a great fascination in him.

After completing his master’s and doctorate studies some time later, Albert Bandura was offered a job at Stanford University , where he has remained for the rest of his life and continues to be a professor, albeit an emeritus one.

During his first years as a professor at the institution, the psychologist focused on offering his classes in the most efficient way, as well as initiating research on adolescent aggression.

With the passage of time, acquired a deeper vision of behaviour by imitation , formulating hypotheses and theories on aspects such as behavioural imitation, either with or without rewards or punishments after the action has been carried out.

These early interests in these aspects gradually developed into what is perhaps Albert Bandura’s best-known theory, the theory of social learning.

The Bobo Doll experiment is probably the most famous research on imitation behavior ever conducted by Albert Bandura.

This research was carried out in 1961 and consisted of having several children watch a film and others did not. It showed several adults physically and verbally attacking an inflatable doll called Bobo. Then, both the children who had seen the film and those who had not been taken to a room where Bobo was located. The children who had seen the video behaved similarly to the adults, being violent with the doll .

This discovery was a great discovery in the 1960s, since it clashed with the main idea of behaviorism, which defended that human behavior was motivated only by the presence of rewards and punishments, not by simple imitation behavior without any reward.

Thus, children imitated adults without being given anything in return . Vocational learning was formally demonstrated and, through this experiment, Bandura was able to elaborate his archaic theory of social learning.

Social learning theory is about understanding how a person’s acquisition of knowledge, beliefs, attitudes and ways of thinking about the social environment occurs. The premise behind this theory is that learning is a cognitive process that cannot be dissociated from the context in which it occurs, be it family, school or any other context.

As we have already mentioned, the general view in psychology in the middle of the last century, especially in North American psychology, was behavioural, defending that learning was a process that was the result of a series of rewarded or punished actions.

But Bandura showed the opposite, that learning was rather the result of the child imitating both his peers and his parents and other adults doing certain actions. This led to the inclusion of a whole behavioural repertoire seen in their closest social environment, as well as acquiring the same ways of seeing the world and relating to it. All of this was done without the need to offer reinforcements.

Although it should be noted that reinforcement and punishment are important aspects in the acquisition of certain behaviours, it should not be assumed that all learning will be based on conditioning. Thus, this theory has served as a bridge between behaviorism and cognitivism , understanding that there are some learning that does work based on being conditioned and others that are given by imitation.

There are several postulates that can be highlighted from Bandura’s theory of social learning:

Prior to Bandura’s experiments, it was widely assumed within the community of psychologists that all learning took place in response to certain environmental circumstances.

However, the theory of social learning defends that the superior mental processes should not be left aside , that the individual can really process the information beyond whether or not there are reinforcements that invite to replicate the behaviour.

2. Not all learning is observable

According to the research of Bandura and several of his followers, not all learning has to be manifested externally immediately after being acquired .

Actions such as observation, reflection and decision making, although invisible, are very important in learning and may involve the inclusion or omission of certain behaviours.

Another of the main ideas of the theory proposed by Bandura is the fact that a person can perform or inhibit his behaviors without having to be the one who is receiving the punishments or rewards for having done so.

By observing how others behave and how they benefit or are harmed by it, a person can change his or her behavior based on what he or she has seen.

This is where the concept of vicarious reinforcement becomes important, i.e. some kind of beneficial or otherwise harmful factor that motivates the performance of a behaviour or not. It has been seen that this behaviour is purely human, not manifested in other species .

4. The relationship between learner and environment

According to the theory, the learner is not a passive individual who receives the new knowledge in a totally given way and without being involved in the process.

On the contrary, the person makes a whole series of changes in both his beliefs, attitudes and ideas that he can use to change his own environment. Thus, both learner and environment present a reciprocal relationship , modifying each other.

Albert Bandura and his relationship with behaviorism

There are many people and even books specialized in psychology that relate the figure of Albert Bandura with behaviorism. However, it can be said that this author has always considered that his point of view does not coincide with all the ideas defended by behavioral psychologists.

In fact, in his principles, this author defended the idea that it was simplistic to reduce all human behavior in terms of cause and effect relationships. However, it can be said that in several of his works makes use of properly behavioural terms , such as stimulus and response, among others.

According to Bandura himself, his view of human behavior could be included within what has been called social cognitivism, a current that differs quite a bit from traditional behaviorism.

Albert Bandura has the merit of being the most cited living psychologist in the world, and of all psychologists, both living and dead, to be in fourth place, only behind B. F. Skinner, Sigmund Freud and Jean Piaget. Bandura’s works, in spite of the fact that on many occasions they are considered behaviorists, have contributed to the so-called “cognitive revolution” , which began at the end of the 1960s and affected multiple fields of psychology.

He has written some books, among which we can highlight Aggression: an analysis of social learning from 1973, in which he focused on the origins of aggression and the importance it acquired by being imitated by vicarious learning. Also, and not at all omittable, is his work Theory of social learning , from 1977, in which his vision of this type of learning was explained in great detail.

Among the honors that this psychologist has been able to hold have been the being the president of the APA in 1974 , in addition to receiving two awards from this same association in the years 1980 and 2004 for his scientific contribution.