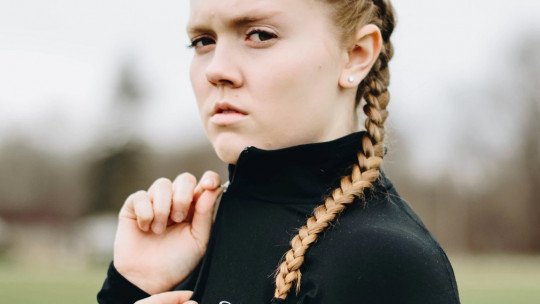 If we think about historical moments such as the Second World War, it is possible that a reflection arises on how it is possible that so many soldiers and citizens had certain behaviours that could be qualified as war crimes and crimes against humanity, such as those carried out in the concentration camps. The same doubt may arise in contexts such as partner or gender violence, or in less dramatic contexts such as those of subjects who commit robbery or fraud. And we do not need to move in areas referring to illegality: we can also ask ourselves, for example, how it is possible that people who value fidelity above all things can become unfaithful.

There are many attempts to explain how people who generally would not or should not carry out these and other behaviors because they are against their principles have come to carry them out. One of the proposed theories is Bandura’s theory of moral disconnection , which we will briefly review in this article.

Bandura’s theory of moral disconnection proposes that during our evolution and development, behavior is socially reinforced or punished through the application of different procedures, a regulation that over time we internalize through socialization . Little by little we are acquiring and developing a sense of ethics and morality, regulating our conduct based on the values that are established in our way of being. In this way, we tend to behave in a manner that is coherent with the norms of behaviour that we have internalised, regulating ourselves.

However, it is sometimes possible for people to carry out acts contrary to these internalized values and norms (for convenience, conformity or survival among other possible reasons), something that usually causes a dissonance between our doing and our thinking. This will generate an increase in inner tension and the appearance of subjective discomfort in the face of one’s own actions, when a moral conflict appears .

In these cases, and especially when the transgression supposes a strong break with our beliefs and values, it is habitual that what Bandura calls selective moral disconnection is produced, using different defensive mechanisms that allow trying to legitimize the own acts in spite of going against their moral system, deactivating the self-regulation and the moral censorship until these elements become something irrelevant and justifiable for the own person.

This disconnection occurs in a progressive way, in such a way that little by little they go accepting more and more behaviours that at first would be considered unacceptable, absurd, cruel or even criminal. Thus, the self-concept is protected and the usual process of self-regulation does not appear as different defensive mechanisms are applied.

This theory starts from the conception that the interaction between behavior and thought is deeply influenced by environmental, personal and behavioral factors, being morality also affected by the influence of cognition, emotion and social interactions. Bandura’s theory of moral disconnection, as we have seen in the introduction, is applicable in all types of situations: from the simplest or trivial to major war crimes . Obviously, the greater the severity of the split between realized behavior and morality, the greater the difficulty in using it and the greater the need for the intense application of defensive mechanisms that prevent the destruction of the self and of the self-concept.

The theory of moral disconnection proposes that this disconnection can occur in different domains or levels, depending on where it is located or the aspect that the mechanisms used in itself work. Thus, we can find four main domains.

This domain refers to the set of processes in which the element on which the modification is carried out is the behaviour in question . The acts are reinterpreted through different mechanisms, reducing their severity.

In this case, the point at which the subject introduces modifications in order to reduce the cognitive distortion generated by his acts is his own level of personal responsibility perceived by him , reducing this on the basis of concrete mechanisms.

The main turning point in the outcome locus is precisely the results of the action. It is based on reducing the importance and seriousness of the facts and their consequences, or ignoring them .

4. Locus of the receiver of the actions

Here the objective or mechanism to avoid the discomfort is to seek an explanation of the conduct from the victim or recipient of the immoral acts. Mainly it is based on blaming the other or reducing his value as a human being .

Bandura’s theory of moral disconnection states that human beings employ different cognitive mechanisms to justify their behavior when it is against their moral and ethical principles. Specifically, eight major mechanisms are proposed, and these are as follows.

Defensive mechanism of the moral disconnection in which the conduct carried out and contrary to the values and beliefs of the subject is defended as a means used to achieve a worthy and superior purpose, which justifies the acts committed. Reality is reinterpreted in a positive way so that the immoral act becomes in reality praiseworthy in the eyes of its perpetrator . It is one of the mechanisms that would be situated in the domain of the locus of conduct, and its presence is common in the military and in terrorism. It is typical of the locus of conduct.

Mode of defence mechanism in which the intensity and severity of immoral behaviour is reduced or distorted through language , expressing itself in such a way that it loses its harmful character. In other words, putting neutral names to immoral actions. It is also part of the behavioral locus.

One mechanism widely used today, is to attribute all or a large part of the responsibility for one’s actions to other persons or situations . On many occasions this person has a certain position of superiority with respect to the subject. Chance, time and place or another subject may serve as an element to displace the responsibility of the acts.

It is typically used in the workplace, but also in other more dramatic situations. A phrase that would sum up part of this concept is “just following orders”. It is based on attributing blame to others, something that would place it as a typical mechanism of the locus of action.

Similar to the previous mechanism, which in this case instead of being attributed to a single person, a slight degree of guilt is assumed as it spreads and is diffused by all the members of a group or collective. In this way, individual liability is mitigated by sharing the blame among all , or else it disappears directly. Part of the locus of action, in which the guilt of the facts is interpreted and reassigned.

Defensive mechanism focused on considering that the consequences of amoral actions are less serious than they really are. This implies distorting or considering false or exaggerated the effects of the behaviour carried out. “It won’t be a big deal”. The domain of which this mechanism would be part is the locus of result.

Mainly, this defensive mechanism implies making comparisons between one’s own behaviour and another considered much worse, in such a way that by comparison the first one does not seem so serious . The typical expression “…but I haven’t killed anyone” would be a simple example of such a comparison. It is also common to use as an excuse to perform the immoral act the fact that someone else or others have done something worse to us. It is typical of the locus of behavior, reinterpreting the facts on the basis of such a comparison.

Defensive mechanism generally employed in the face of guilt over the consequences of one’s actions for other people, these actions generally being of great gravity. It is based on taking away the humanity of those affected, reducing the consideration of them as beings and taking away the importance of their lives. This produces a decrease in the level of empathy towards them, facilitating the reduction or even eliminating the sensation of discomfort associated with the damage caused. Many acts of war and crimes are justified by this means, the mechanism used being based on the locus of the recipient of the actions.

Similar to the displacement of responsibility and dehumanization, it is based on making the victim primarily responsible for the subject’s committing the amoral act. “I would be looking for it/ I was provoking it” is a typical phrase that summarizes this mechanism. The conduct itself is seen as a normal reaction, derived or mitigated by the situation and the consideration that the other deserved such treatment . Mistreatment and violations are some of the contexts in which this mechanism has been used, which is typical of the locus of the recipient of the actions.