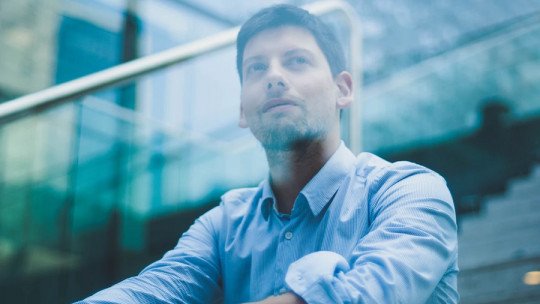 Everybody knows Maslow’s famous pyramid, the one in which several levels are placed in a hierarchical way, each one representing a series of needs from more to less basic.

Despite its popularity, this theory has not been free of controversy and has been reformulated several times, one of the most famous new proposals being that of Alderfer’s hierarchical ERC model , based on empirical evidence.

In this article we will learn more about the novelty of this model with respect to Maslow’s pyramid, we will see the three levels that are proposed as a counter proposal to the five of the classic model and what use it has in the world of work.

Alderfer’s hierarchical ERC model, also called the theory of motivation ERC is a reformulation of the classical theory of the pyramid of needs originally proposed by Abraham Maslow.

This proposal was put forward by the American psychologist Clayton Paul Alderfer during the 1960s . This model is based on the empirical research carried out by this psychologist in a factory located in Easton, Pennsylvania, United States.

Although famous, Maslow’s pyramid has never been free of controversy, as it is considered unprovable at a scientific level and is based more on a theoretical than an empirical view. Since it was proposed, revisions to this theory have been made, with Alderfer’s hierarchical ERC model probably being the most scientific proposal to the original model.

One of the differences that this model presents in comparison with Maslow’s is that it condenses the five original levels into only three, referring to needs of Existence, Relationship and Growth, which is why this theory has been called the ERC model. However, just as Maslow’s pyramid does, in Alderfer’s hierarchical ERC model these levels represent needs with a variable degree of priority .

Categories of this theory of motivation

The three levels or categories that make up the Alderfer ERC hierarchical model are described in more detail below.

This level includes all the needs of the human body which, if satisfied, guarantee its correct organic functioning and do not endanger its physical integrity.

This level is the highest priority of the three, given that if not satisfied may imply the death of the individual . People need food, sleep, housing and clothing to be able to continue living.

It can be said that, while most of these needs here can be easily satisfied materially, the need to feel protected involves a whole series of factors that, for political reasons, may be difficult to guarantee.

Economic and health stability is also considered an existential necessity.

The level of relatedness needs would correspond to the affiliation level of Maslow’s model. People need to relate to other individuals , by having friendships, family and intimate relationships.

It is a need that is considered universal, although it is true that there are people who have rather introverted personality traits and who prefer to keep their distance and not affiliate much with others.

Finally, there are the growth needs, which would be related to the person’s desire to prosper as an individual , improving his/her self-esteem as well as wanting to acquire new experiences.

This level corresponds to the last two levels of Maslow’s pyramid, namely recognition and self-realization.

How is it different from Maslow’s pyramid?

As has been suggested throughout this article, the differences between Alderfer’s ERC hierarchical model and Maslow’s pyramid are not limited to the fact that one has three levels while the other has five.

In the case of Maslow’s pyramid, it is argued that it is not possible to satisfy a higher level without first having adequately satisfied a lower level. For example, according to this theory, if the third level, which corresponds to that of membership, is not satisfied, it would not be possible to move on to the next level, which is that of recognition.

This is not entirely the case with the Alderfer proposal. Although it is suggested that first would go the existential needs, followed by the relational ones and, finally, those of growth, the model raises the possibility of satisfying several aspects of several levels simultaneously . There is not so much rigidity in comparison with Maslow’s classical pyramid.

In addition, another aspect of Alderfer’s model is that, although these three levels are universal, individuals can prioritize certain needs very differently . In other words, this model admits individual differences, with some people choosing to prioritise their personal growth and others choosing to give greater attention to their interpersonal relationships.

Last but not least, it should be noted that Alderfer’s proposal poses something new with respect to Maslow’s pyramid, and it is the principle of frustration-regression . According to this, if a higher need is not satisfied, the person becomes frustrated and chooses to satisfy lower needs in the hierarchy.

Application of the model at the organizational level

As we commented at the beginning of the article, this model is based on empirical data obtained through research in the field of employment , its origins being a study of how factory workers in Pennsylvania worked and were motivated.

This model, if taken into account at the organizational level, allows for an increase in employee motivation, especially if the hierarchical order of needs proposed by Alderfer is taken into account. As we have already mentioned, people do not have to prioritise the same thing; however, it is true that not having lower needs correctly satisfied affects the achievement of higher needs .

For example, an employee who does not have such basic needs met as access to decent housing, being able to eat properly or not feeling safe, will have a negative effect on his/her motivation and, as a side effect, will do a poor job.

Also, going to the level of relational needs, if the employee does not have a good relationship with his colleagues, subordinates and bosses, he will not feel comfortable in the workplace either, affecting negatively his performance. If, in the worst case, there are hostilities with the rest of the employees, the whole structure and productivity of the organization may be jeopardized .

In the case of development needs, and presenting it in a more positive light, employee motivation will increase if they see that their efforts in the workplace have paid off, either in the form of recognition from their bosses or in the form of an increase in their salary. Also, if by working he has acquired new knowledge that allows him to enrich his resume and his life in general, the person will appreciate everything he has learned while in the company and will talk pleasantly about it.

Today, most companies try to take these aspects into account , since none of them are interested in having unmotivated employees who do not carry out their work satisfactorily. If employees are not stimulated to expand their knowledge, are not comfortable working in the company or are simply in a bad state of health because of the organisation, the company is condemned to failure.