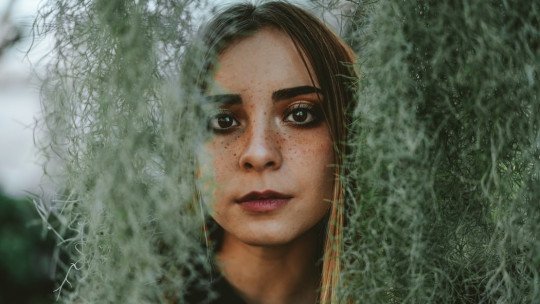 Human beings are social animals who need the acceptance and care of others. To have a good emotional balance, it is necessary to have relationships with other people based on respect and mutual understanding.

One of the key aspects in understanding how a person relates to others is the attachment they established in their childhood with their caregivers.

The style of attachment impacts on both the person’s childhood and adulthood, causing the individual to relate to others in a similar way as he did to his own parents.

In this article we are going to talk about ambivalent attachment , in which the person, because of a certain neglect on the part of his parents, behaves in an insecure and extremely suspicious way when relating to other people.

Ambivalent attachment, what is it?

Ambivalent attachment, also called anxious or resistant, is one of the four relational styles observed by Mary Ainsworth and John Bowlby in their research on interactions between babies and their caregivers.

These researchers observed that about 10% of children observed displayed distressing behaviors when their mothers left them and, when they did not leave the room, these babies remained in a state of alertness.

In the ambivalent attachment there is a strong insecurity and fear of being abandoned. Children behave in a very suspicious way in the presence of strangers, they cry and are upset if their parents are not there but, when they return, they are not comforted and even rejected.

The cause of this behavior is in how parents care for their children. In ambivalent attachment there is an intermittent caregiver-infant interaction, that is, the parent or caregiver is only emotionally aware of the baby half the time, or even rarely.

Sometimes the caregiver is calm and attentive to the child, giving the correct attention to your baby and recognizing his or her needs in a satisfactory manner. However, on other occasions the opposite happens, i.e. the caregiver is not available to the infant , making the child see the adult’s behaviour as unpredictable. Since the infant needs the care of the caregiver to survive, the caregiver will do everything possible to keep the adult on top of the infant.

Normally, in this type of situation, the baby does not receive an immediate response from his or her caregiver when trying to get attention. Thus, the infant learns that in order to be heeded, he must insist again and again, even to the point of exhaustion.

Over time, children grow up to become highly emotionally dependent adults. They need the attention of others to feel good, they are afraid to explore new things on their own, and they tend to exaggerate their needs.

What is attachment theory?

Before we go any deeper into the characteristics of ambivalent attachment, it is necessary to talk about attachment theory. Attachment is the bonding that occurs between an infant and a caregiver, either a parent or a legal guardian.

This bond is of great importance since the baby, who is still very dependent, needs the care of an adult in order to survive. This relationship can and should become very intimate throughout the person’s life .

Ainsworth discovered, from his research with mothers and their children, four types of attachment:

A good attachment involves a multitude of positive emotions and provides security and protection. The caregiver is a refuge for the infant, as well as a source of resources and knowledge. In addition, the caregiver is a secure base through which the infant can satisfy his or her curiosity about the outside world without fear.

In the interaction between baby and caregiver two types of behaviors can occur . On the one hand, the search for closeness to the caregiver, with the intention of calming their emotional discomfort or basic needs.

On the other hand, explore the outside world and develop emotionally and cognitively. The quality of the attachment will depend on how the caregiver sees these behaviors in your baby.

In ambivalent attachment, a series of characteristics can be observed in the infant or adult whose childhood was marked by this type of infant-caregiver interaction.

All babies need their parents to take care of them and protect them . However, in the case of infants who have developed ambivalent attachment, it happens that their parents have not been able to adequately cover the needs of the little one.

Based on this, children who have suffered this type of relationship with their parents develop the belief that others will not pay enough attention to them.

In addition, they believe that to be well, they constantly need the company and dedication of others.

Because of this, both in childhood and in adulthood, people who have developed this type of attachment base their self-esteem on how others treat them.

Because this self-esteem is low and they seek the dedication of others, these people may allow certain behaviors that involve both physical and verbal abuse, believing that they deserve nothing more.

Many times, people with this type of attachment hold others responsible for their own problems and negative emotions.

They also present a low degree of emotional control , showing themselves easily irascible and alterable.

In many cases, these people consider that the problem is not theirs, but that of others who do not know how to behave properly.

In all attachment styles there is a tendency to replicate the relationship that was with the parents, only this time with the children, partner or friends.

In the ambivalent attachment style there is an insecure caregiver-baby relationship, sometimes with enough time devoted to the infant and sometimes not at all.

Thus, people who have developed this type of attachment tend to have relationships in which they are emotionally available on an occasional basis.

Jealousy, emotional distress, distrust and insecurity are frequent . Also, in romantic relationships, there is a fear that the couple will end up abandoning him, always believing that they can find someone better than him.

4. Ambivalence towards other people

Ambivalent children acquire strategies to become the focus of their parents’ attention, especially fearing that they may be abandoned.

However, once they have made time for themselves, they become resentful and angry with their caregivers.

So this type of child cries disconsolately in the absence of their parents, but when the latter have returned and try to contact them, the little ones appear distant, trying to keep their distance but just enough not to feel abandoned.

This inconstant way of behaving will prevail throughout the person’s life , showing a behavior of ‘neither with nor without you’.

In order to prevent their loved ones from abandoning them, or believing that at some point they will stop paying enough attention to them, it is common for people who have developed ambivalent attachments to resort to emotional manipulation .

When they are children, they do everything they can to stay close to their caregivers when they see that they have to leave or that they are going to be away from them for some time, no matter how short.

As adults, people with this type of relationship style will do everything possible to make their partner spend as much time with them as possible, sometimes trying to isolate their partner from their group of friends and family.

There are also frequent comments that make the other person feel bad, making him or her feel that if he or she makes some kind of threat to get away from him or her momentarily, he or she should feel guilty.

On the other hand, people with ambivalent attachments will try to do everything possible to satisfy their partner, even forgetting their own needs. However, this will change when the other one shows the minimum attempt to get his own space, coming the time of reproaches and jealousy.

There are extreme and clearly abusive cases in which these people get into the life of their partner, such as looking at their mobile phone and seeing who they have spoken to, reading their letters, looking in their diaries, searching in their handbag…

Can this kind of attachment be treated?

Research that has addressed attachment styles has concluded that it is quite difficult to change how a person relates to others, given the great depth of the caregiver-baby bond, impacting on the whole life.

But this does not mean that, if the person does his part and seeks the right professional help, he cannot change the way he interacts with others.

Through psychological treatment it is possible to make the person achieve a more secure and emotionally stable relational style over time. Also, the person should be aware of what their real needs are and to what extent these may or may not be influenced by the actions of others.

In therapy the person with ambivalent attachment learns that he or she does not need to turn to other people to be well , that he or she can calm his or her anxiety by reflecting on how he or she is at the moment. They are also made to understand that just because a person is not physically with them does not mean that they will not come back, nor that they will leave them for someone ‘better’.

You will learn that you can be emotionally supported without having the person in the same room.

The adults with this attachment were children who did not explore the world around them, as they did not feel safe enough to do so. In therapy they learn that they should not be afraid and that they can satisfy their curiosity without having to have the safeguard or company of other people at all times.

With enough work, people who developed ambivalent attachment can progress personally , coming to develop what has been called secure acquired attachment, which is synonymous with healthy relationships, emotional well-being and a considerable increase in self-esteem.