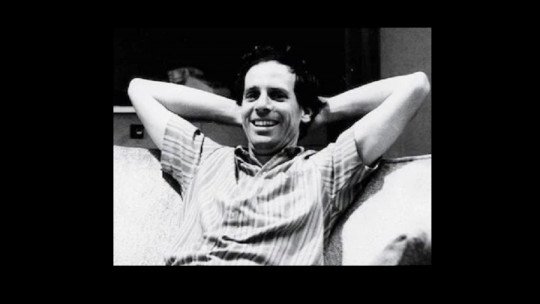 Amos Tversky (1937-1996) was a cognitive psychologist, with a strong background in mathematics, who contributed many of the fundamental skills in the cognitive sciences. Among other things, he studied cognitive biases and risk management, issues that were applied in an important way in other disciplines, such as economics or law.

In this article we will see a biography of Amos Tversky , as well as some of his contributions to the development of cognitive psychology.

Amos Tversky was born on March 16, 1937 in Haifa, Israel. He was the son of veterinarian Yosef Tversky, and of Genia, a woman who was a member of the Israeli parliament for almost twenty years. Both Yosef and Genia had migrated to Israel from Poland and Russia. In the 1960s he formed a couple with one of the most representative cognitive psychologies of our time, Barbara Tversky , with whom he also had two sons and a daughter.

From a young age, Tversky served in the Israeli army forces, first as part of the elite paratrooper unit, and later as a captain on duty during three wars.

In 1961, Amos Tversky received his undergraduate degree from Hebrew University, and later, in 1965, he earned a doctorate from the University of Michigan. At the same university, as well as in Tel Aviv, he worked as a professor and researcher in psychology and economics, and later he worked at the Advanced Center for Behavioral Science Studies at Stanford University , where he worked from the end of the 1970s until his death.

Among his main contributions is to have laid the foundations for the understanding of psychological phenomena that occur in the mercantile context. For example, consumers’ decisions and reactions to certain market strategies such as offers, discounts or the use of credit cards. Therefore, his contributions were relevant not only to cognitive psychology but also to economics .

For a long time, Amos Tversky worked alongside another Israeli psychologist and later Nobel Prize winner in economics, Daniel Kahneman. In the course of the 70’s and early 80’s, they developed theories about judgment in situations of uncertainty; decision making under situations of risk, and rational choice .

According to Tversky, when people make decisions, they are actively engaged in the exercise of rationally understanding and justifying what they have chosen (reason-based choice theory). In turn, choices are constructed in the same process of solving complex problems.

This means that the justification of a choice, and the preference for it, do not occur before the problem-solving process, but are generated while the process itself occurs, especially in view of the need to make compensations between values and goals for each decision .

Along with Kahneman, Tversky explained how “cognitive illusions” or biases in human judgment occur. The latter has important implications for further studies on reasoning in psychology, economics, business, philosophy and medicine.

From different studies, both psychologists suggest that people tend to make decisions without taking into account the probabilities, that is, by means of intuitive rules that often lead to systematic cognitive biases.

For example, the belief that the higher the price, the better the quality of a product. In fact, as part of his studies, Tversky observed that indeed people reported a greater taste for the product when their brand was highly priced ; compared to another product whose price was low. They called this bias the “price-quality perception bias”.

On the other hand, Tversky did important work on decision making under conditions of uncertainty, and observed that often the limited understanding of the laws of chance is mistakenly translated into the understanding of other processes marked by uncertainty.

From there, Tversky together with Kahneman, developed the Theory of Perspective, which had a very important pact in financial economics, since it deals with decision making in relation to variables such as time, uncertainty and alternatives.

For his contributions to cognitive psychology, Amos Tversky was awarded several prizes and recognitions. For example, in 1980 he was elected a member of the prestigious American Academy of Arts and Sciences , and later, in 1985, he was a research associate of the National Academy of Sciences.

In addition, he won the APA’s award for distinguished scientific contribution in 1982, and was recognized as an honorary doctor by the universities of Chicago, Tale, Gothenburg and the State University of New York at Buffalo.