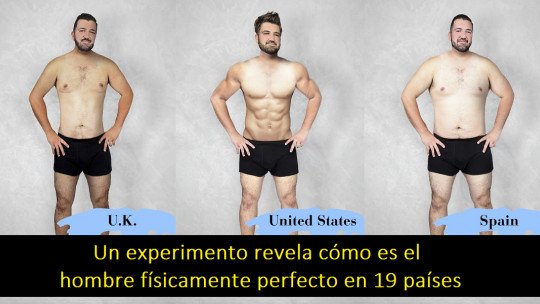 The result represented the perception of the “perfect woman”, a collection of retouched snapshots that allowed to visualize the difference between the tastes of different countries. The designers changed the shape of the body, the hair and even her facial features.

In view of the worldwide repercussions of the experiment, the portal Superdrug Online Doctor has carried out a new experiment called “Perceptions of Perfection Part II: What image of the ideal man is”. in which the same experiment is carried out, but this time with the male sex . To know what the perfect man looks like, the answer will depend on where we live. The canon of beauty will not be the same in Spain as in Egypt.

And although other factors such as health or self-confidence are also important in defining the perfect man, this experiment has only focused on the physical aspect. To carry out the experiment, they contacted different graphic designers, 11 women and 8 men, to manipulate the image of a photographer in New York (United States), and gave them the same instructions as in the case of the experiment to define the perfect woman in different countries.

We often talk about the problems of body image perception that affect women, and when we talk about pathologies such as anorexia or bulimia, we rarely take into account that men also suffer from their bodies. Certainly the disorder that is associated with men is vigorexia , but it is often overlooked.

In the West, men also suffer from the influence of the media regarding the canon of beauty, and, like women, the confidence around the body can be negative, since many strive to reach a level of physical attractiveness that is often impossible to achieve .This study shows the influence of culture and advertising on people’s perceptions.

The photographs of the experiment

Below you can see the original image and the retouched images of the experiment. 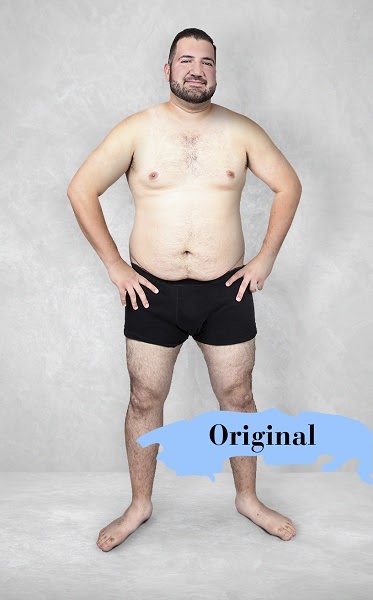 This is the original image of the experiment that was sent to all the graphic designers. The image was not manipulated in any way: you are looking at a real man, 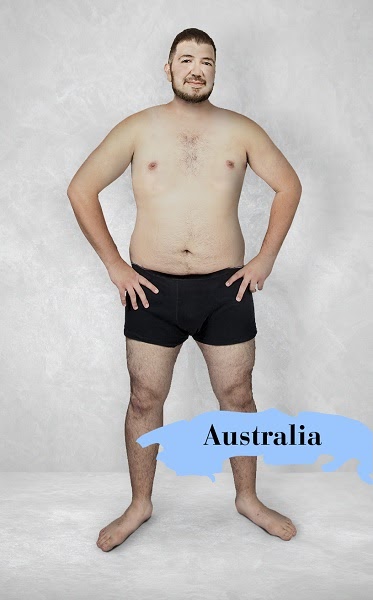 Physically, the Australian differs from the original because it has more youthful features. It also has a rounder face and a little more colour. 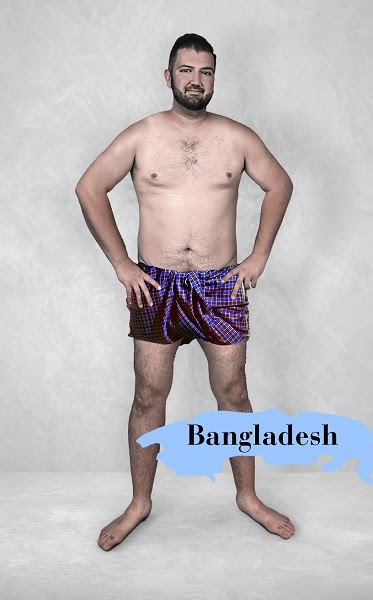 The boy from Bangladesh is a little thinner and has a darker skin tone. He’s wearing different underwear than the original. For some reason, the Bangladeshi designer considered that the change of swimsuit favored the model especially. 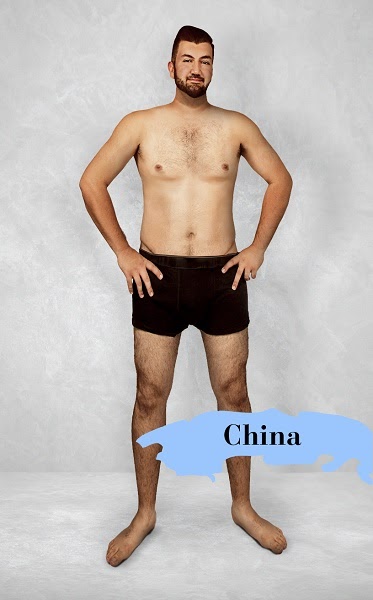 The Chinese are much thinner and their eyes have been adapted to be more slender, more typically oriental. In general, their features have been photoshopped to make them characteristic of that country. 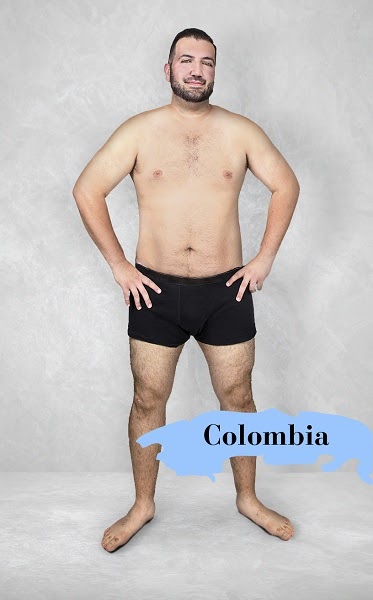 The one from Colombia is slightly thinner, with a more rectangular face. The skin tone is clear. 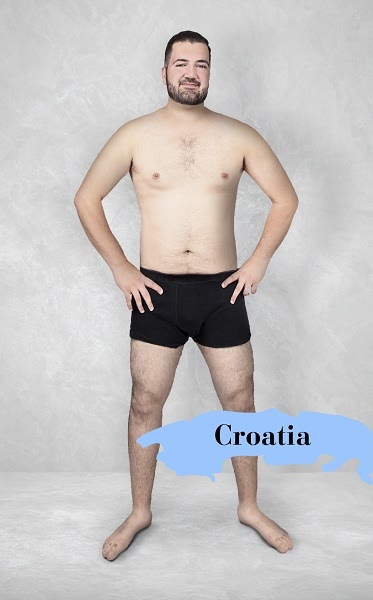 The Croatian one is also light-skinned, but it is thinner and stronger in the upper body. 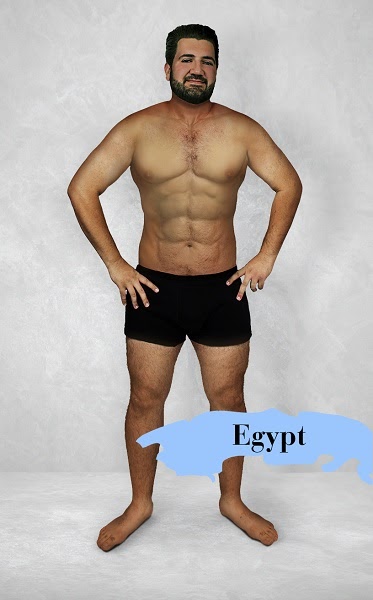 The Egyptian has a body of film, with very marked abdominals and pectorals. The skin is dark and has more hair than the original model. 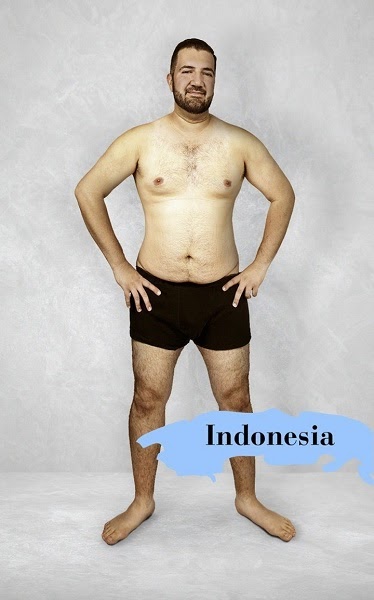 The Indonesian one also has a darker skin tone and is thinner than the original. 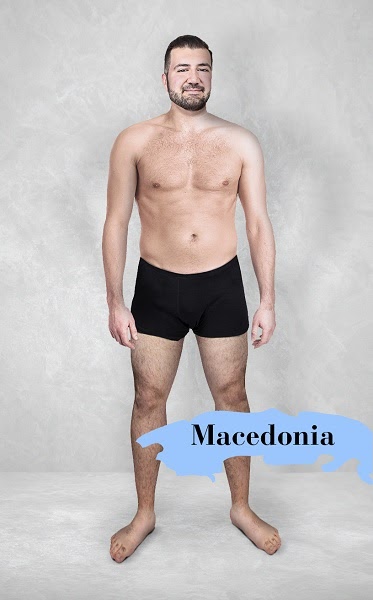 The Macedonian one is quite white in skin and very thin. Interestingly, the designer decided to change the position of his arms. 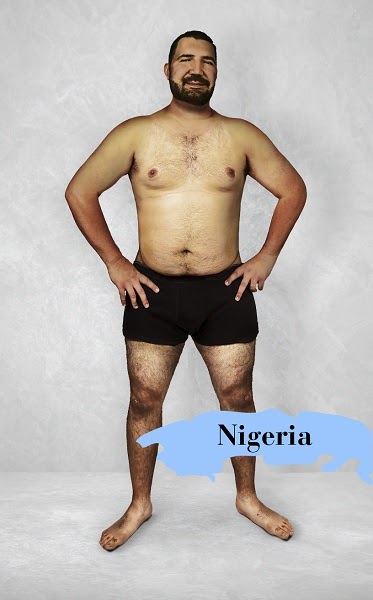 The Nigerian has a rockier physique and very dark skin. Its hairstyle has also been altered: in this case it is more rounded than the original. 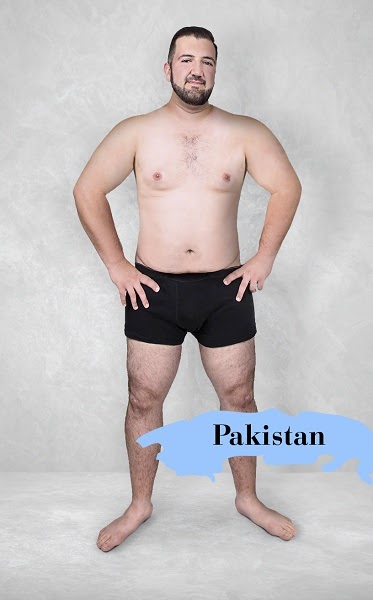 The one from Pakistan also has a strong physique with big arms and shoulders. But unlike the previous one, he has white skin. 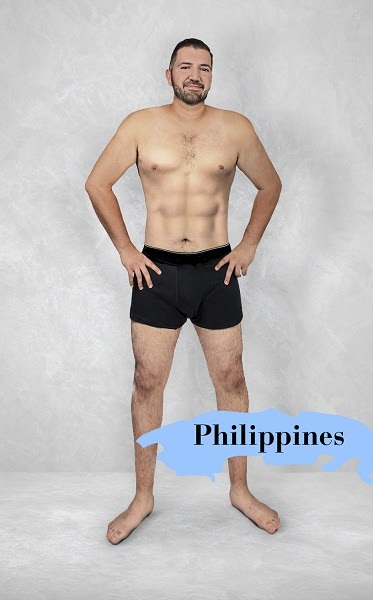 The one from the Philippines has very marked abs and a more rounded face. This time, the arms look a little unnatural. 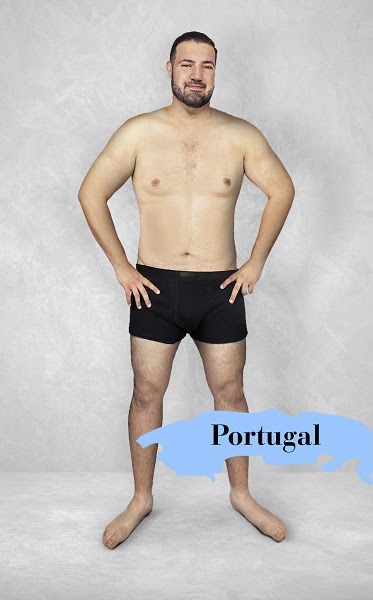 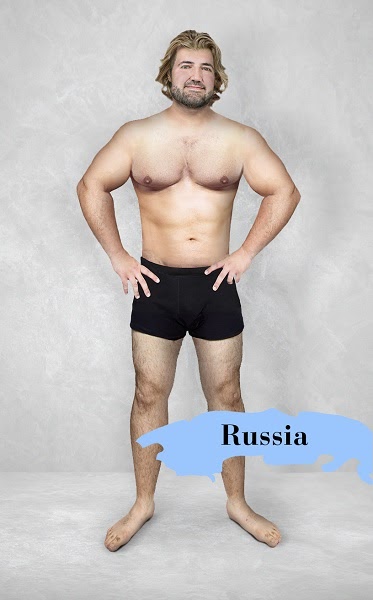 The Russian one has a strong body, with well worked arms, shoulders and chest. In addition, the designer has allowed himself to wear a blonde hair. 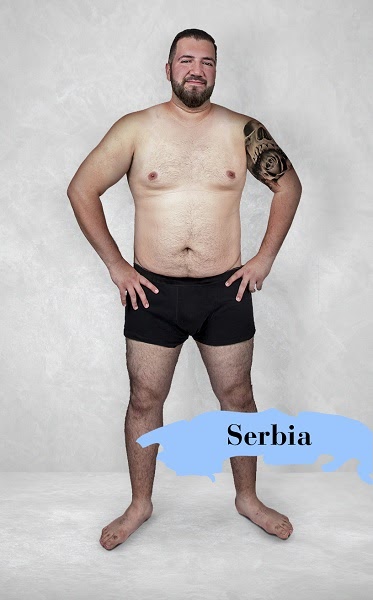 The Serbian has a robust look and has a tribal tattoo on his arm. 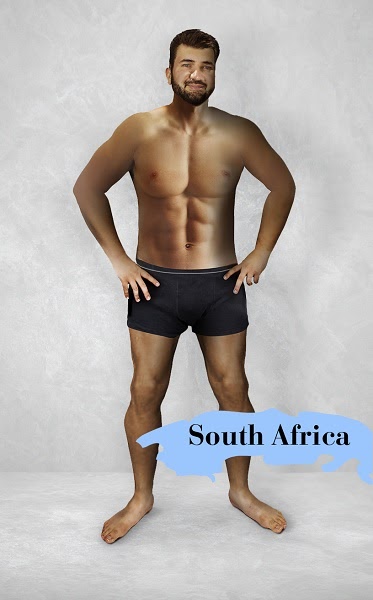 The South African has a more youthful look with a well worked abdominal area, as well as a dark skin tone. 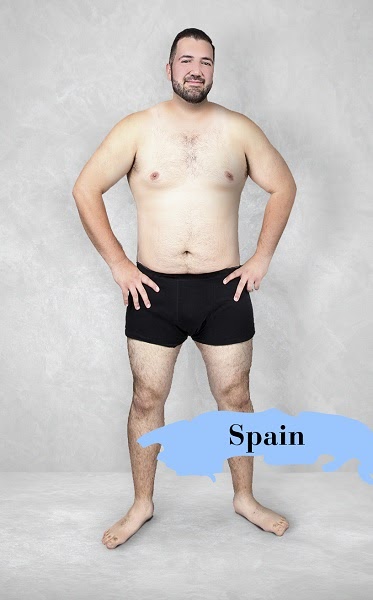 The Spanish is quite similar to the original, but a little more stylish. It doesn’t look like the designer broke his head when it came to transforming the image. 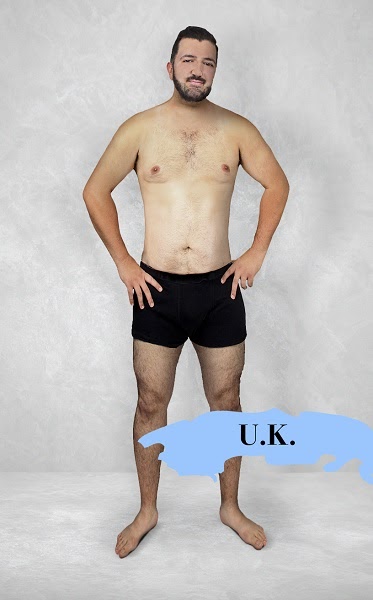 The British one is thinner than the original. It is striking that it has a slightly darker color than the Spanish one. 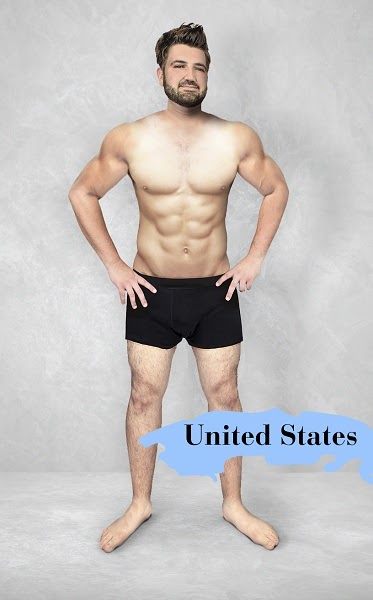 The American has a very athletic body and a very Californian aesthetic, toupee included.He looks like he just got out of a surfing movie. 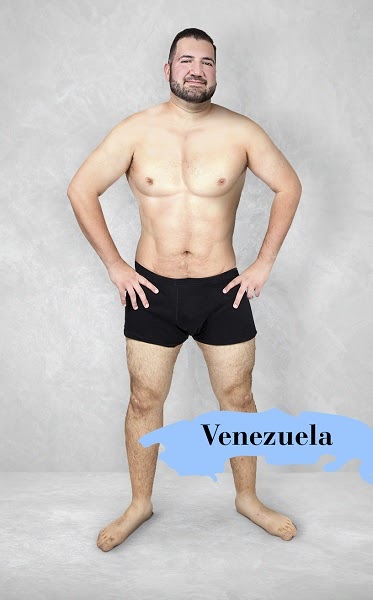 The designer from Venezuela has also opted for a strong physique, even with marked abs, and a light skin tone.

Possibly, this study is not entirely representative, because for each country there was only one graphic designer who shaped its transformation on the original model. This means that the representation of each nationality expresses the subjective vision of each designer, and therefore does not allow us to accurately distinguish which are the most coveted aesthetic attributes in each country .

However, the above results indicate some cultural preferences. For example, the athletic body of the United States or the slim physique of the Chinese model. In any case, it is a curious ‘experiment’ that may help us to rethink certain things.