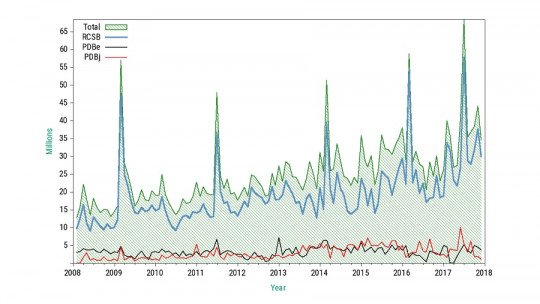 In statistics, when the means of two or more samples are compared in relation to some variable of interest (for example, anxiety after psychological treatment), tests are used to determine whether or not there are significant differences between the means.

One of them is the Analysis of Variance (ANOVA) . In this article we will know what this parametric test consists of and what assumptions must be fulfilled in order to use it.

Analysis of Variance (ANOVA): what is it?

In statistics, we find the concept of analysis of variance (ANOVA), which consists of a grouping of statistical models and their associated procedures, where the variance is partitioned into certain components , due to diverse explanatory variables. If we break down its acronym in English, ANOVA means: Analysis Of VAriance.

Analysis of Variance (ANOVA) is a type of parametric test . This means that a number of assumptions must be met in order to apply it, and that the level of the variable of interest must be at least quantitative (i.e. at least interval, e.g. IQ, where there is a relative 0).

Function of this parametric test

Thus, an analysis of variance (ANOVA) serves to determine whether different treatments (e.g., psychological treatments) show significant differences , or whether, on the contrary, it can be established that their mean populations do not differ (they are practically the same, or their difference is not significant).

That is, ANOVA is used to test hypotheses about differences in means (always more than two). The ANOVA involves an analysis or decomposition of the total variability; this, in turn, can be attributed mainly to two sources of variation:

There are two types of analysis of variance (ANOVA) :

In this case, there is more than one classification criterion (independent variable). As in the previous case, this can be inter-group and intra-group.

When analysis of variance (ANOVA) is applied in experimental studies, each group consists of a certain number of subjects, and the groups may differ in this number. When the number of subjects coincides, we speak of a balanced or equilibrated model .

In statistics, in order to apply the analysis of variance (ANOVA), a number of assumptions must be made:

This means that scores on the dependent variable (e.g. anxiety) should follow a normal distribution. This assumption is tested by means of so-called goodness-of-fit tests .

It implies that there is no autocorrelation between the scores, i.e. the existence of independence of the scores from each other. To ensure that this assumption is fulfilled, we should perform a MAS (simple random sampling) to select the sample we are going to study or work on.

This term means “equality of variances of subpopulations” . Variance is a statistic of variability and dispersion, and increases the greater the variability or dispersion of scores.

The assumption of homocedasticity is verified by the Levene Test or the Bartlett Test. If this is not the case, another alternative is to carry out a logarithmic transformation of the scores.

If this is not true, it would indicate that the different sources of error correlate with each other . A possible solution if that happens is to perform a MANOVA (Multivariate Analysis of Variance).

Assumes no interaction subject x treatment; failure to do so would increase the error variance.