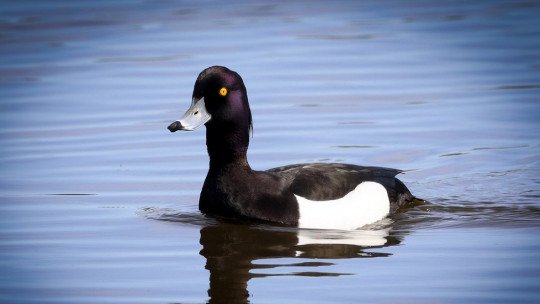 There are many stimuli and situations in the world that can generate fear in us. The fact of having it is in most cases adaptive, since it is an emotion that induces us to actively respond to a possible threat or to flee from it, allowing our survival and adaptation to the situations.

However, sometimes the panic reaction that can be experienced to a stimulus is excessive compared to the threat that the stimulus poses, or the stimulus in question does not pose any danger to the subject in question. This is what happens to subjects who suffer from phobias. Among them there are some that are more understood than others, which can sometimes be socially valued as rare or extravagant. In fact, fictitious phobias have been developed in order to generate a comic counterpoint to this type of pathology.

An example of the latter is anatyphobia: the fear of being watched by a duck . This concept gives us the opportunity to differentiate between probable and improbable phobias. Some of these anxiety disorders are so specific that they seem pure fiction.

The term anatidaeophobia refers to a specific fictitious phobia that has both animal-specific and situational characteristics. Specifically, we are talking about the fear of being observed by a duck.

As a specific phobia (of little lies), it involves the existence of panic and fear of a particular stimulus or type of stimulation, causing exposure to the stimulus or the idea that it will cause a very high level of anxiety. This anxiety can generate different physiological symptoms such as headache, hypertension, accelerated heart and respiratory rate, sweating, fainting or even anxiety attacks. Likewise, to avoid these sensations , the subject who suffers from it usually flees or engages in avoidance behaviour , or endures them with a very high level of discomfort.

In this case, anatidaeophobia, the term that identifies it was invented by a cartoonist .

The supposed affectation generated by anatyphobia can be variable. Most people have little contact with these birds, and it is not usual to find them, something that will apparently make it difficult for this fear to generate great difficulties, beyond the avoidance of parks, ponds and lakes. However, the fear in question would appear when observed by these birds, something that would include the possibility of being observed without realizing it. Therefore it would be possible for avoidance behaviours to appear even in less evident places , such as the street (it is a bird with the ability to fly after all). In addition, it can generate relational problems, derived from the possible ridicule of its fear.

Now… what is it, specifically, that makes this phobia a joke unlike other real ones that are so specific they seem absurd? The key is in its possible causes.

The causes of the existence of different phobias have been the subject of scientific discussion throughout history, with different theoretical perspectives and models being developed.

Among them would be, in the case of animal and situational phobias, Seligman’s theory of preparation . This author considered that a possible explanation of the phobias would be linked to heredity, because our ancestors would have learned and transmitted the propensity to react with fear to stimuli that threatened their survival, as is the case with spiders and scorpions and even some species of bird.

In this sense, if we use our imagination, the phobia that concerns us could have an evolutionary sense: ducks are flying animals that could be compared to birds of prey, which are capable of stalking us from above. However, the reality is that it makes little sense to develop an innate psychological mechanism of this kind . First, because birds of prey do not hunt and have not hunted humans (with the possible exception of the already extinct Haast’s eagle). Second, because even if there were birds that posed a danger, it would have to be very important for them to compensate by always being alert in case a bird is watching us. And thirdly, because it does not make sense to develop this fear only in the case of ducks, and not in the case of other carnivorous birds.

Another of the great perspectives taken into account when acquiring a phobia is learning and internalizing the fear of a specific stimulus. This is possible, for example, when living or visualizing an aversive experience, especially if it occurs during childhood. In anatidae phobia, it could happen that in childhood we are attacked by a duck at some point , after having been observed, and that we associate its observation with the pain or fear felt during the attack. Another option can be found in people who have been humiliated or have performed or suffered some act that embarrasses them, in the presence of these animals. But this is unlikely enough to make it absurd to create such a diagnostic label.

What treatments are used for phobias?

As with other phobias, the most indicated therapy in the case of anatidaeophobia, if it exists, would be exposure therapy or systematic desensitization . This therapy is based on gradual exposure to the feared stimulus through the monitoring of a hierarchy drawn up between professional and client, in such a way that the subject is gradually exposed to situations that generate anxiety (starting with those that generate average anxiety and progressing little by little).

In this case, for example, items such as approaching a park, going to a farm, watching a duck at different distances and with supervision, then without supervision, and then adding more birds could be included. However this is an example, depending on the hierarchy in question of the stimuli provided by the patient or elaborated together with the professional.

Also cognitive restructuring is helpful to modify dysfunctional beliefs about these birds or what it might mean to be observed by them. Likewise, expressive techniques could be useful to help those affected to free themselves and express their discomfort. Finally, relaxation techniques are highly recommended to lower the level of activation, and in extreme cases, pharmacological treatment may also be used.