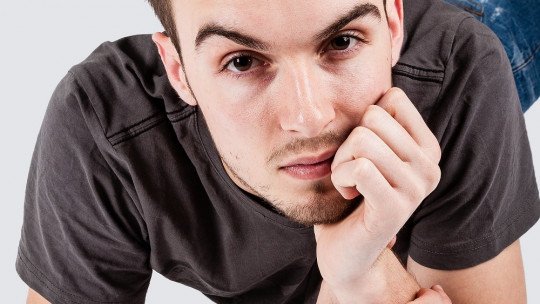 To what extent are we fully free, impartial and safe from any influence when making a decision? Even if we are not aware of it, there are countless factors that have a great influence on us in the decision-making process.

An example of this is the anchoring effect , according to which something as simple as the way or order in which certain information is presented to us can determine the way in which we will interpret the rest and, consequently, our subsequent decisions.

What is the anchorage effect?

The anchor effect, also known as the “focus effect”, is a psychological phenomenon categorized within the group of cognitive biases . This effect describes the tendency of people to stay more with the first information offered to them, which influences later decision making.

In other words, when a person is faced with a source of information, of whatever nature, the data presented at the beginning remain “anchored” in the person’s memory with much more force than the later ones.

Therefore, during a decision-making process, the anchoring effect occurs whenever people unconsciously use the information perceived at the beginning when forming an opinion, making a judgment or taking a decision. At the moment the anchor is formed, the rest of the opinions are formed around this information, hence it is considered a cognitive bias.

This tendency to determine information as a starting point, from which we will develop our opinions and decisions, can be seen in practically all areas of our lives, so just as it can play against us we can use it to our advantage.

An example is when discussing or haggling over the price of a house, a car or any object for which we should pay or receive value. The amount that is set initially will be our reference point when comparing or making proposals. Knowing this, if the initial price is very high it is very likely that, even if we lower the price, the final cost set will still be higher than we were probably willing to pay, but lower than before.

What is the explanation for this?

Although there are many theories that attempt to explain this phenomenon, there is no consensus as to which one offers more precise clarification. Most researchers and theorists refer to the anchorage effect as a phenomenon that is easy to demonstrate, but difficult to describe. However, there are three different explanations that can give us a clue about the causes of this effect.

This hypothesis has been widely criticized since for this, the anchorage effect should be conscious; when the person is not actually aware of it .

An alternative explanation is that derived from the so-called “confirmatory hypothesis test”. According to the theory of selective accessibility, when information is presented with which to carry out the anchorage, the person carries out an evaluation in which he or she thinks about whether it is an adequate response, and if it is not, he or she will make a series of subsequent judgements, but all of them will always be in relation to the information used as an “anchor”.

The last of the explanations provided by cognitive science is that which explains the anchoring with respect to attitude change. According to this theory, when “anchor” information is given, a change or alteration of the person’s attitude takes place with the aim of making the person more favourable to the specific characteristics of this information, which predisposes future responses to be similar to the anchor .

What are the factors involved?

There are a series of factors or conditions that can modulate, to a certain extent, the form and intensity with which the anchoring process takes place. These include mood, experience, personality and cognitive skills .

Some research has revealed that our mood influences whether or not we let ourselves be carried away by the anchoring effect. In particular, people with sad or depressed moods tend to make more thorough and accurate assessments of the information, so there is less chance of an anchoring effect.

However, other studies reveal very different dynamics whereby depressed people tend to be more passive in their decision making and can therefore be more easily influenced.

Other studies point to the idea that people with high knowledge and experience in the particular field to which the “anchor” information refers are much less susceptible to the effects of this phenomenon. However, the theorists themselves say that nor the experts are completely free from this effect .

According to some research correlating the degree of susceptibility to the anchorage effect with some of the features of the Big Five, people with a high degree of kindness and awareness are more likely to be affected by anchorage, while subjects with high extroversion are much less likely.

Although the impact of cognitive ability on the anchorage effect is controversial, recent studies revealed that this phenomenon decreases with people who have more cognitive abilities ; but that they were not free of it anyway.