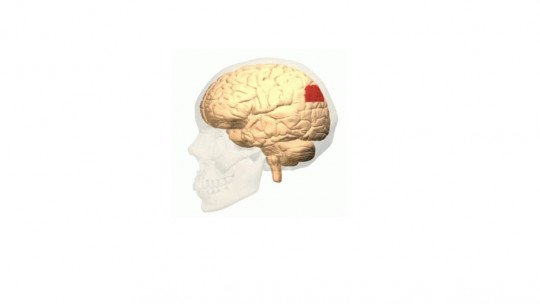 A person’s ability to understand what he or she hears or reads is so automatic that we rarely stop to think about which structures in the brain make this possible.

These, among many other functions are characteristic of the angular rotation of the brain . Throughout this article we will talk about what it is, where it is located, what its functions are and what happens when it doesn’t work properly.

What is angular rotation?

Brain spins refer to those mounds formed in the brain, caused by the folds of the cerebral cortex . One of them is the angular gyrus, this gyrus is located in the posterior zone of one of the cerebral circumvolutions; specifically in the one located between the intraparietal furrow and the horizontal branch of Silvio’s fissure.

In addition, the angular rotation corresponds to Brodmann area 39 , which together with area 22 and 40, form the Wernicke area. This region of the temporal lobe is the so-called associative auditory cortex and its main function is to enable people to understand words and have the ability to produce meaningful speech.

What are its functions?

As mentioned above, the angular rotation deals with aspects related to language production, with calculation and mathematical skills, with visuospatial ability and with some cognitive aspects.

Below, we break down all those functions that angular rotation performs in the brain these functions presented below.

Given its involvement in the functions of the Wernicke area, the angular rotation has a fundamental role in the production of sentences and phrases with meaning .

It is also one of the areas in charge of oral and written comprehension. That is to say, thanks to it, people can understand what they read.

As for the functions related to calculation and mathematics, the angular rotation intervenes in the person’s ability to perform the mathematical operations necessary to obtain a result, a value or to solve any type of mathematical problem.

On the other hand, he is also involved in learning arithmetic or basic mathematical operations and in interpreting numerical quantities and dimensions.

The angular rotation intervenes in the spatial focus of attention, that is, in the orientation and spatial search for visual stimuli.

Finally, there are many functions in which angular rotation plays a more or less significant role.

The Theory of Mind is a term that refers to a person’s ability to perceive and identify the thoughts and purposes of others and assign them to the potential sender.

What if you get injured: Gerstmann’s syndrome

If, due to an injury or a neurodegenerative process, the angular gyrus is damaged in any way, the above functions may be seriously affected.

There is also a specific syndrome associated with an injury or deterioration of this area known as Gerstmann’s syndrome.

This neurological disorder has been associated with an impairment or defective activity of angular gyrus . It is characterized by having very little incidence in the population and by manifesting itself through a set of symptoms related to the sensation, perception and coding of information coming from the different senses.

Among the most representative symptoms of this condition are the following.

This is one of the main symptoms of Gerstmann’s syndrome. This type of agnosia is distinguished by the fact that it makes it impossible for a person to distinguish or identify his or her own fingers or those of others.

This agnosia is not associated with any type of fragility or lack of tactile perception of the fingers. The person is simply unable to name, choose, identify or orient the fingers themselves.

Achalculia is the appearance of difficulties related to mathematical and arithmetic skills. Within this symptom, the person may manifest different types of deficits:

As far as written language is concerned, people with Gerstmann syndrome suffer from a deficit in writing ability and capacity. Also known as agraphia.

Other symptoms of agraphia include

Patients with angular gyrus lesions may also have problems distinguishing left and right . So there seems to be a deficit in the lateral orientation of the body itself in space.

In addition, these patients present great problems in identifying the left or right plane of any object, place, spatial situation or even the parts of the body itself.