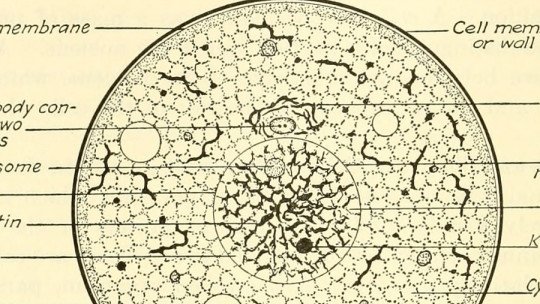 The animal cell is the minimum unit of functionality that composes the living beings belonging to the category of animals, the Animalia kingdom.

Specifically, it is a type of eukaryotic cell that, combining with each other and sometimes collaborating with other forms of life (for example, bacteria that make up the intestinal flora) form functional tissues and organs, which allow the existence and survival of an animal.

In this article we will see what the characteristics of the animal cell are, as well as its main functions and specializations in forming the organism in which they live.

Characteristics of this biological unit

All animal cells belong to the taxon of eukaryotic cells. Eukaryotic cells are characterized by containing all their genetic material in a structure known as the cell nucleus, and also contain different organelles separated from the rest by a membrane that covers them, unlike prokaryotic cells, which are smaller and do not have the above characteristics (for example, their DNA is dispersed by the cytoplasm that fills its interior).

In addition, the animal cell is distinguished from other eukaryotes by the fact that it organizes with others to form multicellular organisms that belong to the animal kingdom.

In turn, animals are living beings of both microscopic and macroscopic size that are characterized by, among other things, their ability to move and by having nerve cells, among other things. The Animalia kingdom is one of the 5 kingdoms that we find in the group of eukaryotes.

Parts of the animal cell

These are the main parts and structures that make up animal cells.

The nucleus is possibly the most important part of the animal cell, because it not only contains an “instruction manual” on which molecules to synthesize in order to build and regenerate certain parts of the cell, but it is also a strategic plan for the operation and maintenance of the organism of which the cell is a part.

In other words, the nucleus contains all the information regarding what should be done inside the cell and also outside it. This is because inside this structure, which consists of a membrane that covers it, the genetic material is protected, i.e. the DNA contained in the form of a helix and folded into different chromosomes .

In this way, the nucleus acts as a filter for what enters and leaves the area where the DNA or deoxyribonucleic acid is stored, so that it is not dispersed and lost, and trying to minimize that certain molecules come into contact with the chromosomes and destabilize or alter the genetic information contained in them.

However, as we will see, in animal cells there is still another cell structure that contains genetic material and that is not inside the nucleus .

The cell membrane is the outermost layer of the cell, so it covers almost the entire cell and protects all its parts equally. It is formed by a set of lipids in which some proteins with specialized functions are interspersed and/or embedded in these layers.

However, the cell membrane of animal cells, like those of any other eukaryotic living being, are not totally impermeable, but have certain entry and exit points (in the form of pores) that allow the exchange of substances with the outside.

This increases the risk of harmful elements entering the cell, but at the same time it is necessary to maintain homeostasis, the physical-chemical balance between the cell and its environment .

Cytoplasm is the substance that fills the space between the nucleus and the cell membrane . In other words, it is the substance that acts as a physical support for all the internal components of the cell. Among other things, it contributes to the fact that within the cell there are always available substances necessary for the animal cell to develop, or regenerate, or communicate with others.

The cytoskeleton is u n set of more or less rigid filaments that aim to shape the cell and keep its parts more or less always in the same place.

In addition, allow certain molecules to travel through their internal channels , as tubes (in fact, some components of the cytoskeleton are called “microtubules”).

Mitochondria are one of the most interesting parts of the animal cell, because they contain their own DNA, different from that of the nucleus. This structure is believed to be actually the remnant of a bond between a cell and a bacterium (the mitochondrion being the bacterium inserted into the cell, fused in a symbiotic relationship).

When reproduction takes place, copies of the mitochondrial DNA are also made to be passed on to the offspring.

The main function of mitochondria is the production of ATP , a molecule from which animal cells extract energy, so mitochondria are very important for metabolic processes.

Golgi’s apparatus is mainly responsible for creating molecules from raw material that comes to it from other parts of the animal cell . Thus, it intervenes in very diverse processes, and all of them have to do with the repair and production of new materials.

Like the Golgi apparatus, the endoplasmic reticulum is also characterized by synthesizing materials, but in this case it does so on a smaller scale. In particular, is especially involved in the creation of lipids with which to maintain the cell membrane .

Lysosomes are involved in the degradation of cellular components to recycle their parts and put them to better use. They are microscopic bodies that release enzymes with the ability to “dissolve” elements of the animal cell.

We can establish a classification of animal cells according to their functions and type of biological tissues and organs that they usually constitute when they are grouped together. Let’s see what these basic categories are. However, not all of them are present in all forms of animal life.

This type of animal cell forms surface and support structures for other tissues. They form the skin, glands, and certain specialized tissues that cover parts of organs.

These cells aim to create an interconnected structure that, beyond the skin, keeps all internal parts in place . For example, the bone cells, which are included in this category, form the bones, rigid structures that keep the rest of the elements in place.

This type of animal cell allows all the nutrients, vitamins and molecules necessary for life to travel through the circulatory system, on the one hand, and prevents harmful external agents from spreading through the body, on the other. Thus, their activity is linked to movement.

This is one of the most characteristic types of cells in the activity of animals, since these living beings are characterized by their ability to move and process many types of information corresponding to this constant change of environment.
This category includes neurons and glial cells, thanks to which nerve impulses travel through the body.

The muscle cells form fibres with the ability to contract and relax depending on the commands coming through the nervous system.