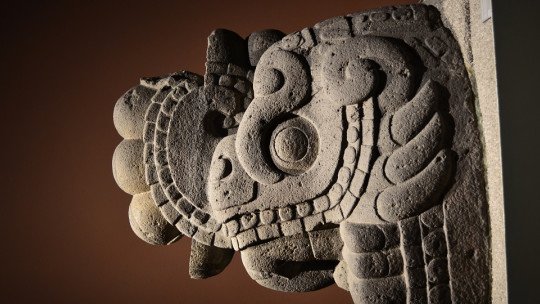 Anthropology is a discipline that has evolved in an important way for more than three centuries and has contributed very important knowledge for the understanding of what constitutes us as human beings in relation to our social and cultural environment.

Below we explain what anthropology is and give a brief overview of its history, development and background.

Anthropology is the discipline that studies the behavior of human beings in relation to the specific culture in which they develop. The latter includes studying both the physical aspects of human beings and the language and sociocultural norms where the interaction occurs.

Originally, anthropology was a science of history and was closely related to a social philosophy. However, and in response to social transformations, it is now a discipline that has its own field of study and is very important for our societies.

The Enlightenment and Other Background

The stage we know as the Enlightenment appeared in Europe during the second half of the 17th century and ended with the beginning of the French Revolution a century later. Among many other things, this was the period in which the modern scientific method originated, both in the natural sciences and in the social sciences.

Specifically, it was the social philosophers of the 17th century who wondered about the possibility of a kind of “law” dominating the course of history and societies, as they had proposed for physics and biology.

It was from this point onwards that the concept of “culture” began to be discussed (although formally this took place until the 19th century). From this concept, human behavior could be thought of beyond the biological aspects, and with this, a specific field of study was gradually formed.

In this process, which lasted many years and even centuries, Darwin’s theory of evolution, Freud’s psychoanalysis, Saussure’s semiotics, Nietzsche’s philosophy and Husserl’s phenomenology also gained ground; all of this within the framework of a universal, Western and Eurocentric vision of the world, which later translated into the intention of understanding and comparing the societies that were beyond .

In other words, anthropology arises from the advancement of many ambitious theories about the knowledge of human beings in relation to social change, historical resources and research methods that were based on live observations.

Entering the 20th century, the discussion focused on considering that anthropology could not be speculative, but that the techniques and methods of data collection had to be reviewed and, in general, the methodology had to be revised.

In this way, anthropology concentrated increasingly on studying not the repetitive events but the unique events of history, although always under the tension between the generalization inherited from positivist scientific methods and the ideographic perspective (the understanding of particular phenomena).

Early Anthropologists and Their Theories

According to Thomas Hylland (2013) there are four founding fathers of anthropology . Each of them is part of a specific and different tradition of the same discipline (American, French, German, British). These four founders are Franz Boas, Bronislaw Malinowski, Alfred Reginald Radcliffe-Brown, Marcel Mauss.

While their traditions have been fundamental to the development of contemporary anthropology, we will briefly review some of the ideas they developed.

Franz Boas was an American of German Jewish origin, considered the father of American anthropology. He was one of the first to question the concept of “race” and the postulates of the scientific method. He is also one of the pioneers in studies on the phenomenon of migration.

Boas paid attention to cultural as well as geographical differences. He questioned talk of “higher cultures” and “lower cultures” and focused more on describing general laws than individual ones.

Malinowski is recognized to this day as the father of social anthropology, because he pioneered the development of “fieldwork” ; which is the key moment of data collection during research.

He is also one of the founders of functionalism (a school of anthropology that analyzes social institutions and their relationship to the satisfaction of needs). His tradition is British anthropology and he took up many of the postulates of Freudian psychoanalysis to develop his theories and oppose reductionist scientific methods.

Together with Malinowski, Radcliffe-Brown is one of the founders of the British tradition of anthropology. He developed a large part of structuralist functionalism , taking up the proposals of Emile Durkheim , which provided many of the bases for the theoretical development of anthropology (while Malinowski contributed more to the methodology).

Like these early currents of anthropology, Radcliffe-Brown studied “primitive” societies and how tribes and non-Western societies organized themselves.

Marcel Mauss belongs to the French tradition of anthropology. He was also a sociologist, and collaborated extensively with Durkheim. His works are fundamentally theoretical (not so practical), and among other important concepts he developed that of “total social fact”, which explains how the set of dimensions that make up social life (institutions, politics, family, religion, etc.) give rise to a concrete reality.

Finally, another of his important concepts has been that of “body techniques”, through which he analyzed how attitudes, postures, forms, gestures, and all body habits are constructed between different cultures.