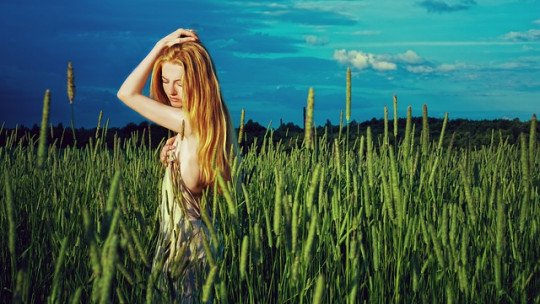 In other articles in Psychology and Mind we have talked about how people are attracted to and captivate us. They are usually individuals who exude a certain magic and make us want to spend a lot of time with them. This emotional connection they awaken becomes almost irresistible, and the moments with them are moments that can become unforgettable.

But not everyone is attractive, and although we can all maximize our attractiveness and increase our chances of releasing that magnetism, there are people who carry out bad habits that reduce their chances of success .

As for attraction, not everything is physical

The needs of the person being seduced, and possibly the special personality of the seducer, can be reasons for one person to be attracted to another. Who is able to stop those individuals from going all out and having great self-confidence? Obviously, not everyone will like them, but probably most will.

Gestures and attitudes of people who do not seduce

Of course, there are also people on the other end. People who, as far as attraction is concerned, do everything or almost everything wrong . And what habits or gestures do these people have? Well, they are usually people who:

1. Do not believe in themselves

One of the reasons why someone is anti-attractive is: “they don’t feel like an attractive person”. It’s as simple as that! People who don’t believe in themselves are almost impossible to get others to believe that they are attractive .

These individuals are often characterized by such low self-confidence that they are limited in their ability to feel comfortable with other people and to show their true personality. They do not know what your strengths are and may appear to be someone they are not.

To seduce, the first thing you must be clear about is that you must believe in yourself, otherwise it is easy for everything to go wrong.

While people who feel attractive usually take the first step, anti-attractive individuals do the opposite. They have a great fear of being rejected , which makes it impossible for them to take action. You will rarely be an attractive person if you don’t take rejection as normal and take the heat out of it. In order to be rejected, you must have tried.

They find it difficult to start a conversation because they are usually shy and, as I said in the previous point, they feel great shame and fear of rejection . On the contrary, attractive people tend to be open and have great communication skills. When you come across someone who is unattractive, it is very likely that he is so aware of you that he does not remember himself . It’s those people who keep an eye on you all day, and may call you several times a day, which in the long run causes you to get fed up.

Attractive people, otherwise, are so aware of their things that they end up creating certain expectations, and that makes you the one who wants to know about it.

5. They think in negative

Being people with little self-confidence and with a great deal of shyness they tend to think negatively . Think of an optimistic person. I’m sure you would love to spend the whole day by his side, wouldn’t you? Because in addition to seeing problems as opportunities, they are there to encourage you in bad times. Anti-attack people do the opposite. They spread their bad vibes.

6. Do not have an active social life

Have you noticed that attractive people love contact with others? They are often considered popular people because they connect easily with other individuals. As well as having great social skills, they often have interests and hobbies that allow them to surround themselves with other people so they usually have an active social life. On the contrary, people who are not particularly attractive do not usually show this behaviour and are usually reserved.

7. They are not funny or amusing

A sense of humour is often one of the most valued qualities in interpersonal relationships Who doesn’t want to have fun and laugh all day long with friends or partners? Anti-attractive people do not usually have fun in company and rarely show their sense of humor, if at all.