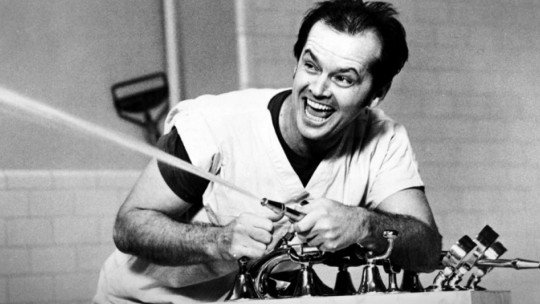 Many psychiatric treatments for mental disorders became popular during the 20th century, including some that were highly questionable in a practical and ethical sense. The extreme medicalization of problems such as schizophrenia has had and continues to have, in a large number of cases, coercive components that are often criticized.

In this article we will discuss the history and main approaches of the antipsychiatric movement , which emerged in the 1960s to defend the individual rights of people with mental problems and to draw attention to the methods and unequal power relations present in doctor-patient interaction.

History of the anti-psychiatric movement

One of the most significant antecedents of the antipsychiatric movement is the moral treatment, promoted by Philippe Pinel and Jean Esquirol in the 18th century. The ideas of these authors must be framed in a context where large numbers of people with mental problems were crowded into asylums and treated in an inhumane manner.

Although moral treatment had some influence on the development of therapies for severe mental disorders, it also proposed restrictive and punitive methods. Nevertheless, this precursor and later ones are illustrative to understand that, since the beginning of psychiatry, it has been criticized for similar methodological and ethical reasons.

On the other hand, already in the 19th century it had become evident that the number of patients per psychiatrist in mental health institutions was very excessive; this is why the role of physicians often became more administrative than therapeutic. Although the general conditions have improved, this description is not unusual today either.

During the 20th century the perception of psychiatry as a discipline that dehumanizes people with mental problems continued to grow . The emergence of the diagnostic classifications DSM and ICD contributed to the labelling of those who attended treatment, putting the disorder -a social construct after all- ahead of the person.

Emergence of this phenomenon

Between the 1930s and 1950s, very aggressive medical procedures such as electroshock (which at the time caused serious side effects) and lobotomy, which involves cutting the frontal lobe connections, became popular in the United States.

In addition, in the 1950s chlorpromazine appeared, the first widely used antipsychotic. Despite the severe adverse reactions associated with its use, this and other moderately effective and not very safe drugs continued to be developed and widely used. We refer to the so-called “golden age of psychotropic drugs”.

In 1967 psychiatrist David Cooper coined the term “anti-psychiatry” to give a name to the movement of which he was a member, and which was by now international in scope, whereas previously it had been quite specific to the Anglo-Saxon world. Many professionals were now joining the movement, which was influenced in a key way by Marxism.

In the following decades, the brief antipsychiatric unit was diluted, although similar demands emerged strongly around the rights of homosexual and transgender people , pathologized by diagnostic classifications. The same can be said of other groups, such as people with functional diversity and severe mental disorders.

The classic approaches of the antipsychiatric movement were defined in the 1960s by mental health professionals such as David Cooper, R. D. Laing, Theodore Lidz, Ernest Becker, Silvano Arieti, Thomas Scheff and Erving Goffman. The contributions of these authors do not always coincide; a particularly controversial case is that of Thomas Szasz.

In general, the antipsychiatric movement advocates political action as a method to change the vision of the population, and especially of institutional leaders, regarding “mental disorders”, which for those who adhere to this orientation constitute tools of control of citizens, since they stigmatize and pathologize them.

As within any movement, there are notable theoretical differences between antipsychiatric advocates, which has significantly hindered their consolidation. In any case, there is a general agreement on the excessive medicalization of psychological problems and the potential dangers of diagnostic labels.

Among other arguments, classical antipsychiatric theorists argued that the behaviors and problems that were conceived as disorders were the result of certain social values, and not the presence of pathological characteristics in themselves. Thus, the disorder can only be designated as such in relation to the socio-cultural context .

Another traditional target of the anti-psychiatric movement was psychoanalysis, which was accused of often causing iatrogenic effects (i.e. harming the mental health of clients rather than improving it). The same can be said of many other therapies, particularly those whose effectiveness has not been proven.

The anti-psychiatric movement is as strong today as it was 50 years ago, despite – or precisely because of – the clear predominance of medical interventions in the area of mental health. Opposition is strong in many patients and families, as well as in clinical psychology, which is burdened by systematic professional intrusion by psychiatry.

One of the fields in which criticism is most intense is that of the medicalization of certain child behaviors , among which the pattern of behavior known as Attention Deficit Hyperactivity Disorder, characterized by overdiagnosis and long-term use of insufficiently studied stimulant drugs, stands out.

On the other hand, it is very worrying the growing power of the big pharmaceutical corporations and their close links with the political class, with the media and even with many members of the scientific community. All of this generates understandable prejudices about the reliability of drugs and the studies that support them.

As for severe mental disorders, such as schizophrenia and bipolar disorder , pharmacological and psychological treatment has improved in recent years but many psychiatric institutions still use unrecommended procedures. Stigmatization of these and other disorders will continue to contribute to less than ideal management.