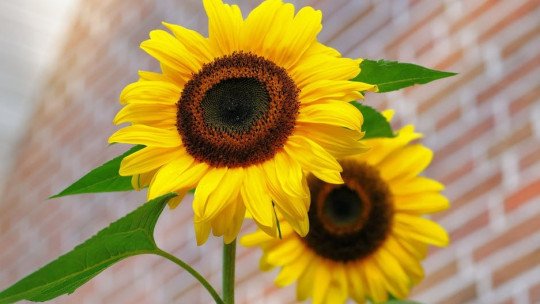 Human beings can feel fear for a variety of objects or situations, a reaction that can be normal as long as this fear is objective and realistic. However, there are times when a person can feel a great fear of apparently harmless things, such as the case of anthophobia, the irrational fear of flowers .

In this article we will go into the most characteristic aspects of this disorder and review its causes, symptoms and consequences.

Perhaps anthophobia is not one of the best known phobias, but it is one of the most curious. This pathology is an intense and irrational fear of flowers, which are stimuli that represent little or no real danger . This, on the other hand, is something that occurs with all phobias: even if the person does not know how to explain why, he or she develops an irrational fear of elements that are in principle harmless. The cause of this has to do with the functioning of emotional memory, as we shall see.

With the exception of those individuals who may suffer from allergies, most people should not fear the reproductive systems of most plants; however, some subjects fear flowers, and this disorder can be truly incapacitating for them.

Phobias belong to the group of anxiety disorders and, therefore, one of the most characteristic symptoms experienced by subjects with this condition is anxiety and distress (in addition to fear). Phobics tend to avoid the feared stimulus in an attempt to reduce the discomfort. Luckily, and despite the great suffering that this phobia can cause, the phobia has a cure.

People who develop a phobia were not born with this disorder , but learned it. In most cases, this occurs implicitly after a traumatic experience that causes intense negative emotions. Phobias are learned by classic conditioning.

Classical conditioning is a type of learning that occurs by the association of a stimulus that is originally neutral with another that provokes a fear response. A person may have had a negative experience when running through a garden full of flowers, and the impact of this situation causes that the next times he meets a flower he develops a great anxiety and a disproportionate fear towards the apparently harmless situation.

They are also learned by observation

But experiencing a traumatic situation is not only the only cause of the appearance of phobia, but phobias can also appear as a result of vicarious conditioning. For example, watching a scary movie in which roses appear in bloody scenes of the movie. In this way, an association is created in our mind between a stimulus that in principle did not have a very significant emotional charge (flowers) and another that produces aversion, so that perceiving the former makes us feel bad because of that “emotional memory” .

Phobias do not respond to logical arguments, largely because the emotion of fear has to do with the primitive brain. In this sense, some experts claim that phobias are produced by primary associations and have a survival function, not by cognitive associations.

Symptoms of fear of flowers

The symptoms of phobias appear when imagining or coming into contact with the stimulus, in this case, the flowers. Anxiety and avoidance of the stimulus are some of the most characteristic symptoms; however, the phobic experiences cognitive, behavioural and physical symptoms .

The most characteristic cognitive symptoms are irrational fear, distress, catastrophic thoughts, lack of concentration or confusion. It is also common for intrusive ideas to appear , and in general “mental images” that cause great discomfort and that appear in the consciousness in a disruptive manner, without anything being done to avoid them.

Stimulus avoidance is the most characteristic behavioural symptom. As for the physical symptoms, we can highlight:

Cases of anthophobia are not very frequent, but those of phobic disorders in general are. For this reason, there is a lot of research that has been carried out in this line, which has allowed the development of very effective treatments to end these irrational fears. Thus, despite the fact that these pathologies cause great suffering, the prognosis for patients is good.

When it comes to seeking help, the first step for many phobics is to go to the family doctor, but the option is to receive treatment from a psychology professional. There are many methods that work to treat phobias, but the best known and most successful seems to be cognitive behavioral therapy. This form of therapy consists of different techniques, among which relaxation and breathing techniques and exposure techniques stand out.

For the treatment of phobias , systematic desensitization is usually applied, which includes the two previous techniques, and which gradually exposes the patient to the feared stimulus. However, first you must learn coping strategies such as relaxation and breathing techniques.

In addition to cognitive behavioural therapy, Mindfulness-based cognitive therapy or acceptance and engagement therapy have also been shown to be very effective. Both types of psychotherapy belong to the third generation of therapy.

In recent years, the development of new technologies has also made it possible to treat phobias differently, since it is now easier to create situations in which the person feels close to the phobic stimulus. Furthermore, this can be done in the clinic itself, where psychological intervention services are offered, in a controlled manner and with a professional supervising the process.

The appearance of virtual reality allowed the patient not to be exposed to the phobic stimulus , but to do so by simulating reality. Some psychologists use this technique with excellent results, which can also be found in mobile apps. You can read more about this in our article: “8 apps to treat phobias and fears from your smartphone”