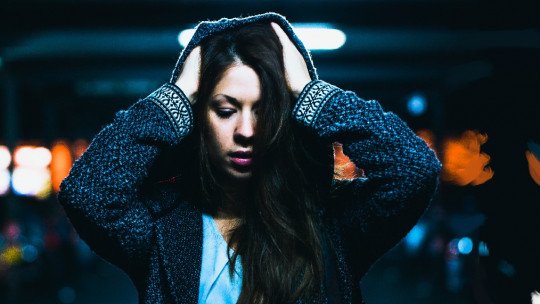 Anxiety and emotional disorders have curious and diverse ways of showing themselves to us, many of which are not usually interpreted as such sometimes even when indicated by a specialist.

Headaches, in the abdomen, in the back, in the arms and legs, in the joints, in the chest … Nausea, dizziness, vomiting, ulcers, diarrhoea … Difficulty in swallowing, difficulty in breathing, skin alterations, aphonia, loss of memory… blindness, deafness…

How does our body react to anxiety?

Logically, when our body shows any of the problems mentioned above, the first thing must always be to rule out a physical origin; but, what happens when medical examinations do not find a cause for that symptomatology?

It is quite common in our social environment to identify the origin of headaches, muscle contractions, or exhaustion as the consequences of a person’s exposure to a significant level of stress or a low mood.

However, there are many more physical symptoms that can reveal that an individual is experiencing a high degree of anxiety or may even be going through a depressive episode.

According to the DSM (Diagnostic and Statistical Manual of Mental Disorders), one of the most prestigious international diagnostic manuals, published by the American Psychiatric Association, all the symptoms described in the previous paragraph, and even some more, can appear in a somatoform disorder , that is, a disorder characterized by the appearance of physical symptoms but whose origin is not in any organic alteration, but is due to a series of psychosocial problems, which are externalized somatically.

It is estimated that approximately 25% to 75% of primary care physician visits are actually due to various somatoform disorders. However, it is also frequent that a large number of these patients do not accept that the origin of their ailments is not found in any organic disease, so their adherence to treatments is usually low.

The Spanish Society of Psychiatry stated in 2015 that somatoform disorders had a prevalence of 28.8% , only surpassed by affective disorders (35.8%), and closely followed by anxiety disorders (25.6%).

It seems clear that inadequate anxiety management or a deficit in the regulation of emotions may be at the root of somatization. And this seems to be one of the great evils of our time.

As a rule, people learn to deal with frustrations and stressful events as they grow up and become adults; from the youngest age, children have to deal with their emotional development, their socialization process , and the formation of their identity and self-esteem.

In this way, one learns that one doesn’t always get what one wants, that I can’t always do what I like, that I have to share affections, spaces and objects, that I have to make an effort to achieve what I want, that I have to trust myself to believe that I can achieve my objectives, and progressively assume that I have to comply with a series of rules that are mostly imposed, but that I finally understand as necessary to obtain a certain harmony when I live with other individuals.

Tools to overcome the demands of daily life

However, obstacles do not end up appearing when we learn to avoid them, nor do frustrations subside when we learn to tolerate them; in fact, adult life is often a strenuous journey in which stressful life events often occur and not a few situations where our goals are endangered or not reached.

If the evolutionary development at a social-emotional level has facilitated the acquisition of tools to cope with stressful situations and to tolerate frustration (loss of employment, break-up of a partner, suffering from a serious illness, traffic accident, loss of a loved one, difficulty in reconciling personal, work and family life, failure to meet life expectations, difficulty in adapting to new situations…), people tend to keep pace and keep moving forward, even if they sometimes need professional help on an ad hoc basis.

But if, on the other hand, these tools were not acquired at the time, then there will be no capacity to tolerate frustration successfully, nor will there be any ability to manage emotions, so that the first major obstacle that arises is very likely to be anxiety, and if it is not properly controlled, a pattern of avoidance or paralysis that will lead irremediably to the suffering of a psychological disorder .

Treating the problems of somatization is difficult because, as we already pointed out, many of the people who suffer from it believe that their symptoms, being physical, must have a physical cause .

Other individuals are reluctant to let a psychology professional intervene, and end up being chronic users of anxiolytics and antidepressants, or going to pain units relatively often; but the truth is that their problems do not improve, although pharmacology relieves them in the short term.

It is clear that psychotherapy is the most useful alternative, perhaps complemented by a pharmacological treatment that acts on the physical symptoms, since it allows the person to understand what and why his somatic discomforts occur in the absence of an organic origin.

Working on the cause of anxiety, on the cognitive patterns that are involved in the perception of stressful situations, facilitating coping strategies, relaxation techniques, skills to manage emotions more effectively, promoting positive self-esteem… Of course, it takes more effort and time for those who suffer from somatization, but what doubt can be had that it is more effective to influence what generates the physical symptoms than simply to act on them indefinitely as a short-term relief, and that never ends up solving the real problem.