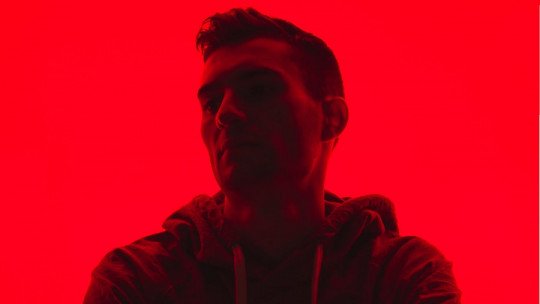 Over the last two centuries, psychology, and especially its clinical application, has modified several of its postulates and concepts.

Among them are diagnostic systems, which have not only been adding and removing psychological disorders but also renaming them in terms one might think of as something else.

One of these disorders is that of anxiety neurosis, a term which today would be rare to find in a patient’s anamnesis . Despite being outdated, its definition and coinage are very interesting. If you wish to know more, we invite you to read on.

What is anxiety neurosis?

The term anxiety neurosis is an expression, nowadays in disuse, originally coined by Sigmund Freud . With this term, the famous Austrian psychoanalyst referred to when a person suffered from periods of deep anxiety and a lot of physical tension. When a person was diagnosed under this label, it meant that he or she was suffering from a state of high excitability and, also, was very worried about his or her future, especially seeing it as very dire (distressing waiting).

Although no psychologist today would give someone the diagnosis of anxiety neurosis, it is worth noting that it has been of vital importance in understanding anxiety disorders and the classifications that have been made of them. The current equivalent to this type of neurosis would be a panic attack .

Neurosis in the History of Psychology

As we were saying, before the current classification of anxiety disorders was drawn up, the term neurosis was used with a definition very similar to the current definition of this type of disorder.

Freud dedicated part of his work to elaborate a detailed description of disorders that shared the label of neurosis, such as phobic neuroses, obsessive-compulsive neuroses, depressive neuroses… and, being the main topic of this article, anxiety neuroses. Nowadays, all these neuroses have been renamed under different categories, especially within anxiety disorders.

In this way, the word neurosis referred, in those times, to any mental disorder that entailed some kind of distortion in the rational thinking of those who suffered from it, in addition to diminishing their functioning at a family, social and work level.

Today the word neurosis has been practically forgotten in the academic world . No clinical psychologist, no matter how psychoanalytic, would use this term when diagnosing someone. However, this does not mean that the word has been totally forgotten in popular culture. Its use at a colloquial level is synonymous with obsession, nervousness and eccentricity.

What are your symptoms?

As we saw, anxiety neurosis is no longer a current diagnostic label in clinical practice and, therefore, to say that it has some symptoms would not be entirely correct, given that really, as it was conceived at the time, this pathology would not exist. However, it can be half overlapped with the concept we have today of what panic disorder is.

Thus, anxiety neurosis can be understood as a pathological problem in which the person presents episodes in which he/she feels great fear and anxiety , appearing suddenly and without any kind of warning. The crisis begins suddenly, without there being a clear factor to explain why the episode is starting to occur.

These episodes of this type of neurosis coincide with panic attacks, which have a variable duration, from about 10 to 20 minutes to hours . Their frequency of appearance also varies, and it is possible to manifest them every so often or, in the most worrying cases, several times every month.

The anxiety the person suffers is very high, his heart racing and usually feeling chest pain, which makes them often think they are having a heart attack.

The following is a list of symptoms that, although taken from the DSM-5 for panic disorder; most of its symptomatology coincides with the original conception of anxiety neurosis .

During the crisis, not all the symptoms shown here manifest themselves, but a significant number do. The discomfort the person suffers while having the panic attack is very high , which may even increase one’s anxiety, which is already high. This is one of the factors that can make the episode last longer.

Since attacks are not predictable, the person lives in fear of experiencing them in situations where, if something happens to him, his physical integrity may be in danger. People who would suffer from this anxiety neurosis would be on constant alert.

As already mentioned, many of the symptoms suffered during the crisis have no apparent biological cause . On many occasions, those who suffer from panic disorders, even though their doctor has told them that they do not have any kind of health problem that explains the chest pain and lack of air, still fear that they may die from a heart attack or suffocation.

Although, given that the term anxiety neurosis is outdated, it is not possible to know statistics and studies that talk about how it interferes with the day-to-day life of patients who would suffer from this disorder, it is possible, as we have done in the section on symptoms, to extrapolate it with how people with panic disorder live their daily lives.

Panic attacks can be unique, especially in high-stress situations. The person may be overwhelmed by the demands of everyday life , especially if there has been some event that has put him/her under particular stress.

However, the interference is very serious when panic attacks occur frequently and without warning. The person does not have the capacity to know what will activate all the above-mentioned symptoms, making him/her afraid to do everyday actions that may lead to such an unpleasant situation.

The person lives constantly in a state of hypervigilance and tension . You are afraid that the future will be worse than how you are living in the present. He/she also fears that it will happen just when he/she is in a situation where it will be difficult to be helped, which causes him/her to develop agoraphobia as a side effect.

With agoraphobia, unlike the popular idea that it is the fear of leaving home, it really refers to the fear of being in a situation where you are in trouble and no one can help you.

As a consequence, the person with panic disorder combined with agoraphobia begins to restrict his behavior, avoiding certain places or avoiding leaving his safe place , usually by always being at home with someone.

The treatment for anxiety neurosis would be the same for panic attacks. It would consist of helping the person who suffers these episodes of anxiety to develop and perform more functionally in their daily life, in order to enjoy a family, social and work life as close to normal as possible. For this purpose it is necessary to combine psychopharmacology with psychotherapy .

Other prescription drugs such as benzodiazepines, which are central nervous system depressants and induce a state of calm. The most commonly used for this condition are alprazolam and clonazepam , although their use would be limited in short-term treatment due to their high risk of addiction.

Second is psychotherapy, which would focus on working out the distortions in the person’s mind that make him or her think that he or she is going to have an imminent panic attack that will end his or her life. It is also intended to make him/her see that there are not as many dangers as he/she believes and that, if something were to happen to him/her, it is quite likely that someone would end up helping him/her if he/she were, for example, on the street or in a public space.

Stress management strategies, relaxation, and breath control are taught and ideas that can serve as anxiety triggers are also worked on. For this purpose, cognitive-behavioral therapy (CBT) is usually used, where the person is encouraged to express his or her feelings and ideas regarding his or her problems and how they affect his or her daily life.