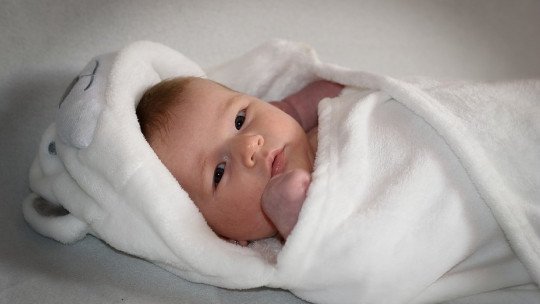 The Apgar test is a test that is given to babies who have just been born. It involves assessing their physical condition in five major areas to determine if they need medical assistance.

In this article we will describe the five criteria of the Apgar test and its mode of administration . It should be noted that, although this is a useful test, its results are superficial and it is important to complement them with other tests in greater depth.

What is the Apgar test?

It is very common for screening tests to be done shortly after delivery to check whether the baby reacts normally to different types of stimulation and whether the baby’s nervous system is working properly.

The Apgar test is one of the most popular methods of neonatal assessment . It involves looking at five informatively relevant functions or characteristics of the infant: skin color, heart rate, reflex irritability, muscle tone, and breathing. The name comes from its creator, obstetric anesthesiologist Virginia Apgar.

The objective of this test is to determine the degree of perinatal stress suffered by the baby in order to assess whether it needs medical assistance or can survive without outside help, taking these five criteria as a basic reference.

Other tests used to assess the condition of newborns are the Prechtl test, which also assesses posture, spontaneous movements or facial expressions, and the Brazelton Neonatal Behavior Assessment Scale , whose criteria include social interaction, muscle capacity, control of alertness, and physiological response to stress.

The Apgar test is applied by medical or nursing staff one minute after birth, and is passed again five minutes after delivery . In this way it is possible to obtain a general and rapid idea of the baby’s condition, although the information provided by this test is limited since it only detects evident complications.

The five variables we have mentioned (and which we will describe in detail in the following section) are scored from 0 to 2; while the minimum score is an indication of the existence of very serious problems in that area, 2 indicates normal and healthy functioning.

Since there are five criteria that can be scored with a maximum of 2, the final result will always be between 0 and 10 . The higher the overall score, the better the baby’s physical condition. If it is below 4, the baby will require urgent medical attention, while if it is between 4 and 7, a more detailed evaluation will be necessary.

The areas analyzed by the Apgar test constitute a representative sample of the basic physiological responses of newborns. Although the scores on each criterion are summed to obtain an overall rating, a 0 or even a 1 on any of the variables can be important warning signs that the infant has physical problems.

The term “Apgar” is an acronym for the criteria in English, the original language of the test, although it can also be obtained with an approximate translation in Spanish: A for appearance, P for pulse, G for gesticulation, A for activity and R for respiration.

The criterion “appearance” refers to the color of the baby’s skin. The normal tone is scored with a 2; a bluish colour in the extremities will be assessed with a 1, while if the whole body has a pale blue appearance the result will be 0.

The heart rate is evaluated using a stethoscope. The heart rate is considered adequate when it exceeds 100 beats per minute ; 1 is given when the rate is lower, while 0 is reserved for cases where no heart activity is detected.

The reflex irritability criterion (“gesticulation” in the acronym) measures the baby’s response to annoying physical stimuli, such as a pinch. 0 indicates an absence of reflex irritability, 1 indicates the presence of weak gestures, such as frowning or crying, and 2 includes forceful responses such as coughing, sneezing, or loud crying.

In this case a score of 2 is given when the muscle tone is elevated and the baby moves actively . A 1 means that the muscle activity is weak, and a 0 that the muscle system is in a state of flaccidity and laxity.

A score of 2 on this criterion indicates that the baby cries normally. Slow or irregular breathing will be assigned a 1. A 0 means the infant is not breathing on his or her own.