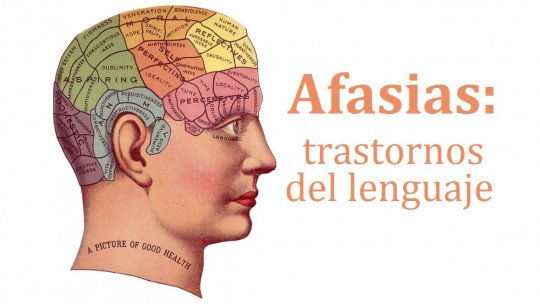 One of the reasons why neuropsychology is interesting is that it allows us to see to what extent mental processes that appear to be one thing are actually the result of many different mechanisms acting at the same time in the human brain. Prosopagnosia, for example, is proof that a person with the ability to see perfectly can become unable to recognize human faces.

Although the vision of something that should be familiar and its recognition seem to go hand in hand, an injury to certain areas of the brain can make that illusion go away by overriding one of those mechanisms and causing the other to continue to function without it.

But this does not only occur with the basic mental processes related to perception, but is also extendable to those more related to more abstract thinking. Aphasias, for example, are an example of how certain facets of the use and mastery of language , and not others, can be altered from certain lesions in the brain.

A person with aphasia has an impaired ability to use language itself, both in understanding and in producing language, even if he or she has no perceptual or motor problem that would prevent him or her from hearing or seeing well or moving the muscles in the mouth to speak.

The variety of brain lesions that can trigger the appearance of aphasia (or several types of aphasia at once) are very varied, because the network of neurons that have a role in language production or comprehension is very distributed .

Aphasias are generally considered to occur when an injury causes an interruption in the flow of information through which images and thoughts are passed to linguistic symbols organized according to language structure (in a similar way to when we notice that we have a word “on the tip of our tongue”) or when this brain damage prevents words heard or read from being transformed into images and thoughts.

However, this is still a matter of discussion, since it is not clear to what extent our brain distinguishes between thoughts formulated as part of language and thoughts that exist independently of the languages we master . On the other hand, the concept “aphasia” is quite abstract. What many patients with language disorders have are, rather, types of aphasia.

Below you can read about these types of aphasias .

People with Broca’s aphasia have more difficulty producing language than understanding it. they have a hard time writing and speaking, take a long time to choose the words they want to say and also have problems with pronunciation and modulating the tone of voice. The symptoms of this type of aphasia can be detected even by someone who does not understand the patient’s language.

Although they have less difficulty understanding texts or oral language compared to their ability to speak and write, people with Broca’s aphasia will be unable to repeat literally the phrases or words they hear , regardless of whether they understand them or not.

An example of a fictional character with symptoms similar to Broca’s classic picture of aphasia is Hodor , from the series Game of Thrones and the books Song of Ice and Fire: although he seems to understand what he is being told, his ability to speak is almost completely nullified.

Unlike the previous type of aphasia, in Wernicke’s speech is fluent and it is not difficult to speak at a normal pace or even very quickly, maintaining correct pronunciation and intonation .

However, generally the phrases or words produced by a person with Wernicke’s aphasia are not well constructed, as words are often replaced by others belonging to the same semantic field (e.g, replacing “oven” with “washing machine”) some phonemes are changed for others (changing “cat” for “gado”) or sentences are built with big syntactic mistakes in which nothing can be understood because there is no proper structure and verbs have been replaced by adverbs, nouns by articles, etc.

Furthermore, in this type of aphasia the comprehension of oral and written language is quite altered , as well as the ability to repeat words.

If in Broca’s and Wernicke’s aphasia the lesion affects areas related, respectively, to language production and the organization of language to form units with meaning, in conduction aphasia the brain damage affects the networks of neurons that connect these two nuclei of the brain to each other.

That is why a patient with this type of aphasia will have fluent speech and his or her ability to understand language will remain in a relatively good state, but will not be able to literally repeat the words or phrases he or she hears and sees written , because in order to do that the circuits leading from the part of the brain where the word or phrase is recognized as a whole with meaning to the part where this information is “translated” into speech or writing instructions must be intact.

In addition, in this type of aphasia, the phrases that are produced also tend to present undue substitutions of phonemes and words.

Another type of aphasia is global aphasia .It consists of a generalised alteration of language that seriously affects both the production and comprehension of language . Generally, people with this syndrome cannot repeat words or phrases either, and in some cases they will only be able to say one or a few syllables or words that they will repeat regardless of the context.

The transcortical aphasias are characterized by maintaining the ability to repeat phrases and words, something that did not occur in the four previous types of aphasias.

In this syndrome there are symptoms similar to those of Broca’s aphasia, with non-fluent speech and the ability to understand language more preserved, but adding the possibility of repeating the sentences they hear or read, however long they are . In other words, someone with transcortical motor aphasia is not able to speak spontaneously, but can repeat anything.

It is similar to a version of Wernicke’s aphasia in that you can repeat what you hear, but not what you read. Furthermore, sometimes involuntarily repeats all kinds of syllables or words that have been heard , a phenomenon known as echolalia .

This type of aphasia is similar to a mild version of global aphasia in which the ability to repeat is preserved, even if the words are not understood . Among the typical symptoms of this type of language impairment, echolalia is also common.

Unlike the other types of aphasia, in anomic aphasia both language production and comprehension can be almost normal, and its main symptom is anomia , that is, difficulty in finding the right words to say something. People with anomic aphasia tend to use many generic terms such as “thing”, “that”, etc. From time to time these difficulties lead them to use circumlocutions, to try to explain themselves again using alternative phrases or by lengthening what is being said to try to get details and clues about what is meant.

Language is more complicated than it seems

It is not always easy to identify the types of aphasia that some patients present, since the symptoms can vary a lot and be more or less severe , but in all of them (except in the global one) it is clear that behind the use of language there are many parts of the brain more or less specialized in a task and coordinating with each other so that everything works as it should.

Therefore, certain capacities may be lost while others, closely related to the former, are preserved.