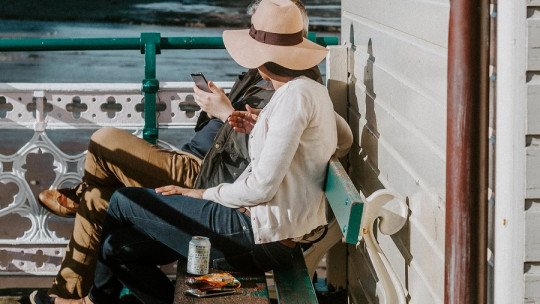 Apraxia of speech is an acquired disorder of neurological origin in which a person’s ability to produce sounds and language in a coherent and intelligible manner is altered due to the alteration of rhythm, intonation or speed of speech.

In this article we will look at what this disorder is, what the main types of apraxia of speech are and their symptoms, as well as the different treatments available.

What is apraxia of speech?

The term “apraxia” is now used to refer to poor motor speech programming. It was the physician and anatomist Paul Broca who first referred to this concept in the mid-19th century . This disorder is a consequence of the damage produced in the left cerebral hemisphere.

Apraxia of speech is a language-related neurological disorder that causes alterations in articulation and prosody (elements of oral expression such as accent or intonation). Evidence suggests that this condition is the result of injury to the third frontal convolution of the dominant hemisphere (in the Broca’s area) or Brodmann’s area 44 and 45. It has also been suggested that the basal ganglia may have similar speech programming functions.

This type of injury can be caused by trauma, tumours, degenerative diseases, and other meurological disorders , although the most frequent aetiology is usually stroke. Brain injury usually occurs in the parietal lobes or in adjacent areas, with preservation of learned movement patterns.

Less frequently, apraxia of speech results from damage to other areas of the brain, such as the premotor cortex (located just in front of the motor cortex), other frontal lobe areas, or the corpus callosum; there may also be diffuse involvement linked to degenerative dementias.

This type of speech apraxia can occur at any age, although it usually affects adults. This specific type of apraxia occurs as a result of injury to areas of the brain that are involved in speech and results in loss or impairment of speech skills. It may result from a stroke, head injury, tumour or any other disease affecting the brain.

In addition, this type of speech apraxia may occur along with other disorders affecting the nervous system , such as: dysarthria, a disorder characterized by difficulty articulating sounds and words, caused by a paralysis or ataxia of the nerve centers that control the phonatory organs; or aphasia, a language condition consisting of difficulty or inability to communicate through speech, writing, or mimicry, due to brain injury.

This type of apraxia is present from birth. Childhood apraxia of speech is not the same as a developmental speech disorder, in which the child develops normal speech but more slowly. In apraxia, children have difficulty planning the movements needed to produce speech.

Although the muscles involved in the speech process are not weak, they do not function as they should because there is an obvious difficulty in directing or coordinating movements. However, the causes of this disorder are still not well understood, as studies and neuroimaging tests have not been able to find evidence of brain damage or differences in brain structure in these children.

It is common for children with apraxia of speech to have a family member with a history of a communication disorder or some kind of learning disability. For this reason, some researchers have suggested that genetic factors may play a significant role in the development of the disorder. It should also be noted that sex would be an equally significant variable, since this type of apraxia usually affects boys more than girls.

There are a number of characteristic symptoms in people with apraxia of speech. Although may vary depending on age and severity of the disorder and speech problems, the following are the most common:

The person makes trials and errors and then tries to correct himself.

The objective of the treatment of apraxia of speech is to achieve that the patient is able to communicate effectively ; therefore, what the professional pursues is to restore, as far as possible, the patient’s speech, that is, to become functional even if it is not possible to return the person to the levels of communication that existed before the appearance of the disorder.

Currently, there is a consensus that there are five categories of treatment for apraxia of speech: kinematic articulatory; rate and/or rhythm-based treatment; alternative and/or augmentative communication; intersystemic facilitation and reorganization; and other treatments.

Kinematic articulatory treatment focuses on treating articulation problems by focusing on the spatial-temporal aspects of speech production. With regard to rate and/or rhythm-based methods, the method is based on treating the alteration that patients present in the speech production times, helping them to control the rhythm and thus recover the temporal patterns of speech.

As for , alternative and augmentative communication are two forms of intervention that seek to improve communication by using modalities other than traditional speech. Some activities of this method involve the use of symbols, drawings and communication boards, computer programs, etc.

Finally, in relation to the techniques of facilitation and intersystemic reorganization, it should be noted that these methods include the use of systems and modalities that are intact in the patient to facilitate the implementation of other modalities and systems that are altered; for example, through the use of gestures or graphic stimuli that facilitate speech, singing familiar melodies , etc.