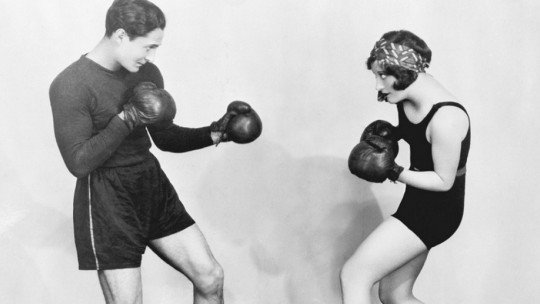 Psychology and Criminology have been concerned with investigating which psychological variables are related to crime.

Thus we know, among other things, that young people commit more crimes than adults and men more than women. Does this mean that men are more aggressive than women?

Is aggression greater in men?

Female crime has been a forgotten field of study. Likewise, for quite some time, it has been maintained that women, in the commission of crimes, take a passive role: accomplice or cover-up.

However, social progress and the advancement of women in society have altered this point of view, and today we find that there is an increasing number of women in prisons, although it is true that, despite the increase, nine out of ten prisoners are men .

We now know that crime is much higher in men than in women, but women’s crime has not stopped growing. Thus, we know that crimes committed by women are less violent , but that they are increasingly frequent and committed by younger women (data concluded by the Fontanesi Report of the Council of Europe).

With all these data, we ask ourselves if it is true that men are more aggressive and, consequently, commit more acts of crime, or if women have been socialized differently, have had fewer opportunities to commit crimes openly and are more influenced by gender expectations that have made it more difficult for them to commit criminal acts and if, therefore, by changing this panorama of differences between the sexes, women equate aggressiveness and crime with men.

It is not an easy question to solve, but research suggests that there is a conjunction of biological and psychosocial aspects that explain why men tend to develop more violent behaviour.

Psychosocial aspects of the difference in aggressiveness

On the one hand, we can observe and it has been verified that in childhood boys present more frequently behavior and aggressiveness problems, more exploratory behavior, and play more abrupt activities .

On the other hand, boys in childhood tend to relate to larger groups in number of people, so there are more leadership problems than in groups of girls, which tend to be smaller.

Furthermore, it should not be forgotten that women have been more socialized to value different qualities of social life, such as honesty and prudence, which are factors that inhibit criminal behavior. This perspective indicates the importance of socialization when developing aggressive behaviour in men and inhibiting it in the case of women.

From the biological point of view, we must take into account that males present higher levels of testosterone , which precipitates aggressiveness, and lower levels of estrogens, which lead to less aggressiveness. Early hormonal influences in the gestation period masculinize or feminize the brain, conditioning the brain structures, hormonal and receptor concentration.

Partly because of this, the intensity of responses to certain stimuli is different in girls than in boys, generally with boys responding more aggressively on more occasions. This process of masculinization or feminization is activated again during puberty , with males being more receptive to testosterone, which, if certain difficulties or stress are added, can result in violence.