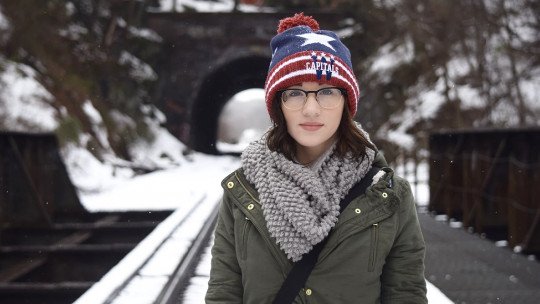 Can a person’s personality condition them to develop a mental disorder? Does an extroverted person have less susceptibility to a depressive disorder?

Recent studies point to the idea that there are certain personality traits that protect a person from depression or other emotional problems. Throughout this article, we’ll talk about what they are and see explanations of why they might prevent us from getting depressive disorders.

While it’s true that anyone is susceptible to a depressive disorder, and while there are many factors that play a role in the development of depression, personality traits are among the most influential.

Thus, just as there are certain personality traits that make a person more vulnerable to developing depression, recent studies have shown that there are others that can have a protective effect on a person’s mental health .

As for the traits that, along with many other factors, could favour the appearance of a depression, we find the neurotic personality, the cyclothymic personality and the personality with obsessive tendencies.

Those with neurotic personality traits tend to experience many insecurities accompanied by feelings of inferiority, this way of being makes them more vulnerable to suffer from a kind of depression known as dysthymic disorder. This is distinguished by low self-esteem and a melancholy, sad mood that lingers on.

On the other hand, in the cyclothymic personality, the person tends to have ups and downs in his mood . This oscillation, together with a series of external factors, can lead to the appearance of a bipolar disorder, in which the person goes from feeling deeply sad and depressed to periods of extreme happiness and expansiveness.

Finally, people with obsessive personality traits, with extremely ordered habits, and being meticulous and perfectionist , may develop situational depression. In which the person experiences a short-term depression as a consequence of notable and unexpected life changes.

In contrast, whatever type of depressive disorder a person may have, recent research has found a link between certain personality traits and a lower risk of depression.

These factors are extraverted personality and emotional stability :

We understand by extroversion or outgoing people, all those who enjoy being with more people, are sociable, have an extensive network of friends and have a great involvement with the outside world around them. In addition, they are action-oriented, energetic, assertive and whose attention is directed to the outside world and not so much to their own inner self.

Another personality trait that has recently been seen as a protective factor against depression is emotional stability. Emotional stability refers to a person’s ability to remain mentally stable and balanced. If a person does not have this stability, he or she will tend to experience negative emotions more frequently .

What do the investigations reveal?

In a recent study, carried out by a group of psychologists from the University of Buffalo, a series of results were obtained that support the hypothesis that if a person is extraverted and applied, these personality traits offer him/her a protection against depression, even though neuroticism is his/her main personality trait .

That is, even though a person may have a predominantly neurotic personality (remember that neuroticism facilitates depression), if the person is also outgoing this trait will weigh more heavily in protecting him or her from depression.

The findings of this research suggest that it is necessary to stop focusing on specific personality traits and look at how combinations of these traits can predict and protect the person from disorders such as depression.

As cited above, the team of research psychologists at the University of Buffalo, led by Professor Kristin Naragon-Gainley, conducted interviews with 463 adult participants who had been in psychiatric treatment in at least the last two years prior to the interview.

After the interview, the participants completed a large number of psychological tests and questionnaires in which the traits of neuroticism, extraversion and consciousness were evaluated, since these three traits are those that have the strongest relationship with mood disorders and anxiety.

The results obtained in this study may shed light on how the combination of certain personality traits favors the development of certain emotional disorders such as depression or anxiety or, conversely, protects the person from them.

According to Professor Naragon-Gainey, high levels of extraversion are a strength for the person, since it favours social interactions and participation in activities that are rewarding . This extraversion favours the creation of a stable social network through which to obtain support, as well as a positive affectivity derived from the interaction with social media.

Likewise, the high levels of scrupulousness or thoroughness are highly related to the search for and achievement of objectives, and to the implementation of plans. This is useful to combat the rejection and avoidance that can accompany neuroticism.

Furthermore, thanks to these findings, psychology and psychiatry professionals will be able to reinforce, through psychological treatments, those personality traits that studies have pointed out as protective.