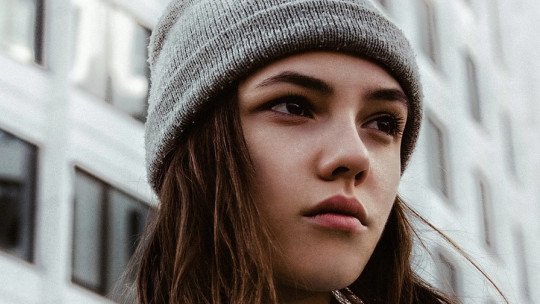 When we relate to others, we have to enter into a kind of game of tensions in which we have to make the perspective of ourselves, on the one hand, and that of others, on the other, fit together. And this is not always easy since each individual has a different set of characteristics, beliefs and ways of acting.

Arrogant people are those who fail to take into account the perspective of others , and this can be seen both in their social life and in the discomfort they cause in others. How can we recognize them?

When it comes to detecting signs that help us determine whether or not we are dealing with an arrogant person, these traits can serve as a guide, although each individual is a world.

1. treats with contempt those who are not there

Arrogant people have a special tendency to take credit for what others do, and to criticize. This is a way of trying to gain “social value” in a relatively easy and simple way, although also cruel and tricky, because the other person is not there to defend himself and the fact of bringing out his supposed imperfections creates the illusion that whoever is talking about them does not have those kinds of defects.

2. Do not pay attention to other people’s opinions

There is only one case in which particularly arrogant people take into account the way others react to what they say: if there is clear rejection or disagreement. If not, they usually react very little to the opinions and views of others .

3. They brag for free

Another type of behaviour typical of arrogant people consists in appealing to their merits or privileges very easily , even if the course of the conversation does not require it because it does not deal with subjects related to those.

This is, in short, another way in which people with these propensities try to give themselves importance in their social life. In extreme cases it is even possible to lie clearly, or to overestimate their exploits and not bring up their defects or imperfections.

4. They are cruel to the most timid

This is a way of creating a certain territoriality, showing everyone that one has no qualms about putting someone else in a vulnerable situation, or even humiliating them, sometimes for no clear reason. In this way it is a matter of establishing the idea that it is best to treat such arrogant people with deference.

This is a kind of blackmail : the importance given to them comes because this kind of treatment is imposed, not because they have really earned a leadership position or something similar.

How to treat them?

When interacting with arrogant people, and assuming that your goal is not to involve yourself in them to make them change for the better (something that requires time, effort and preparation that not everyone is willing to put on the table) but to make the dialogue as fluid and as uneventful as possible, you can follow these tips .

1. Do not show submission

Arrogant people tend to take advantage of the way others submit to them, which is relatively common because of the arrogant attitude of the former. Some people automatically, spontaneously and semi-consciously allow themselves to be carried away by this dynamic of domination that the arrogant person imposes in a conversation, and from the point of view of the party that “leads” this dialogue, this makes it possible to exploit this situation for their own benefit.

Therefore, it is important to make yourself respected and to express yourself in an assertive way, without giving up your own opinions and interests, even if this means going against the grain.

A common thing for arrogant people is to create a narrative framework (i.e. a communicative context in which to interpret certain things and not others) in which any attempt to contradict them is seen as an outburst, an eccentricity. In this way, for example, by not treating them with deference or granting them special privileges , they react as if we had said something ridiculous, even sometimes with a hint of paternalism and condescension.

In the face of this, which can even be considered a form of gaslighting, we must stand firm. The criterion that one uses to relate to others is as valid as any other. It is important to get the dialogue back on track, without showing any signs of trying to compensate for a grievance.

The best way to counteract this pseudo-importance that the other person gives himself, is simply not to give it to himself . Treat her exactly as you would any other person, but don’t show surprise at her attempts to be dramatically upset.

Maintaining a neutral and polite but assertive attitude is always good in these cases, and if you perceive that the conversation is going down a bad path, it is best to cordially abandon it.