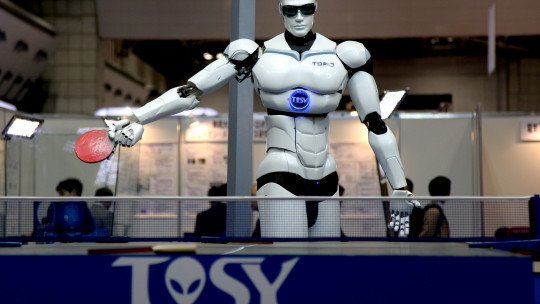 Most of us may find it difficult to understand how machines work. However, next to our brain a artificial intelligence system looks like a six-piece puzzle. Perhaps that is why we believe that in order to understand our way of thinking, perceiving and feeling it is useful to create an analogy between our nervous system and an intelligent machine: perhaps, we think, the latter could be used as a simplified model of what happens in our heads. We even believe that with the sophistication of new technologies we will be able to create forms of artificial intelligence that function in a similar way to us, simply by improving the capacity of our computer systems quantitatively.

That day it seems that it is not yet near . There are many differences that separate us from electronic brains, and these are not superficial but structural. This is a list with the main differences between the artificial intelligence systems typical of computers and the functioning of our brain.

1. Its architecture is different

A machine equipped with artificial intelligence has a number of data input and output ports that we can easily identify. This does not happen in our brain: each substructure of its globality can be both a receiver of data and a sender of information . Nor is it known in which direction the information travels, since endless branches and loops are a constant in the world of neurons.

3. The data the brain works with cannot be stored

One consequence of not distinguishing between channel and information is that there are no large data stores in our head either . That’s why we never remember anything the same way, there are always small variations. In fact, it has been proven that even people with a highly developed autobiographical memory can have false memories.

4. The importance of context

Our organic brains adapt like a glove to every situation , even though each of the situations we live in is unique. What’s more, when faced with unpredictable contexts, different people are capable of reacting in the same way. This is something that we do not find in artificial intelligence systems, in which different stimuli lead to the same result only if those stimuli are previously determined: if A, then C; if B, then C. Human beings, with all our defects, are made to live in a chaotic context. Our brain is capable of interpreting all stimuli, even if they are presented in an unexpected way and are totally new.

Artificial intelligence systems need to be mounted in a very specific way in order to be able to execute commands and make information pass from one place to another in the right way. Brains, on the other hand, are unique to each of us. Next to the network of approximately 100,000,000,000 neurons that support our thinking, the fingerprints that serve to identify us in some contexts seem to be all the same. Moreover, our brains are constantly changing, even while we sleep. The great virtue of our brain is that it can function well at all times despite being subject to constant unpredictable alterations: hence it has been defined as the most complex system in existence.

6. Its origin is different

Any artificial intelligence system has been built by one or more intentional agents : scientists, programmers, etc. Our brains, however, have been carved out by evolution. This means that, while artificial intelligence is built on certain ways of encoding information following logical patterns and operations, our brain has to make do with a set of nerve cells that do things that are typical of nerve cells (redundancy aside). If a machine works from instructions, the functioning of our brain is based on the game of interactions that take place between neurons.

7. We are more emotional than rational beings

This may be a hasty statement (after all, how do you measure the rational and the irrational?) but, nevertheless, it can be said that logical and systematic thinking is reduced only to certain situations and moments of our daily life . While machines equipped with artificial intelligence can only work from arguments and premises, in our case it is normal to skip this step.

Do you realize, for example, that everything you’re doing now is in line with rational criteria, such as the need to keep your back in a position that doesn’t harm it? Or have you ever decided that above all your health, the most important thing is to avoid the effort of keeping your back upright? What’s more, have you ever considered this issue? The truth is that, although rational thought and logic have appeared recently in our evolutionary history, our brain has remained more or less the same for 200,000 years.