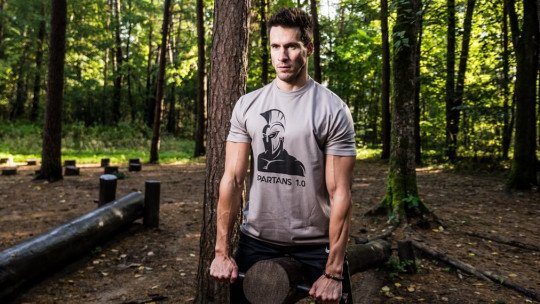 The Ashworth Scale is an instrument that measures the degree of spasticity or increased muscle tone , a problem that causes the patient stiffness and a loss of balance between the contraction and relaxation of the muscles. It is a scale that must be applied and completed by the professional, with the help of the patient.

In the article we explain what the Ashworth scale and its modified version consists of, what the items are that make it up, how it is applied and what its psychometric properties are.

What is the Ashworth scale?

The Ashworth Scale, also called the Ashworth Spasticity Scale, is a diagnostic instrument used to measure muscle tone and spasticity, i.e. the ability of muscles to hold themselves slightly contracted.

This scale was originally created by Ashworth in 1964 and was later modified by Bahannon and Smith in 1989 into what is now known as the modified Ashworth scale. This new version better measures muscle hypertonia.

This instrument consists of a clinical scale for subjective evaluation that allows direct assessment of muscle spasticity from no increase in muscle tone to extreme rigidity when flexing or extending muscles.

The Ashworth scale was validated with neurological patients with different degrees of spasticity and has shown great interobserver reliability, both in the evaluation of spasticity of elbow flexors and in the measurement of spasticity of plantar flexors.

The modified scale adds elements that include the angle at which the resistance appears, controlling the speed of passive movement with a count of 1 second. This improved version is easy to use and works for all joints (although it performs better with the upper extremities). However, it still has points to improve, in the degree of discrimination (between +1 and -1 degrees) or sensitivity.

Items and application of the scale

The modified Ashworth scale contains five main items, in a graduation from 0 to 4, including an additional item in the 1 scale.

Being a subjective rating scale, the score depends on the personal appreciation of the health professional applying it. It is important to know that this scale is heteroadministered, since neither the patient nor unqualified personnel are suitable for its application.

After observing the patient, the practitioner should assign values from 0 to 4, with the following meaning

The psychometric properties of an instrument or rating scale include properties such as validity or reliability, aspects that take into account how effective and reliable an instrument is in assessing what it claims to measure, or the degree to which each of its component elements contributes to the stability of the measurement of each characteristic.

The modified Ashworth Scale has several psychometric studies that have assessed its psychometric properties in order to test its effectiveness and reliability in measuring and assessing muscle spasticity and hypertonia.

The main conclusions reached are as follows:

Other tests that evaluate spasticity

Beyond the Ashworth scale, there are a number of other tests capable of measuring spasticity. Some of the better-known ones include:

In this test, the examining practitioner looks for the presence and amount of muscle contractions and relaxations (pulses) that make movements, above and below the ankle, wrist, and other joints.

The scale is graduated from 0 to 3: 0 being the absence of pulses; 1 being non-sustained or few pulses; 2 being sustained or continuous pulses; and 3 being spontaneous or caused by a light or sustained touch.

The Tardieu scale is an instrument in which the evaluating professional moves the patient’s muscles at different speeds , quickly and slowly, to observe if the resistance changes according to the speed of the movement.